Evacuation lifted but some restricted areas remain around TPC plant fire in Port Neches, here's where

"I want to make it clear that no one is to approach the TPC plant and the areas that are going to be blocked off," Jefferson County Judge Jeff Branick said. 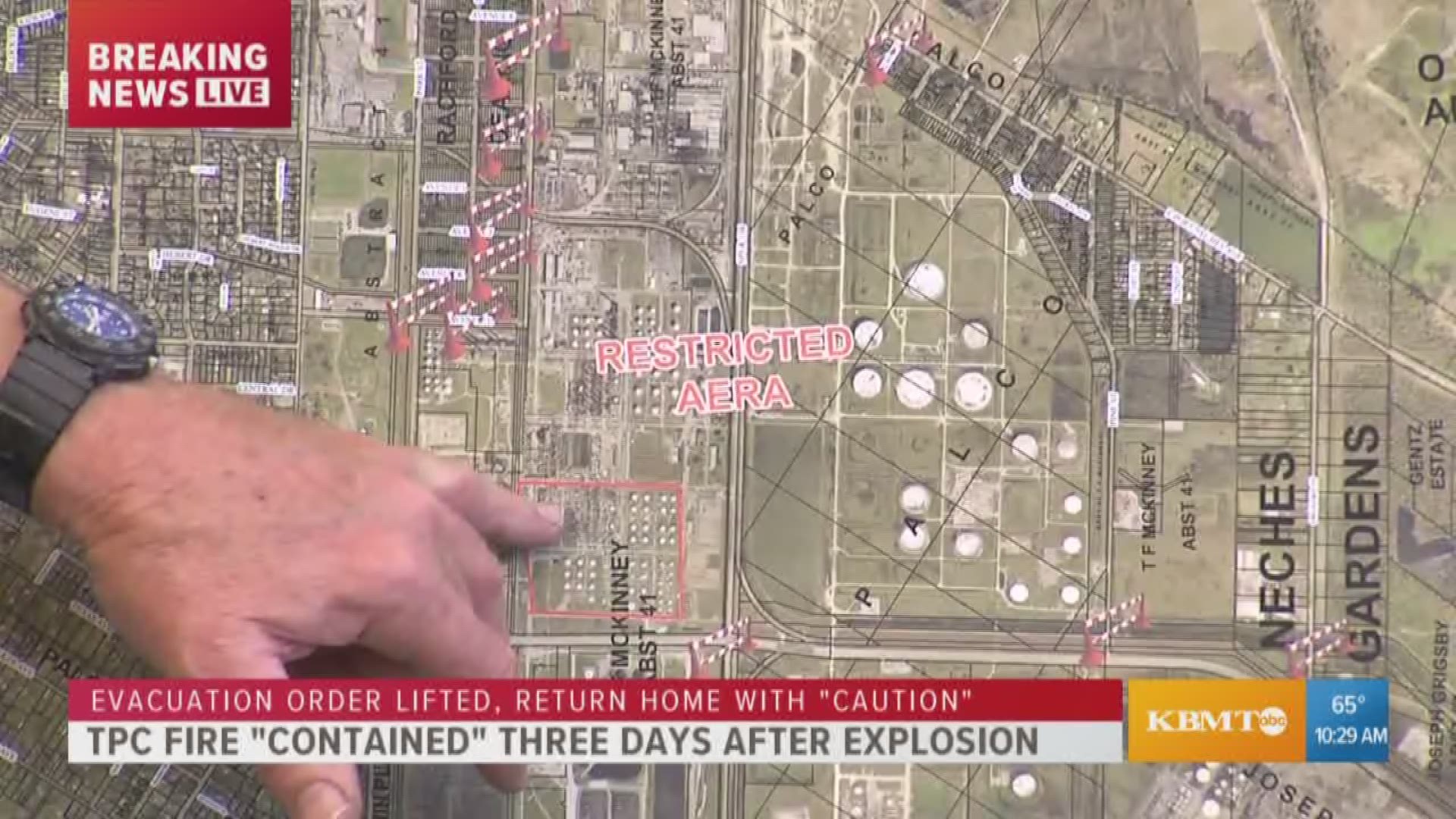 PORT NECHES, Texas — While the mandatory evacuation order following an explosion and fire at the TPC Group plant in Port Neches has been lifted the area immediately surrounding the fire scene is still off-limits.

A designated “safety zone” has been established around the fire area according to a news release from county officials.

All curfews have also been lifted.

The TPC Group plant is at 2102 Spur 136 in Port Neches and is bordered by Highway 366 (Magnolia Avenue) on the south, Spur 136 on the east and the Air Liquide on the west.

Officials say there are no residences in the restricted area but there are a few neighborhoods that will have limited access.

Police will be checking ID in those areas and only allowing residents into that area as there is some equipment on roadways related to supplying water from the river for operations at the fire scene Port Neches Police Chief Paul Lemoine said during the Friday morning news conference.

The following streets have limited or no access as part of the “safety zone.”

"I want to make it clear that no one is to approach the TPC plant and the areas that are going to be blocked off," Jefferson County Judge Jeff Branick said. "(Port Neches Police) Chief Lemoine and his law enforcement are going to be enforcing that closure."

Branick says that while the fire at the TPC plant is "contained", there are still nine spots inside the facility that are on fire.

Officials also noted that no drones are allowed to be flown in the area.

As of Friday afternoon an FAA temporary flight restriction was in place within a three nautical mile radius of the fire area extending from ground level to 30 feet above ground level.

The flight restriction notes that “only relief aircraft operations under direction of Port Neches fire Department are authorized in the airspace.”

Because drones are only legally allowed to be flown within visual line of sight of the pilot a drone taking off outside the restricted area would not be able to be flown anywhere near the fire scene.

RELATED: Risk of severe storms Saturday across the Golden Triangle has dropped from 'slight' to 'marginal'