The device has been linked to pain, perforation of the uterus and fallopian tubes, and migration of the coils into the pelvis or abdomen, according to the FDA. 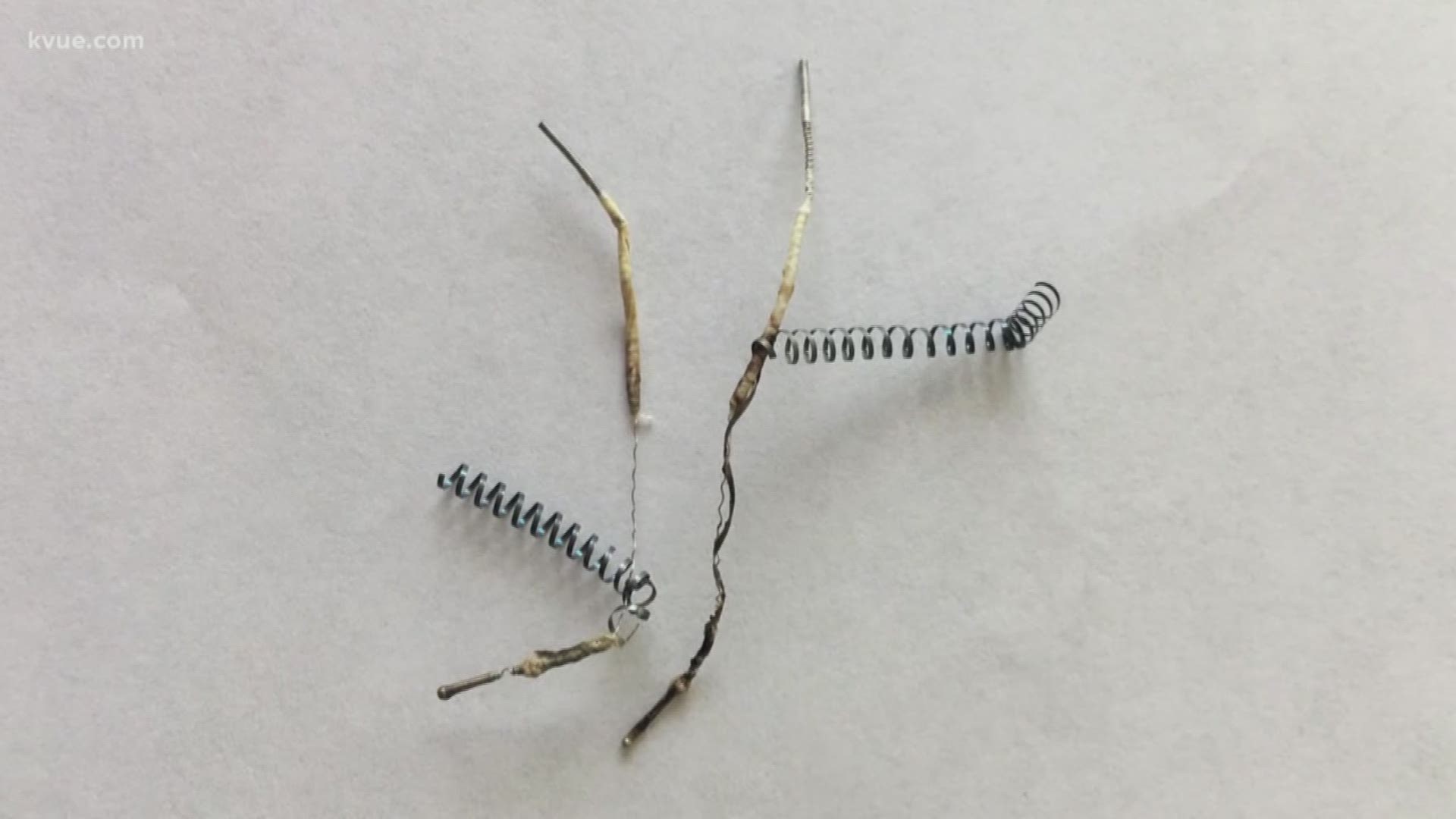 AUSTIN — Essure, a controversial permanent birth control device, will be discontinued in the U.S. by the end of the year, according to its manufacturer.

Bayer cites a decline in sales and negative media coverage as two of the reasons behind its decision. At least 16,000 women have filed lawsuits against Bayer.

"The device has been associated with serious risks including persistent pain, perforation of the uterus and fallopian tubes, and migration of the coils into the pelvis or abdomen," according to the FDA.

Austin resident Kim Garceau told KVUE a doctor implanted the device in her body in 2007 after she and her husband decided they didn't want to have more than two children.

"It was amazing. Everything was great. Menstrual cycle was normal. No side effects. I mean, it was just a great device. It really did serve its purpose for, like, the first five years," she said.

But then, something changed. She began suffering from depression, low sex drive, heart palpations, and fainting spells, she said. She even had trouble exercising.

"I would tell my husband all the time it feels like something stabbing me when I'm running," she said.

Visits to neurologists and cardiologists would lead to even more confusion about her symptoms.

"No one could put a finger on what was going on with me," she said. "I felt like I wanted to walk away from my entire family because I just felt I was broken."

Eventually, she learned she wasn't alone. In 2016, Garceau came across an article discussing Essure and the symptoms thousands of other women were experiencing.

"I'm reading this article as if it was me who had written it explaining everything," she said.

She also joined Essure Problems on Facebook, a group with more than 30,000 members. Many of the women in the group blame their symptoms on the coils inside their body.

Dr. Shawn Tassone, an OBGYN in Central East Austin, has removed more than 500 sets of Essure devices in the past four years, including Garceau's.

"We've seen things from pelvic pain to bleeding to rashes and other things. I'm seeing autoimmune disorders and other things that are happening. And the only reason I know that they're most likely coming from the devices is because I see them get better," he said.

Tassone said it's possible doctors don't know the devices are likely causing problems because they can't see them.

"Because we can't see these coils and we can't feel fallopian tubes because they're harder to get to, I just think we kind of put them out of sight out of mind," he said. "And I just think we've been doing a serious disservice to women for the last 16 years."

Garceau is now Essure-free and happy after getting a hysterectomy in 2017 to remove the coils.

"I feel like I've gotten my life back," she said. "I'm amazing today."

And she hopes other women in similar situations can one day feel happy again, too.