Erica Hernandez hasn't been seen in a week, and now, the FBI is going to help find out what happened to her. 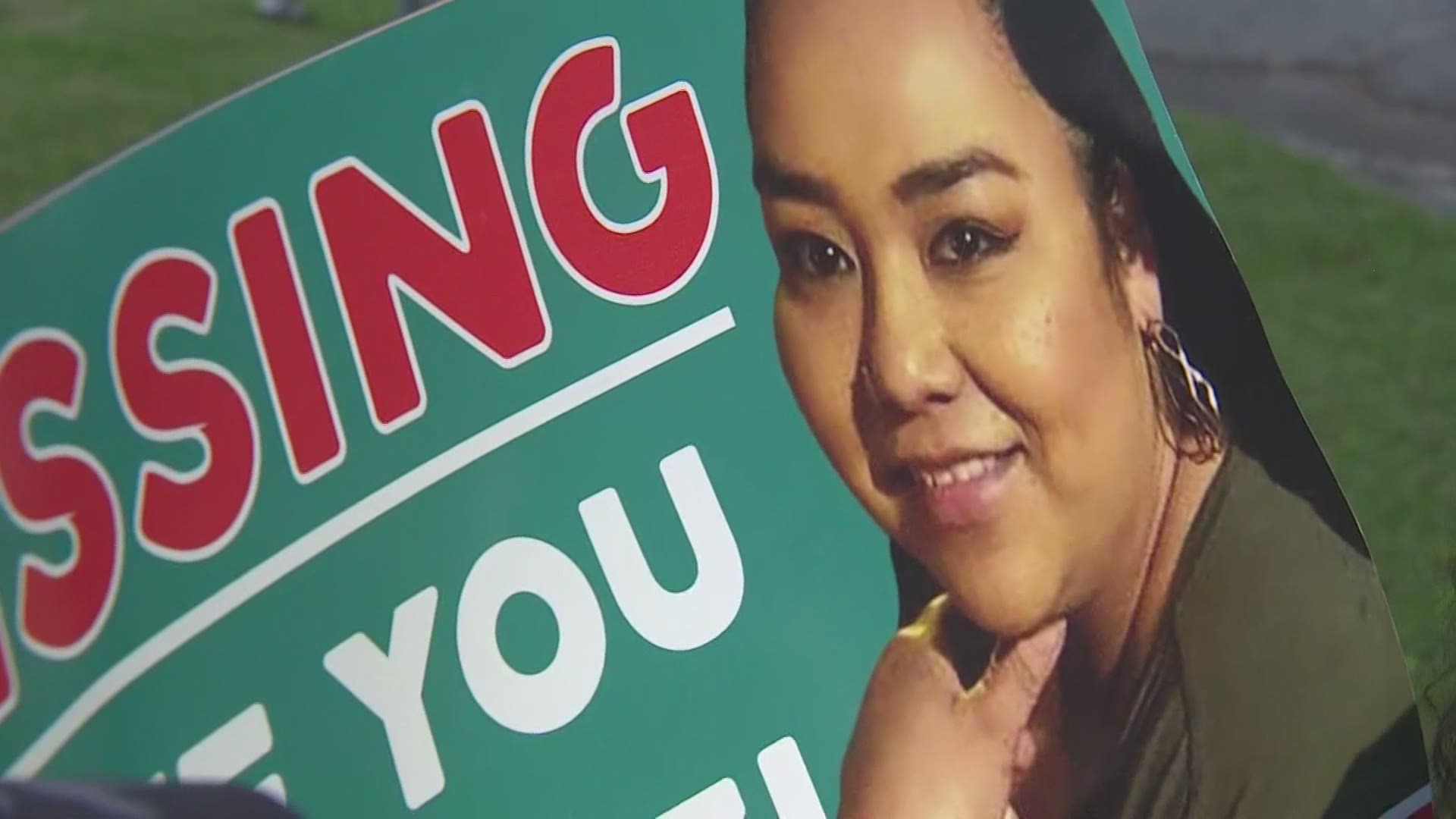 HOUSTON — It's been more than a week since 40-year-old Erica Hernandez was last seen in Houston and the FBI is now joining the search for the missing mother of three.

“It does give me a little more hope," she said. “I’m pretty sure somebody knows something. She didn’t just disappear into thin air.”

She said her sister was a single mother who was working a full-time job answering calls for an insurance company while taking care of her three kids -- ages 19, 15 and 3.

The case now has Rep. Sheila Jackson Lee's attention. At a news conference on Monday, Lee called on the community for help.

Hernandez was last seen driving her black GMC Acadia with license plate MKJ3303 with an Aggie sticker on the back. She was in southwest Houston. Home surveillance video shows her dropping off food at her brother’s house on Saturday, April 17. She never made it back home to her kids.

When Houston police were asked if there’s foul play or a suspect involved, they said right now it is only a missing person case.

“We really don’t have a suspect until we have a reason to change it from a missing person to some type of other investigation," HPD Lt. Manny Cruz said.

As the search enters a second week, and new momentum comes from more agencies on the ground, Hernandez is praying that her big sister will be found.

Texas EquuSearch is also heavily involved. They have plans to search for Erica Hernandez in a new area on Tuesday morning. If you have any information, you can call them at 281-309-9500 or the Houston Police Department at 832-394-1840.