Earlier this week, electronic billboards and banners started going up around Houston. 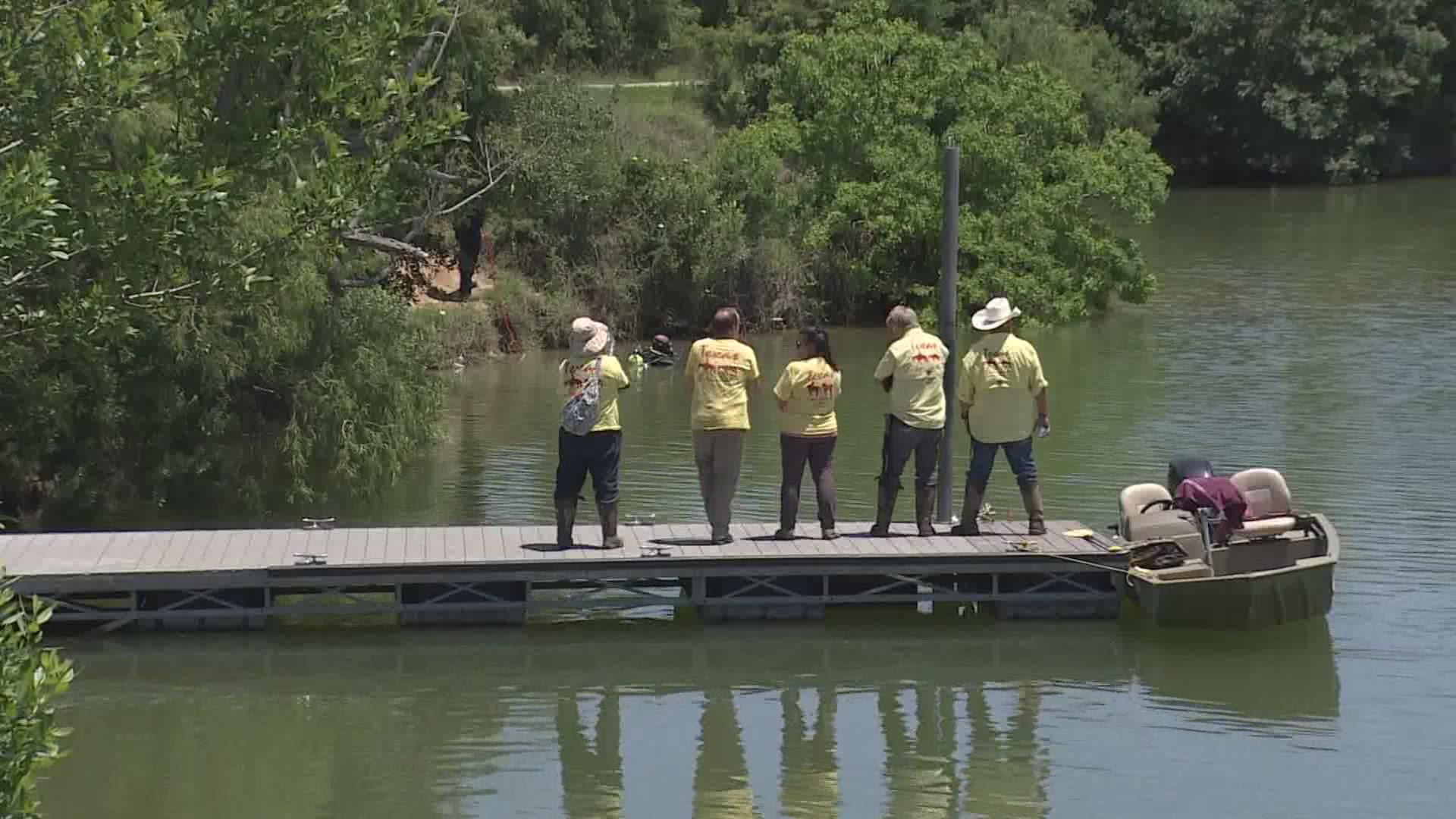 Search teams and volunteers with Texas EquuSearch are now focused in on Buffalo Run Park in Missouri City. At 9 a.m. they started looking over the area by foot and boat.

EquuSearch officials said they are eliminating any possible locations in their search for the mother, age 40.

Houston police confirmed they found a truck "similar" to Hernandez's in a pond, but it's not hers. Texas EquuSearch volunteers haven't found any other evidence related to the case at the park.

Here a picture of the car that was found while searching for Erica Hernández. It is NOT the car she was last seen driving. #khou11 #findEricaHernandez https://t.co/P38EdAobfr pic.twitter.com/wOI0udHXzF

Earlier this week, electronic billboards and banners started going up around Houston. Family and friends are hoping to get as many people as possible to know and remember Hernandez’s face.

She was last seen in southwest Houston on April 17.

Investigators said they first started the search for Hernandez in Fort Bend County after receiving a tip, but that search returned no results. They’ve also looked around the mother’s neighborhood.

The FBI has also started to help in the search.

Police said they haven’t ruled anything out when it comes to Erica Hernandez’s disappearance. Larry Satterwhite, executive assistant chief, said no stone will be left unturned.

“If there is any lead, anything you saw, any way that we might be able to, that might help us find Ms. Hernandez, we really do need that. The family needs that so we are appealing to the public for that," Satterwhite said.

“You know we’re wanting to do everything that is possible to do where somebody could accidentally drive a vehicle in the water or if foul play has happened. We don’t know so we have many, many more areas to do," said Tim Miller with Texas Equusearch.

“I’m back and forth. I’m back and forth on whether she’s going to be safe and sound. My greatest hope is that we’re going to find her in whatever condition it is and she’ll be able to recover from the trauma," said Ashley Hernandez, Erica’s younger sister.

The family is planning a big search on Saturday ahead of Mother’s Day with the hopes they find something that can reunite Hernandez with her three kids.

Watch livestream: Family asks for help in search for mother

She was wearing a teal V-neck T-shirt, jeans, and teal/black tennis shoes at the time of her disappearance. Erica has waist length, dark brown hair with highlights, a nose piercing on the right side, wears glasses, and has three koala bears tattooed on her left shoulder blade. Erica was driving a black, 2020 GMC Acadia with Texas license plates MKJ-3303.

Also read: "It’s just a lot of uncertainty right now. We don’t know where she could be."

If you have seen Hernandez since her reported disappearance, if you know of her current whereabouts, or if you have any information whatsoever concerning Erica’s disappearance; please call the Houston Police Department at 832-394-1840 or call Texas EquuSearch at (281) 309-9500.