Erica Hernandez was reported missing on April 18. Police believe she may be driving a black GMC Acadia with TX license plate MKJ3303. 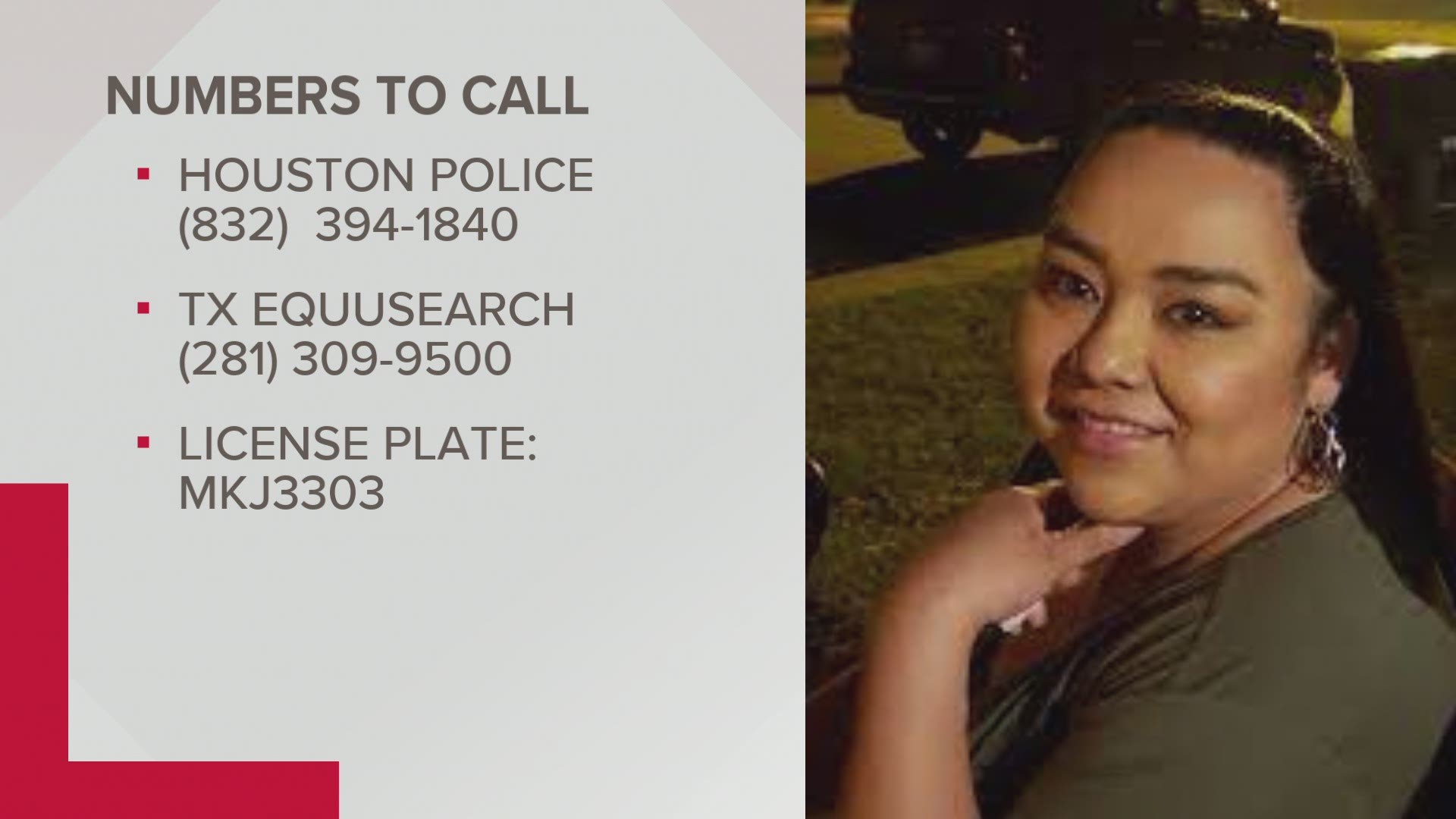 HOUSTON — The FBI has joined the Houston Police Department and volunteers in the search for Erica Hernandez, a missing mother of three who hasn't been seen since a week ago.

On Monday, Hernandez's family met with Rep. Sheila Jackson Lee and investigators. Lee spoke to the media after the meeting and said the search for the missing mother is moving to a larger area. She said the FBI will provide additional resources.

"We’re looking for Erica Hernandez and not letting up," Lee said.

Houston police who work in the department's missing person's division said they have put countless hours into this case and will continue to do so until Hernandez is found.

Investigators said they first started the search for Hernandez in Fort Bend County after receiving a tip, but that search returned no results. Police and several volunteers searched near Hernandez's neighborhood for clues but nothing was found there, either.

RELATED: Family of Erica Hernandez search Sunnyside neighborhood for clues on her whereabouts

Her SUV is described as a black 2020 GMC Acadia with TX license plate MKJ3303. Police said she has an Aggie sticker on the back of her SUV.

Investigators said they need help from the community to broaden the search.

Hernandez's family is offering a $1,000 reward for any information that will lead them to her whereabouts.

They're hoping the FBI will help