Firefighters have extinguished the tank farm fire that sent a plume of smoke over Houston for three days. The investigation and cleanup continue, however. 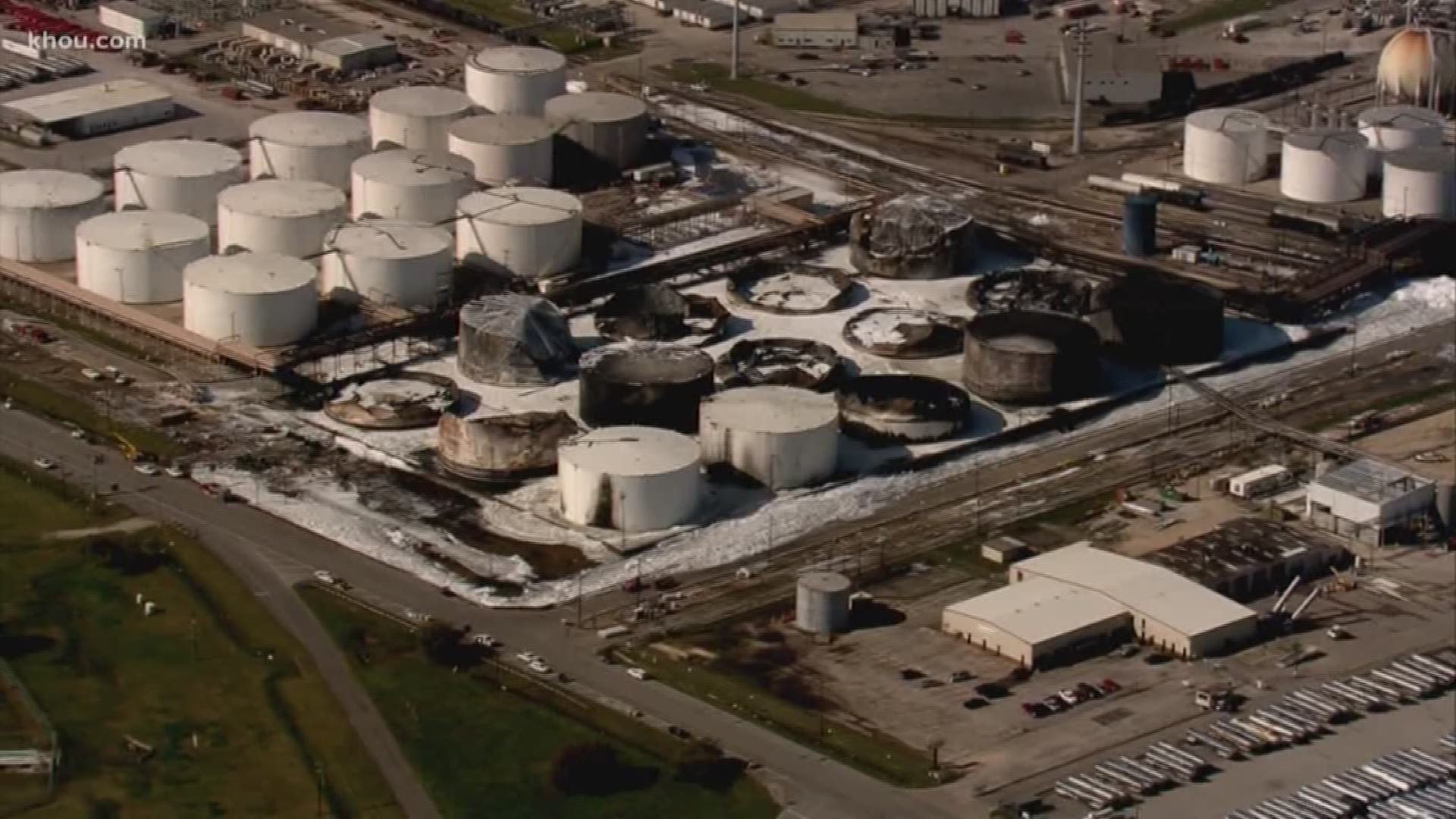 DEER PARK, Texas — The article below is from Wednesday, 3/20.  As of 3/21, elevated levels of benzene were detected and shelters-in-place were issued.

The fire sent a plume of black smoke over parts of Southeast Texas for more than three days. The blaze was officially declared out as of 3 a.m. Wednesday, according to ITC.

At a 10 a.m. press conference Wednesday, Environmental Protection Agency spokesman Adam Adams said they are continuing to monitor air and water samples, which so far have shown no hazardous levels. The EPA said they have monitored air quality from La Porte to Katy.

A manifold leak was blamed as the initial cause of the massive storage tank fire.

“We are sorry for what happened," ITC spokeswoman Alice Richardson said, apologizing again on Wednesday. "Sorry for our neighbors, the community, the employees. Our goal is to be a good neighbor."

Richardson said the company will conduct a "root cause investigation" and will then implement changes moving forward based on what the investigation shows.

ITC said at least 11 of the 15 tanks in the burned area were damaged or destroyed. The remaining four will require further examination. The tanks can hold more than three million gallons but none were at capacity at the time of the fire, according to the company.

The newest video from early Wednesday morning outside the tank farm showed there are no flames visible from the ground.

"Crews continue to spray foam and water on the tanks to facilitate cooling and prevent reigniting of the remaining material," ITC said in the early morning.

On Tuesday afternoon, the company announced instead of focusing on keeping the fire contained, firefighters are now in offensive mode to put the flames out. 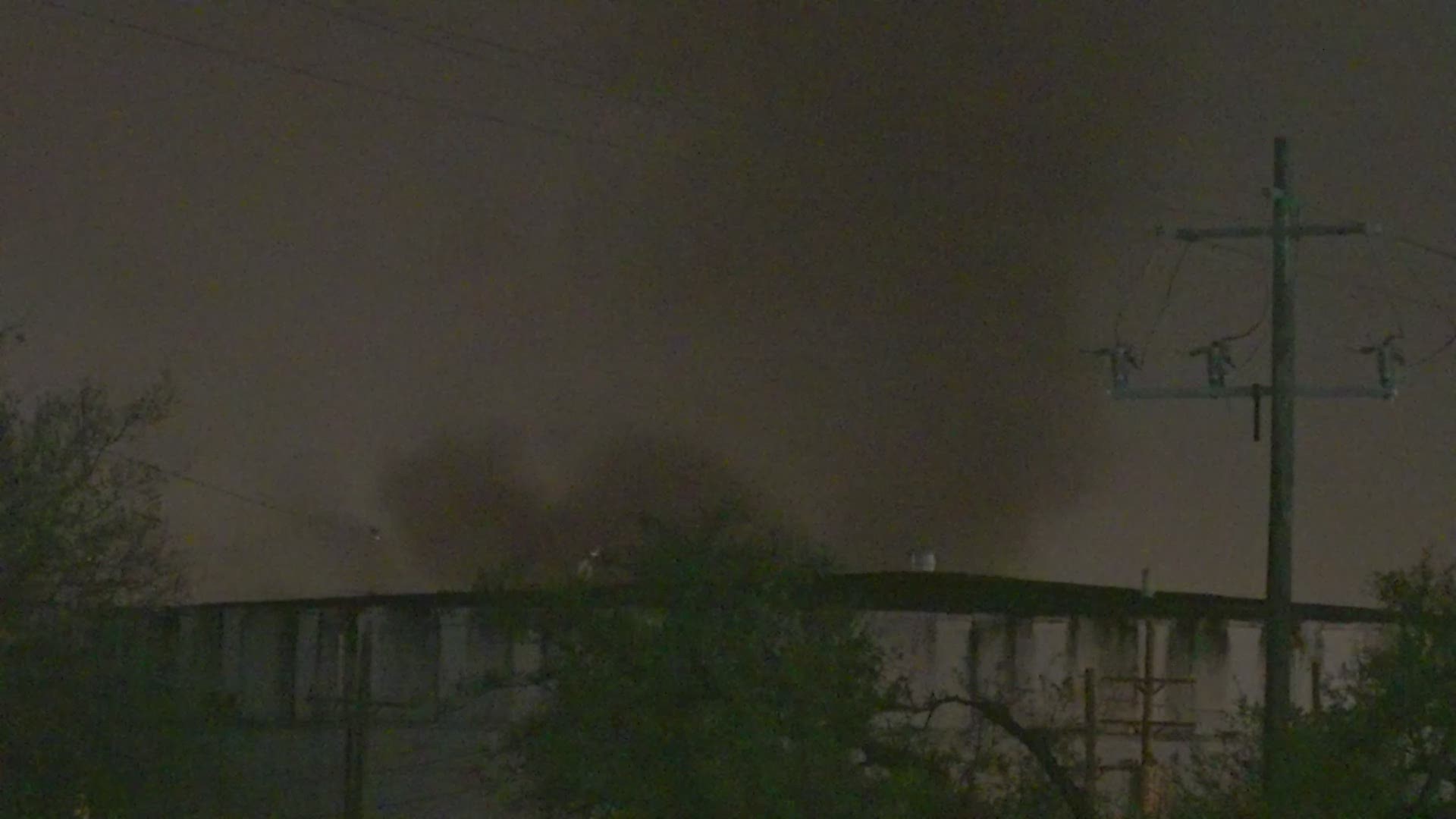 Ryan Sitton, Commissioner of the Texas Railroad Commission, said Tuesday there is no air quality concern.