East End Kroger shoppers said they sometimes bag more than bargains inside the grocery at Polk and Cullen Boulevard. Customers complain of being sold expired food and spotting roaches and bugs inside of the store. 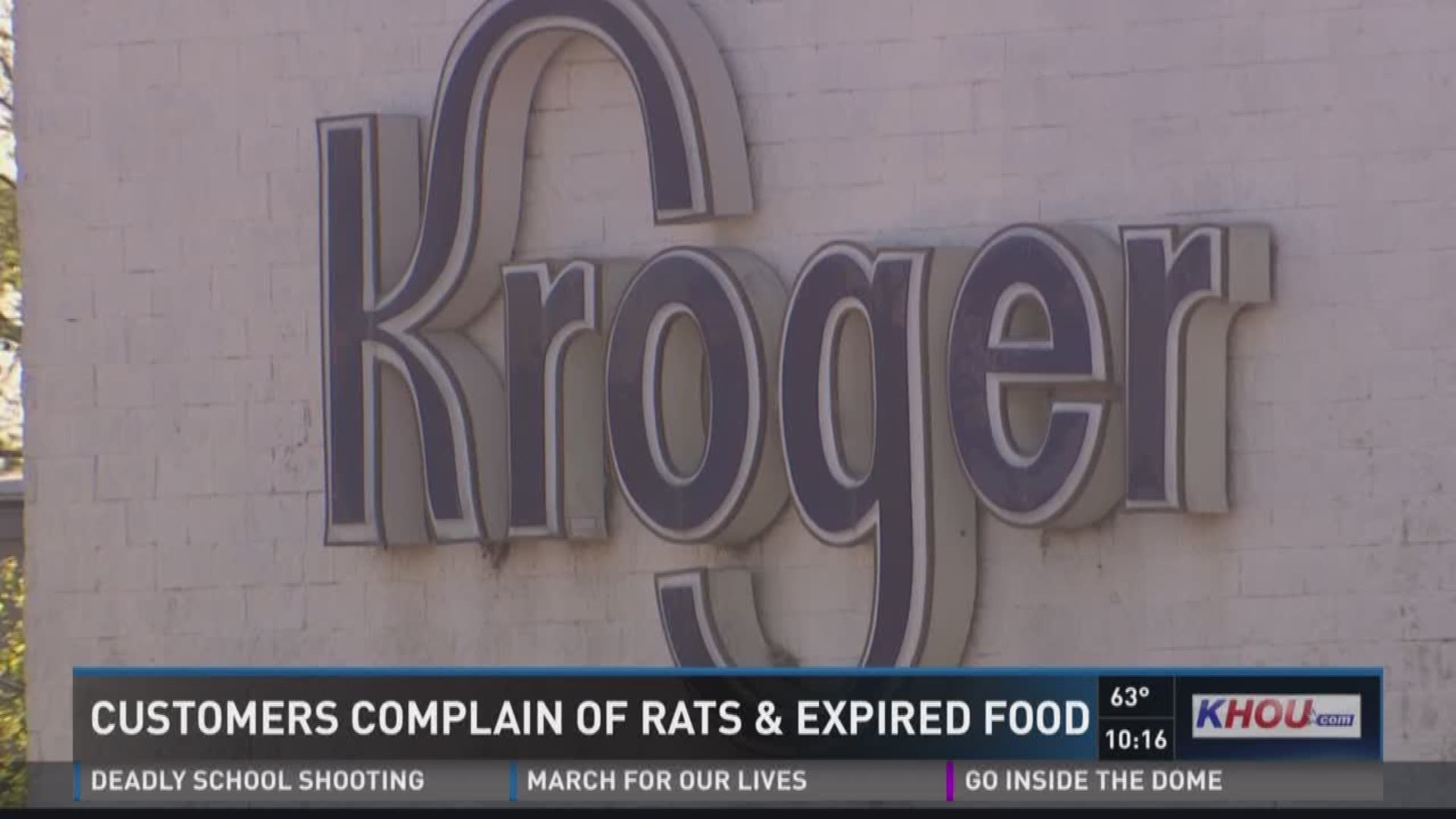 East End Kroger shoppers said they sometimes bag more than bargains inside the grocery at Polk and Cullen Boulevard.

On the NextDoor app, he posted photos of his favorite basil aioli sauce. All four jars sold for 40% off had 2017 expiration dates.

“I almost threw up inside me,” Voronchikin said. “I immediately took it back to the store and told an employee there. He promised to take care of it.”

Online, 20 others complained too. A woman named Julie wrote that “the manager(‘s) special on select gallons of their milk… never will make that mistake again.

Another woman named Melinda claimed “I recently saw a mouse running between (aisles). Have reported their roach problem to the health department. I’m not sure what needs to be done in order for this store to get their act straight.”

A Kroger spokesperson told KHOU 11 News the company is not aware of any complaints about expired food. However, management admitted issues with rodents. They said it started two months ago. After developers cut grass behind the store, managers noticed mice in two parts of the building. Neither is used much by customers, a spokesperson said.

Since the discovery, pest control sprays inside and outside the store several times a week. 10 workers spent Tuesday sealing holes. Management insists that food remains safe and that the company has no tolerance for pests of any kind.

“Our food safety and cleanliness standards are of utmost importance and we have an established aggressive response in place,” Sparkle Anderson, Corporate Affairs Manager for Kroger said. “Our partnership with pest control specialists will eradicate and prevent any further activity.”

With no alternative grocery stores within miles, Voronchikin said he will still spend money at Kroger. It will not, however, happen at the store on the east end.

“We have no tolerance for pests of any kind in our stores. Our food safety and cleanliness standards are of utmost importance and we have an established, aggressive response in place. Our partnership with pest control specialists will eradicate and prevent any further activity. We are also working closely with the city as opportunities in a number of populated areas of this region are experiencing increased activity. We continue to monitor closely to ensure our customers have a sanitary and safe shopping environment. We are not aware of any customer complaints regarding expired food. Store Management first noticed the issue and got the Division Leadership Team involved to work to resolve the issue.”