Sgt. Don Egdorf of the Houston Police DWI Task Force said while bars are closed in Texas, people are finding other ways to end up impaired behind the wheel. 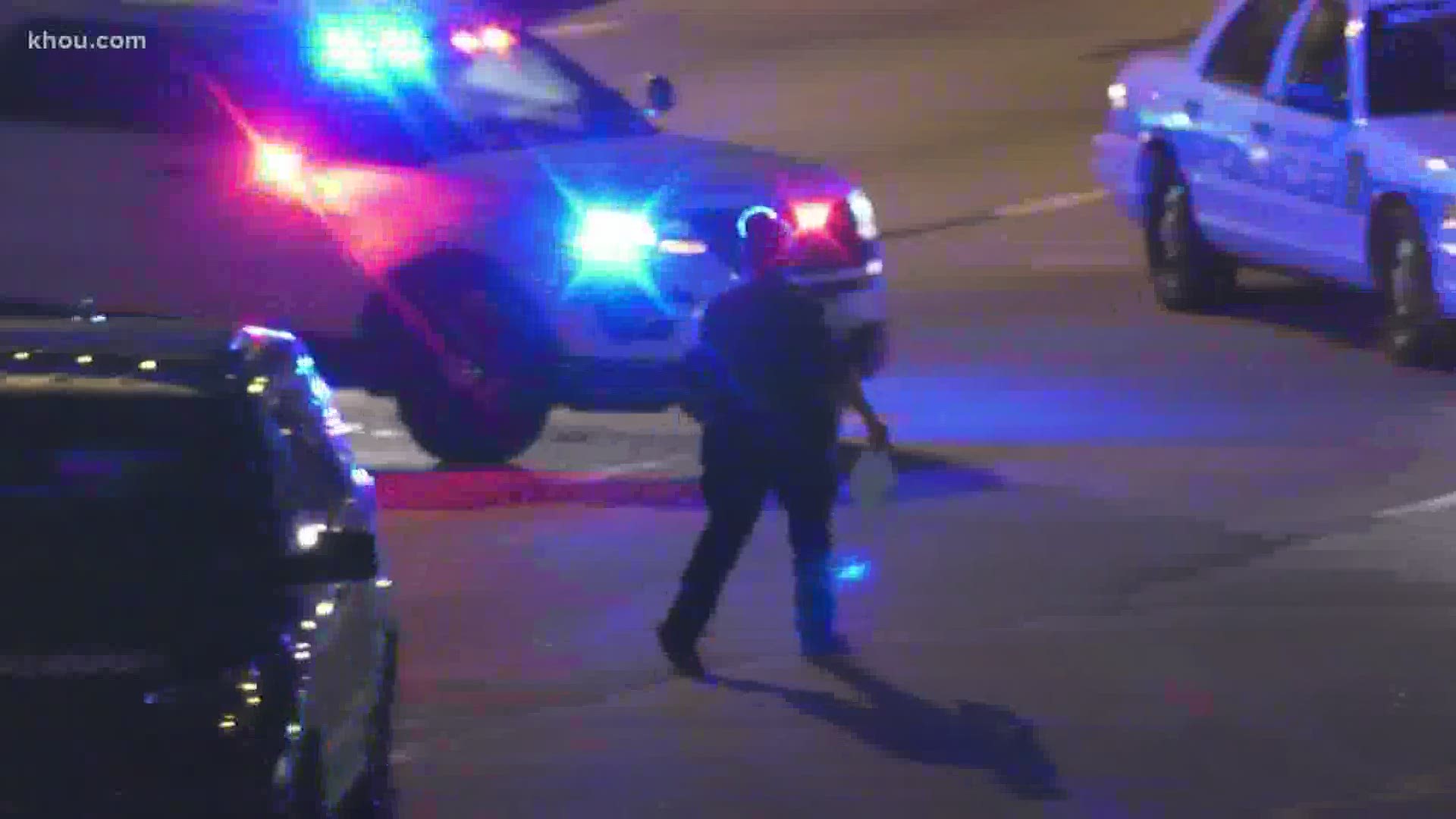 HOUSTON — Houston Police say the number of DWIs in 2020 are not showing the expected decrease due to COVID-19 restrictions.

When COVID-19 hit Texas, Governor Greg Abbott implemented both federal and state-advised regulations to close bars and prevent people from attending live events such as concerts or sports.

Sgt. Don Egdorf of the HPD DWI Task Force, and Vice Chair of Mothers Against Drunk Driving's national organization, said while bars are closed, and people are prohibited from live sports or concerts, people are finding other ways to end up impaired behind the wheel.

“The DWI numbers are still up here instead of taking a big drop. That should be concerning for everybody," Egdorf said.

He said Houston Police arrested roughly 4,500 people for DWI in 2019. This year, they have arrested fewer, but not by much, roughly 200, Egdorf estimated.

Egdorf said such a small difference is surprising, given the thousands of people who go out to bars and live events and subsequently drive drunk.

.@houstonpolice are noticing a concerning trend -- DWIs are still high despite the restrictions of #COVID19 : no bars or live events like sports or concerts. @HCSOTexas and @TxDPSSoutheast will be on the roads this #LaborDayWeekend @KHOU #khou11 pic.twitter.com/RI9JWSvChh

He said the number of fatal crashes and fatal DWI-related crashes have gone up.

"There are so many victims of this crime and there doesn't have to be," Egdorf said.

One of those victims, 23-year-old Taylor McCowan, an Alief native, was killed in a crash involving an alleged drunk driver earlier this year.

Her sister-in-law, Jay, started a nonprofit, "And I Stand," to help educate under-served communities about the permanence of DWI, domestic violence, rape, and sexual assault.

The DWI portion of the outreach is named "The Taylor Project," after her sister-in-law.

“We continue to lose people and people don’t care," McCowan said. “We continue to feel that pain every day. We know we can’t bring her back, but what we will do is continue her legacy.”

Police are still searching for the answer to why DWIs remain so high. One avenue they are investigating is drive-thru alcohol, now widely available from restaurants as part of take-out orders.

"It's something we haven't really had to deal with in the past," Egdorf said.

“If that’s the choice you make, prepare to suffer the consequences," McCowan said.

This Labor Day weekend, Harris County Sheriff's deputies, Department of Public Safety troopers, and more will be out in "full force" to catch impaired drivers.

As always, it’s “no refusal," meaning anyone suspected of being under the influence may have to take a field sobriety test and blood draw.