Neighbors said the truck’s cab was bloodied, but the driver was not immediately located. 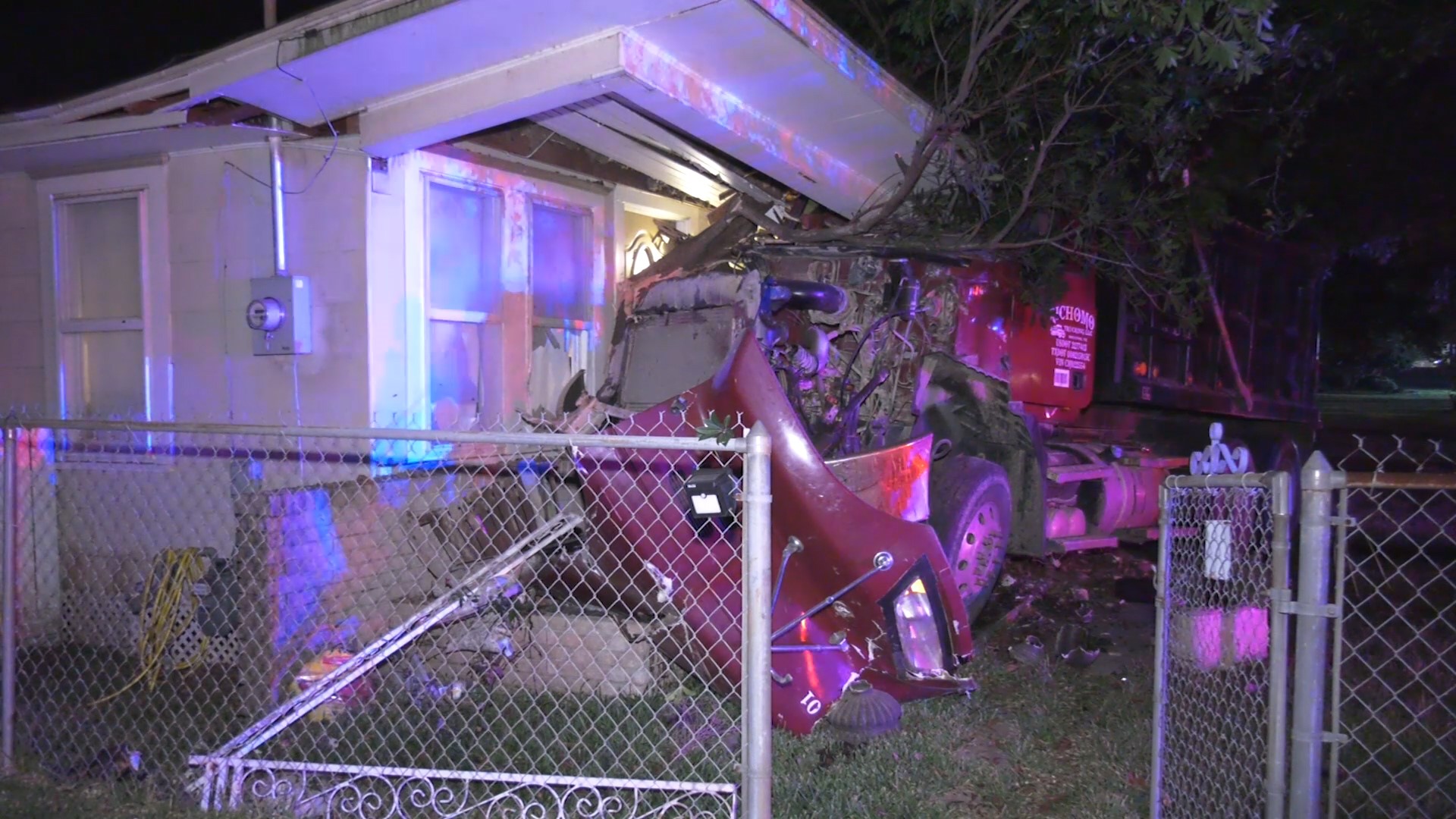 HIGHLANDS, Texas — Deputies are investigating a crash that sent a truck driver to the hospital and damaged a woman’s home in Highlands early Thursday morning.

The crash happened in the 1100 block of South Main Street before 3 a.m.

A neighbor tells KHOU 11 News he was asleep when he heard the crash. He looked out a window to see a large dump truck sitting just outside his sister-in-law’s room.

The dump truck had left the road and crashed into the front of the neighbor’s home. The 93-year-old woman inside the home was not hurt.

Neighbors said the truck’s cab was bloodied, but the driver was not immediately located. They later spotted him walking south of the scene toward I-10. The man was taken to the hospital for his injuries.

At this time there’s no word on any charges in the crash or what may have caused it.