Some of the heaviest drinking all year is expected to happen on one of the deadliest times to be on the road. If that's not enough to sober you up, think of where it might hurt you: your wallet. 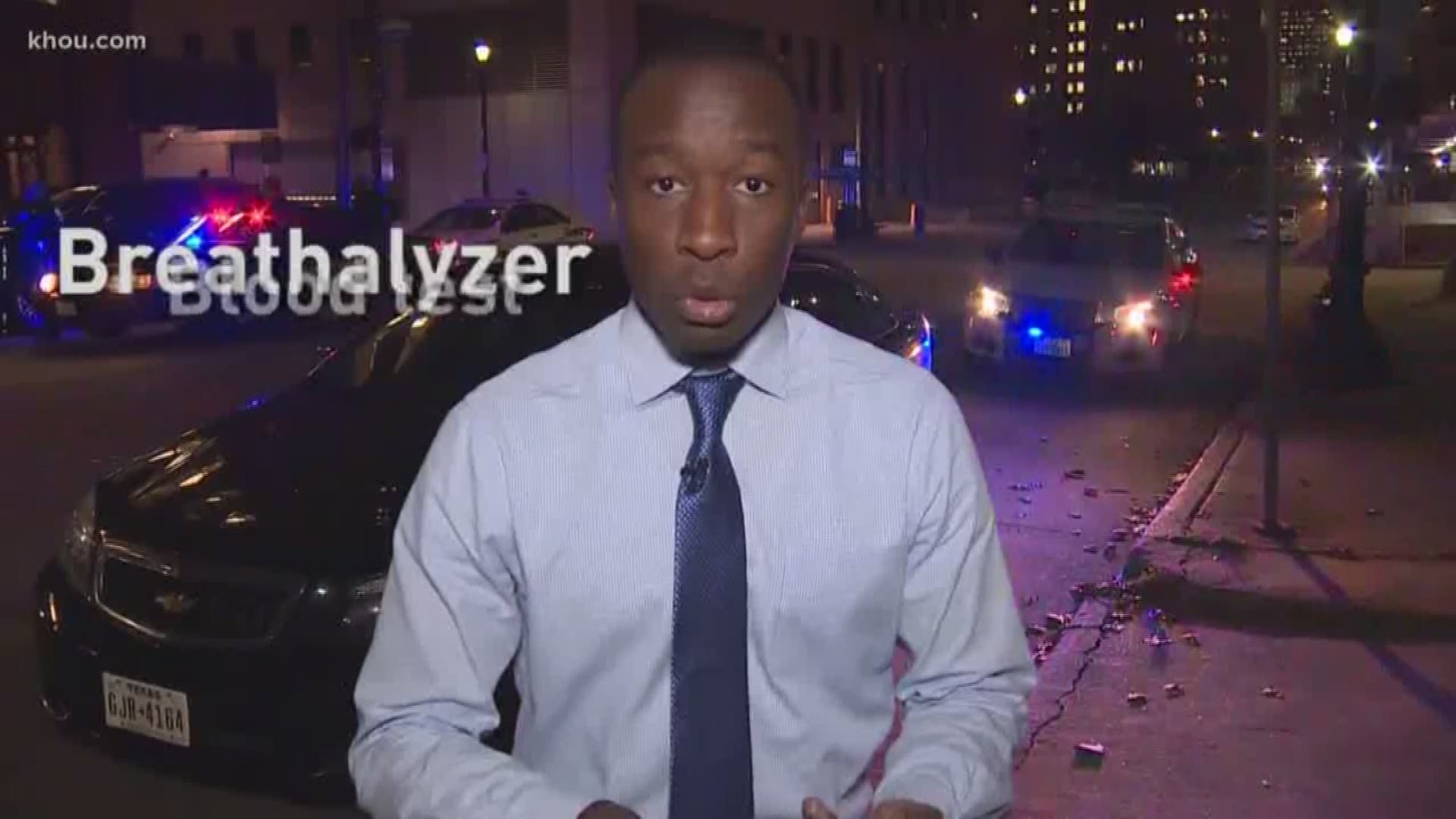 HOUSTON — With a long weekend ahead for many, DUI attorneys say getting behind the wheel drunk will cost you in more ways than one.

The calendar just happened to put NYE on Monday this year, giving some people almost a five day weekend. Some call it a nightmare scenario and for good reason as much of the heaviest drinking all year, falls on one of the deadliest times to be on the road.

In 2017, 1,024 people were killed on Texas roads in accidents where one driver was under the influence of alcohol. Houston was ranked as the deadliest city in the state according to these numbers by AAA Texas.

Houston Police and the Harris County Sheriff’s Office are warning drivers suspected of drunk driving that they will be found.

David Breston is a Houston attorney who represents DUI cases and says law enforcement knows the risks behind having you on the road and will take no chances if the suspect you’ve been drinking.

All weekend long, judges, nurses and attorneys will be on standby to issue warrants requesting blood samples for those refusing breathalyzer.

When you’ve been pulled over, you have only two options. Either you take a breathalyzer or if you refuse, they will request a blood sample. Once you’re arrested, bail can cost you anywhere from $200 to $5,000 depending on any prior offenses.

Breston says it’s always in your best interest to get an attorney to guide you through the process of keeping your license.

The state of Texas charges a Driver Responsibility fee of $1,000 per year for three years as part of the license agreement. That’s on top of the already $200-$2,000 you would need to pay if you’re convicted of the DUI.

Other fees include an ignition-interlock system if necessary or ankle bracelets, which could drive the price up to more than $5,000 a year.

Remember places like AAA will be offering the “Tipsy Tow” program offered to drivers on NYE. Anyone within a ten-mile radius of downtown, can have their cars towed home if they’ve had too much to drink.

Rideshare program LYFT is also offering a discount of $5 off your ride if you use the promo code: NYEPLAN18. It’s part of their “Plan Ahead, Ride Safe” campaign.

Just keep in mind if you do plan on drinking, find a sober ride.