HPD is still investigating when and where the driver was shot, investigators said. 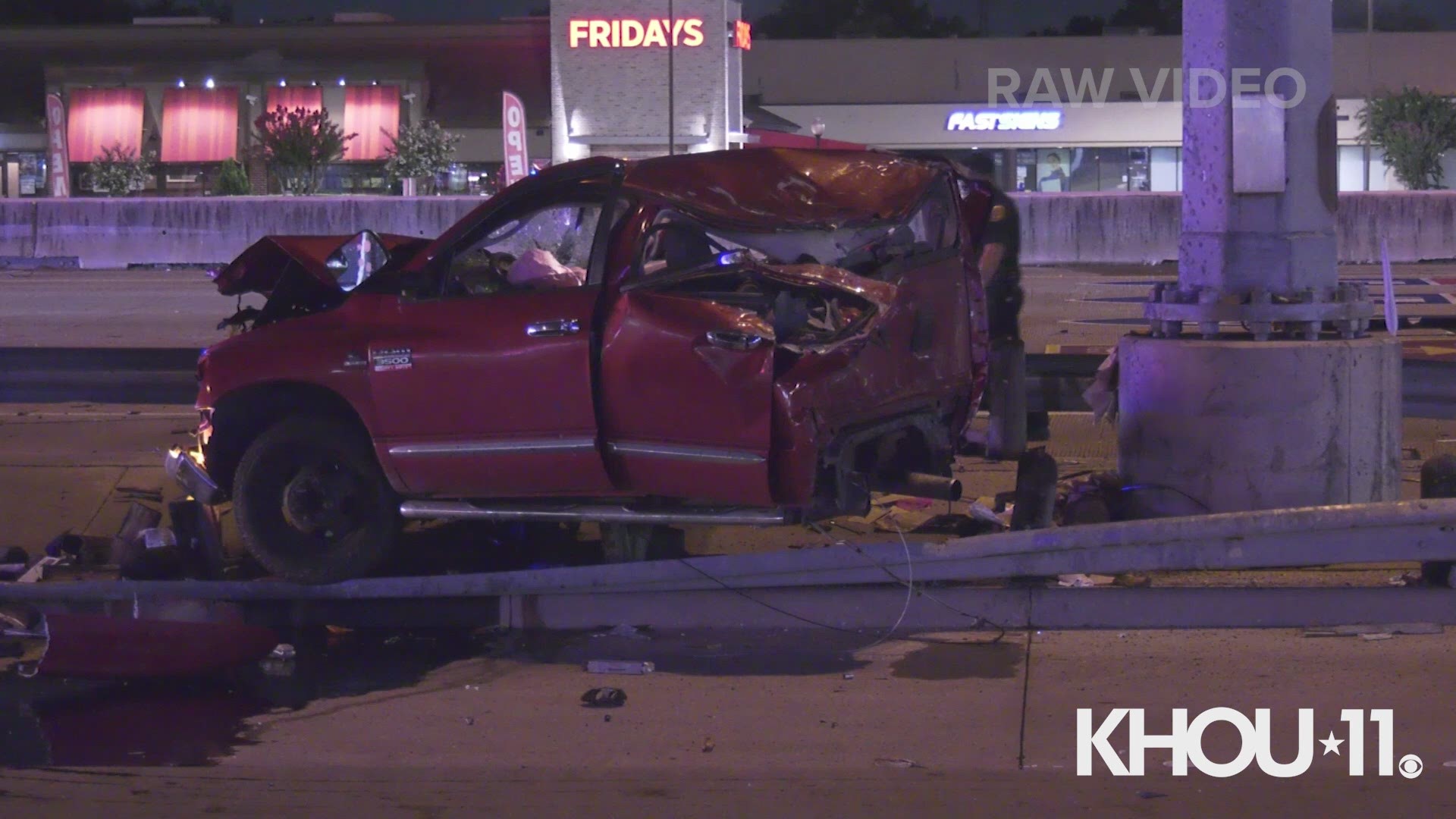 HOUSTON — A local driver is hospitalized after crashing his vehicle overnight on I-45, the Gulf Freeway, according to the Houston Police Department.

It happened in the 12800 block of the southbound lanes of the freeway near Fuqua St. around 11:30 p.m. Tuesday.

Investigators said the driver was suffering from multiple gunshot wounds when he failed to maintain a lane, crashing his truck into the base of a highway sign.

The driver was taken to Clear Lake Regional Hospital where, according to police, he was rushed into surgery.

Police said two weapons were found outside the video. They’re currently waiting for surveillance footage from local businesses for more insight into what happened.

The circumstances that led to the driver being shot are still unclear, police said.

All main southbound lanes of the freeway and the feeder road were shutdown as police investigated.