The driver was taken into custody after a lengthy chase that started in south Houston and also went through the southeast side and downtown. 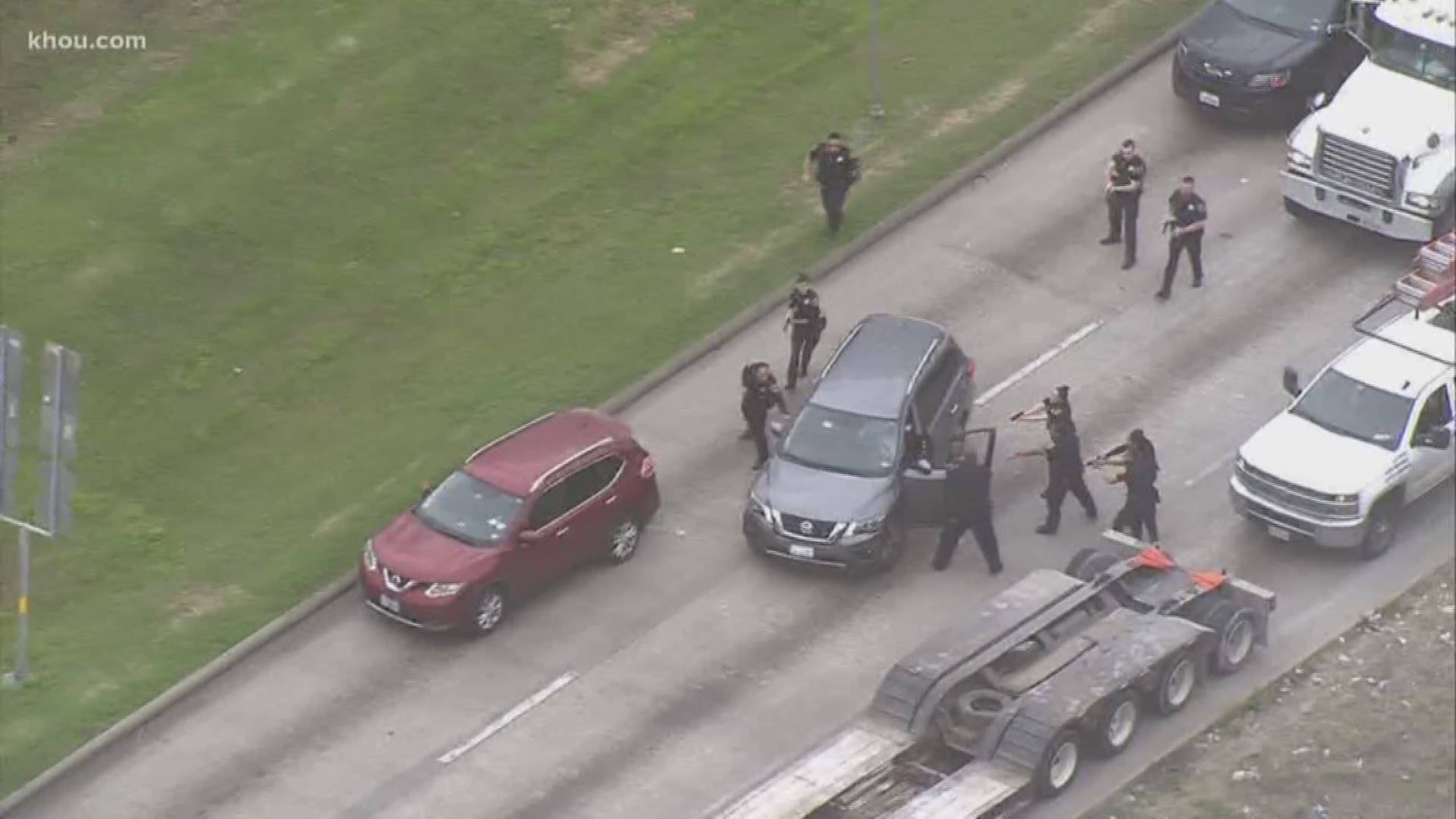 HOUSTON — A domestic violence suspect was taken into custody after leading Houston police on a long high-speed chase Tuesday throughout parts of south, southeast and downtown Houston.

According to the Houston Police Department, authorities were initially called to a home in the 4900 block of East Ridge Creek Drive, in the Hiram Clarke area, in regard to a domestic violence incident. Authorities said the suspect was threatening to shoot some of his family members.

Around 3:35 p.m., when police arrived at the scene, they attempted to pull over the suspect, who was in a 2019 Nissan Pathfinder, but the suspect refused to stop and led officers on a lengthy police chase that wound through south Houston neighborhoods and eventually ended in downtown.

Authorities said the suspect caused at least three crashes during the pursuit, but luckily no one was injured.

At one point in the chase, the driver came to a stop and officers rushed up to the vehicle with their guns drawn. After the officers opened three of the SUV's doors, the driver again took off.

The chase winded through several southwest Houston neighborhoods before heading on the Beltway to 288. The driver took 288 to the Gulf Freeway and headed into downtown.

Around 4 p.m., while police were chasing the suspect in downtown, Houston police decided to discontinue the chase, saying they knew the suspect's identity.

After backing off, Finner said he thought the suspect would stop driving in a manner that was putting Houstonians in danger, but that didn't happen.

A short time after the chase was discontinued, Finner said, the suspect vehicle was seen driving on the wrong way and on sidewalks in downtown.

"He continued to drive erratically and put citizens in danger," Finner said.

It's not clear what he'll be charged with.