A Waller ISD school bus was also involved in the accident but no students were hurt. 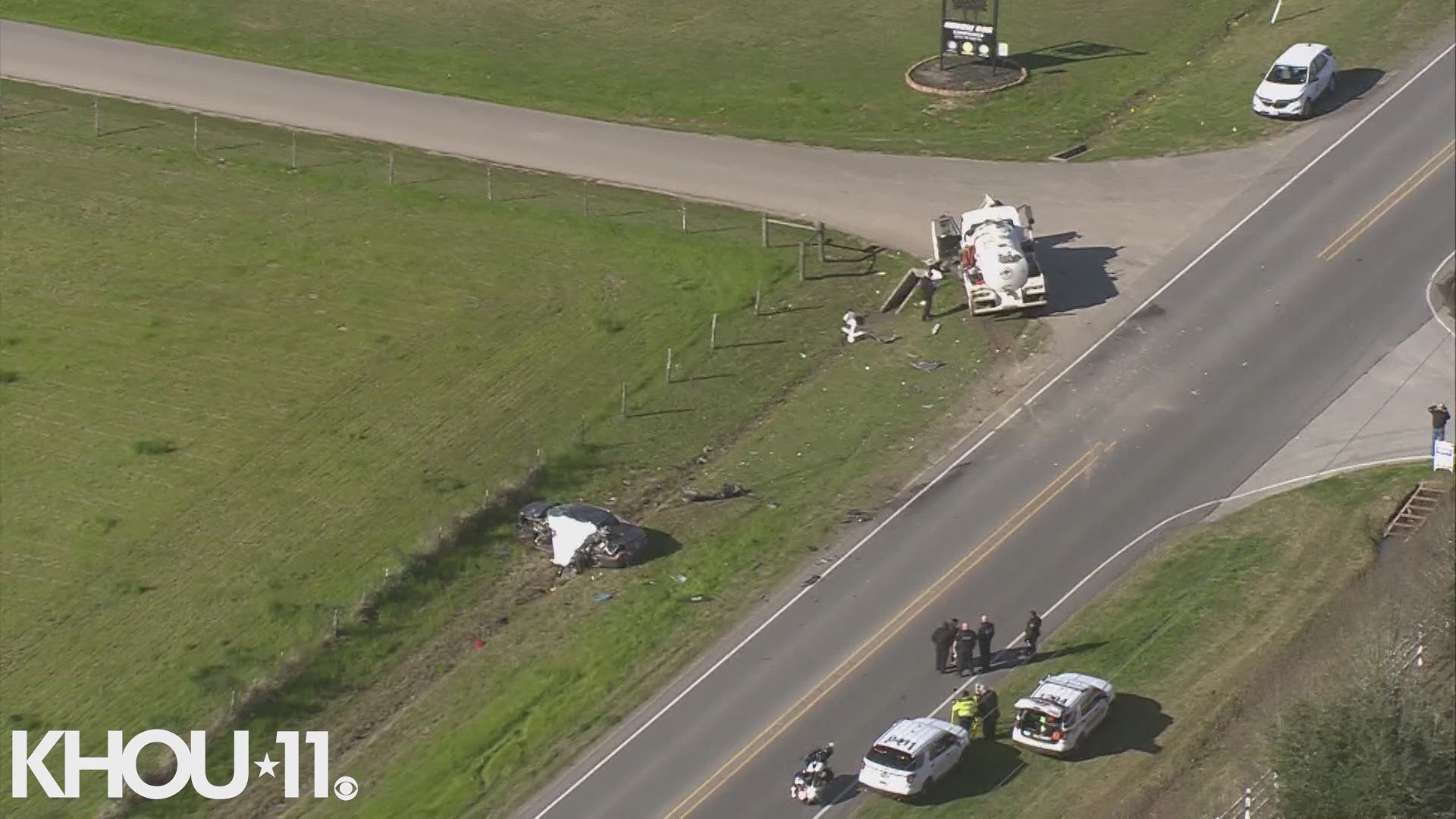 HOCKLEY, Texas — One person was killed in a crash with a septic truck Friday morning along FM 2920, according to the Harris County Sheriff's Office.

Investigators say the school bus was making a right turn when the driver of a septic truck clipped it, lost control and veered into oncoming traffic.

He crashed into a Toyota, killing the driver who was later identified as Nathan Harper.

The school bus was carrying kids from Turlington Elementary School.

They're all OK and were taken to school on another bus, district officials said.

The roadway was temporarily shut down as deputies investigated.