The officer was cut on the head and had to be taken to a nearby hospital. 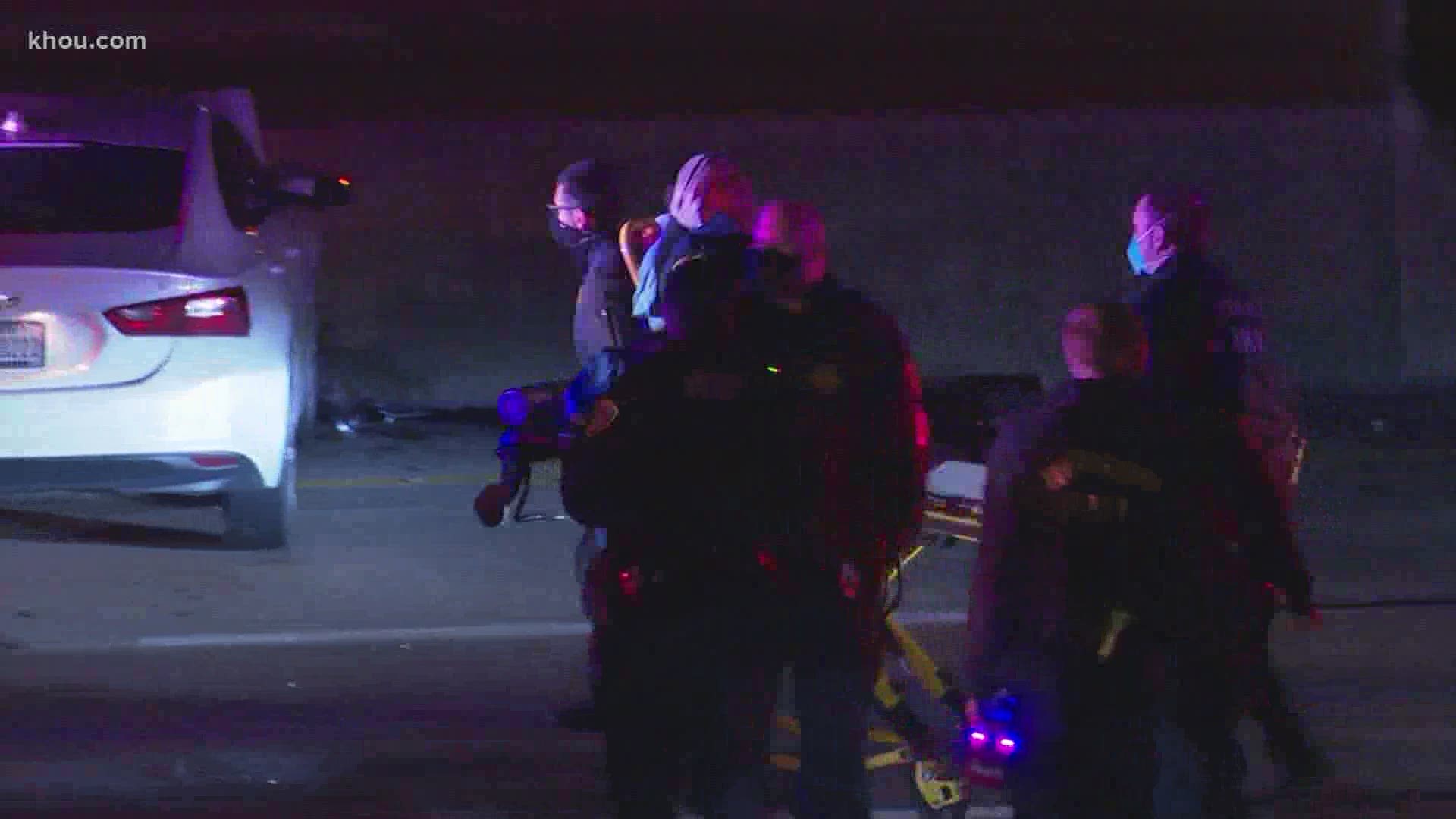 HOUSTON — A Houston Police Department officer was taken to the hospital early Saturday morning after suffering injuries from a crash on I-10 East near Lockwood.

According to investigators, the officer was blocking a pothole on the westbound lanes when a driver hit their patrol car, causing major damage.

The officer was inside the vehicle at the time of the crash and was cut on the head. They were taken to the hospital for their injuries.

The driver who allegedly caused the crash was also taken to the hospital.

Another officer, who was also assisting with blocking the pothole, was injured during the crash. Their injuries were minor.

Police said they do not believe intoxication played a role in this crash.