A Houston-area doctor said he was punished for trying to save lives, and he is ready to strike back. 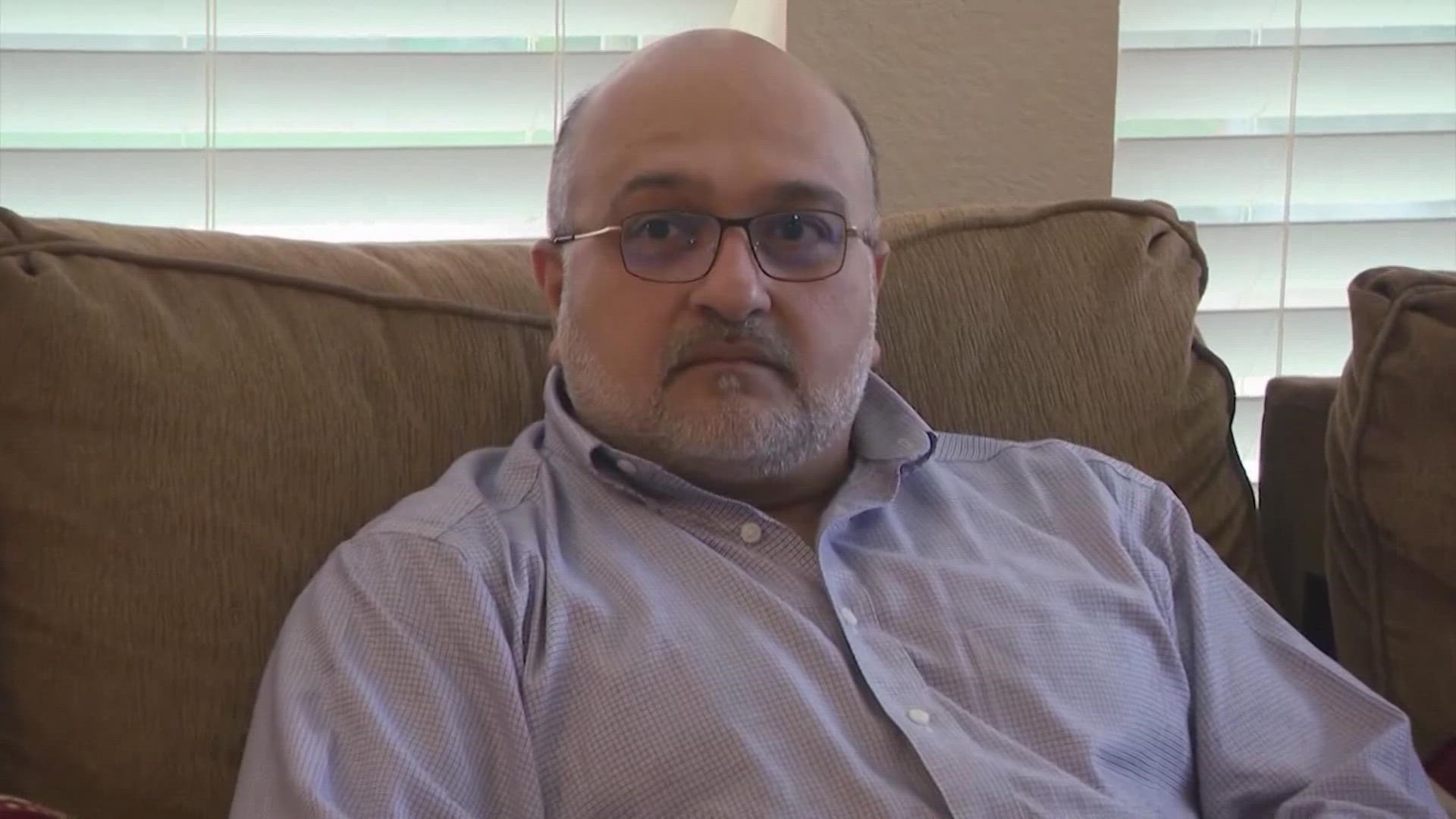 HOUSTON — As first reported by CBS Mornings lead national correspondent David Begnaud last week, a Houston doctor has filed a discrimination lawsuit against Harris County after he was fired from his job and charged with a crime.

Dr. Hasan Gokal was accused of giving out COVID vaccine doses that were about to expire. This was at the end of last year, when vaccine doses were often scarce and appointments hard to find.

A spokesperson for Gokal's attorney stated the doctor's former employer, Harris County Public Health, "told him he picked the wrong people to help – too many of them had Indian names, too many of them were Asian."

Gokal was fired and accused of theft of the vaccine, and "subjected to international news for the accusations."

In June, a judge and grand jury cleared him. And the Texas Medical Board dropped its investigation into the claims.

“It’s very clear that if he had vaccinated people named Anderson, Smith and Jones he would have been called a hero and not have been fired, charged, vilified and brought before a grand jury that thankfully refused to indict him,” Joe Ahmad, the doctor’s civil lawyer, said in a release Tuesday morning.

Gokal had said he sought to use up an opened vaccine vial with 10 doses. He checked with his supervisor, made calls and looked for people who needed the shot — and said he followed protocols in place at the time.

"He filed this lawsuit because the problem for Harris County turned out to be the names on that paperwork," stated a press release from those representing him.

“From my perspective it doesn’t matter who they were, what ethnicity or race they belong to,” Dr. Gokal said. “My thing was I’ve got 10 doses, I got six hours, and it’s after hours. What am I going to do with this?”

Gokal is seeking more than $1 million in monetary damages for mental anguish, economic loss and loss of reputation.

In Benaud's report, Dr. Gokal said the people he vaccinated include an elderly mother with Parkinson’s disease, two bedridden women in their late 80s and a mother whose child is on a ventilator.

"When he found no other takers and the clock was running out, he vaccinated his own wife, who has pulmonary sarcoidosis — an inflammatory disease of the lungs."

“I did what any physician would do, which is take resources meant for patients and people and give it to them instead of throwing them away. And that’s why it was so infuriating,” Gokal said in the release.

The lawsuit states Dr. Gokal tried to save as many lives as possible regardless of race but that the health district fired him for giving the vaccine to too many patients with “Indian-sounding" names.

“How else can one be expected to do it more equitably short of dialing random numbers? It wasn’t about race. It’s about people. It’s about saving lives,” Dr. Gokal said.

The lawsuit alleges Dr. Gokal was discriminated against for his South Asian race and Pakistani national origin.

“If I was a white physician, and I gave it to white patients, would this have come up at all? Would that issue have even raised, been raised at all,” he said.

The Harris County Public Health District and the County Attorney’s office say they will not be providing comment at this time.

"The District Attorney's Office prosecutes state crimes that occur in Harris County.  In pursuing prosecution against all accused, our intent is to seek and obtain justice in every case.  We follow a strict protocol of evidence-based prosecution. The criminal charges of Theft by a Public Servant against this Defendant were based upon evidence obtained from witnesses and statements of the accused, both before and after his employment was terminated by the Harris County Health Dept. While grand jury witnesses are also prohibited in Texas from revealing what occurred in the grand jury, they are free to tell you about what they witnessed in an incident.

After charges were filed, a magistrate found probable cause to believe a crime had been committed.  Once the case was assigned to a Trial Court, Judge Franklin Bynum failed to find probable cause. ... Because of the disagreement between the judges, the witnesses and all evidence was presented to a grand jury of ordinary citizens who did not indict.  This is standard operating procedure in such situations.  In this case, the grand jury declined to indict.  We respect their decision.  This case evidences our system is fair and works."