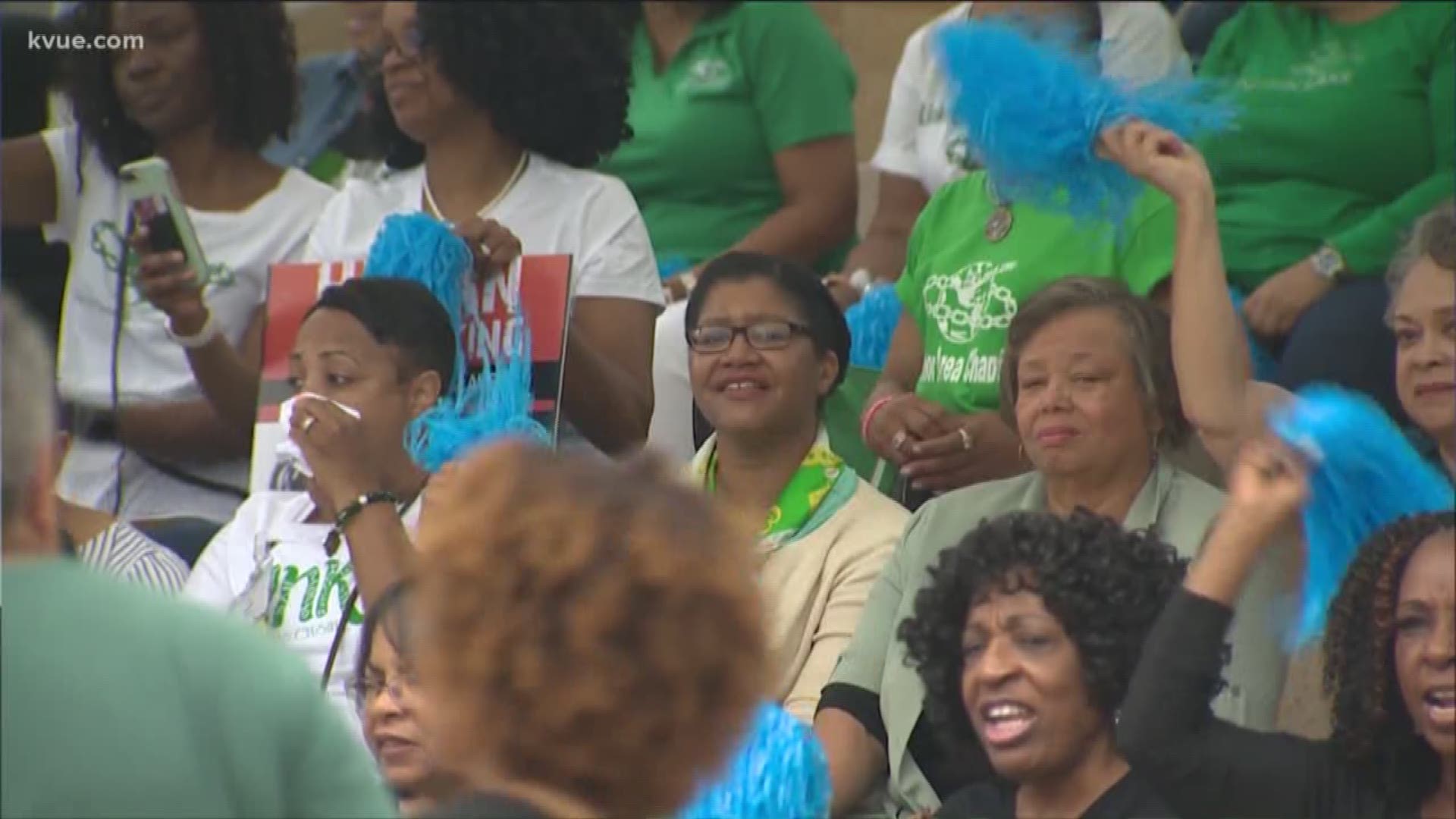 AUSTIN, Texas — The chant could be heard for blocks.

“Our kids are not for sale. No, they’re not,” chanted members of The Links, Incorporated, a civic league organization.

"I hope that people broaden their awareness of this issue and move away from the thought that human trafficking is something that happens overseas. It is in our neighborhoods. It's in our cities,” said Roxann Thomas Chargois, Western Area Director of The Links, Incorporated.

The women also marched three blocks – from the J.W. Marriott to City Hall.

TxDOT launches 'On the Road to End Human Trafficking' initiative