Before & after: Downtown skyscrapers turn off their lights after complaints during power outages

What a difference 24 hours makes. 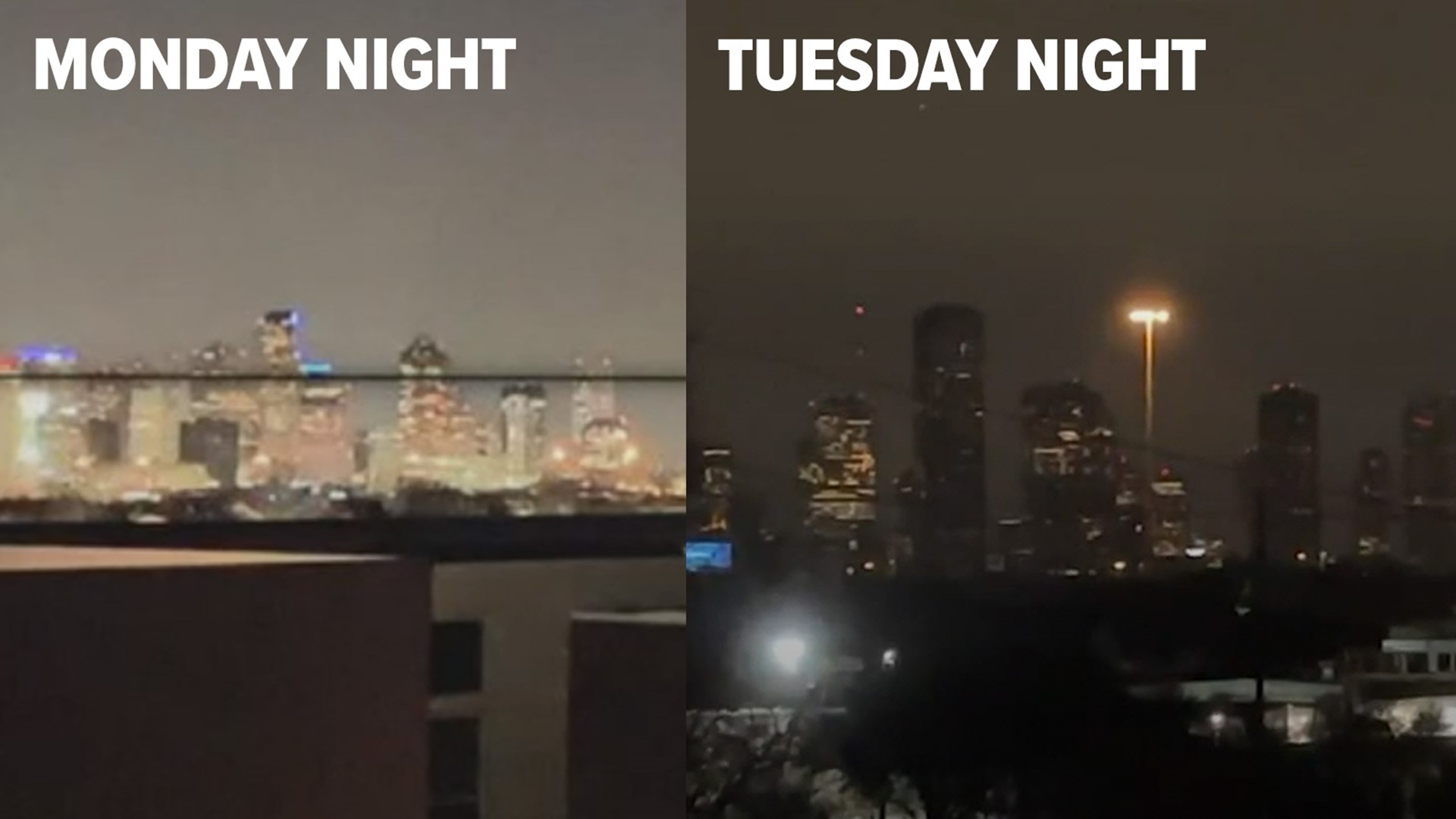 HOUSTON — As millions of us in greater Houston sat in the dark during near-historic low temperatures, the downtown skyline was bright.

This made many people online angry, and it’s now clear the people who manage many of those office buildings downtown heard the calls to action loud and clear.

The view of Monday night’s skyline is much different from Tuesday night’s: it is much darker.

RELATED: When is the power going to stay on?

As more than 1.3 million people surrounding downtown Houston and areas outside the city sat in the dark, images of the lit up downtown went viral. People in surrounding neighborhoods and counties called, emailed and tweeted asking one simply question: why?

@ERCOT_ISO why not cut the power to sky scraper businesses that have no employees? All across houston downtown lights are on in all these buildings. Give the power to the homes. Monumental collapse from the energy sector in Texas.

Harris County Judge Lina Hidalgo and Houston Mayor Sylvester Turner on Tuesday asked the management district to cut off lights to buildings that are not being occupied. Community leaders also asked building managers to turn off lights in unused portions of the buildings

But Houston’s mayor also reminded the public it’s not as simple as just shutting off the entire downtown district. There are fully booked hotels providing shelter, St. Joseph’s Hospital, the GRB warming shelter for those in need, businesses that provide various critical services and of course the police headquarters and city offices.

Others also noted that while it may look bad to be lit up, some of these skyscrapers have their own large power generators as well.

In any case, the message got through — if all of Texas is being asked to conserve as much power as possible during these outages, that also applies to unused portions of downtown Houston as well.