The club was allowed to reopen at proper capacity once it was cleared out, but the owners decided not to. 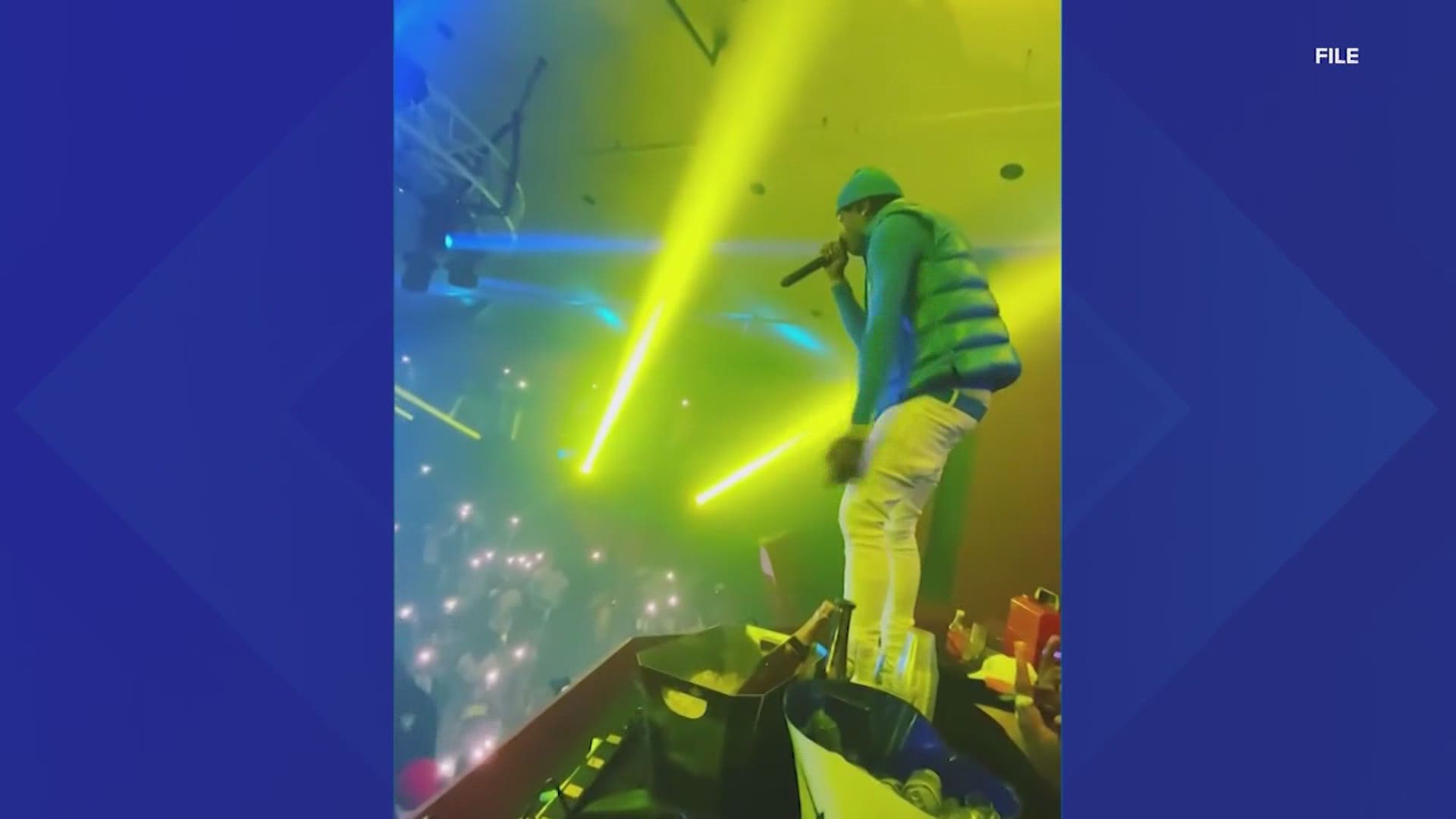 HOUSTON — A popular Houston night club was shut down early Sunday morning after reports to police of the venue being overcrowded.

The Houston Police Department said at about 12:30 a.m. several officers responded to Spire Nightclub, which is near Jefferson and Main streets in downtown Houston, due to a large crowd at the venue.

Police said when they got there they saw at least 200 people waiting outside to get in the club and the inside was packed as well, exceeding the 50% capacity venues are supposed to operate under due to the COVID-19 pandemic, police said.

The Harris County Fire Marshal's Office, TABC and the Houston Fire Department were also called to the club.

Both the fire marshal's office and the fire department shut the club down due to safety violations. 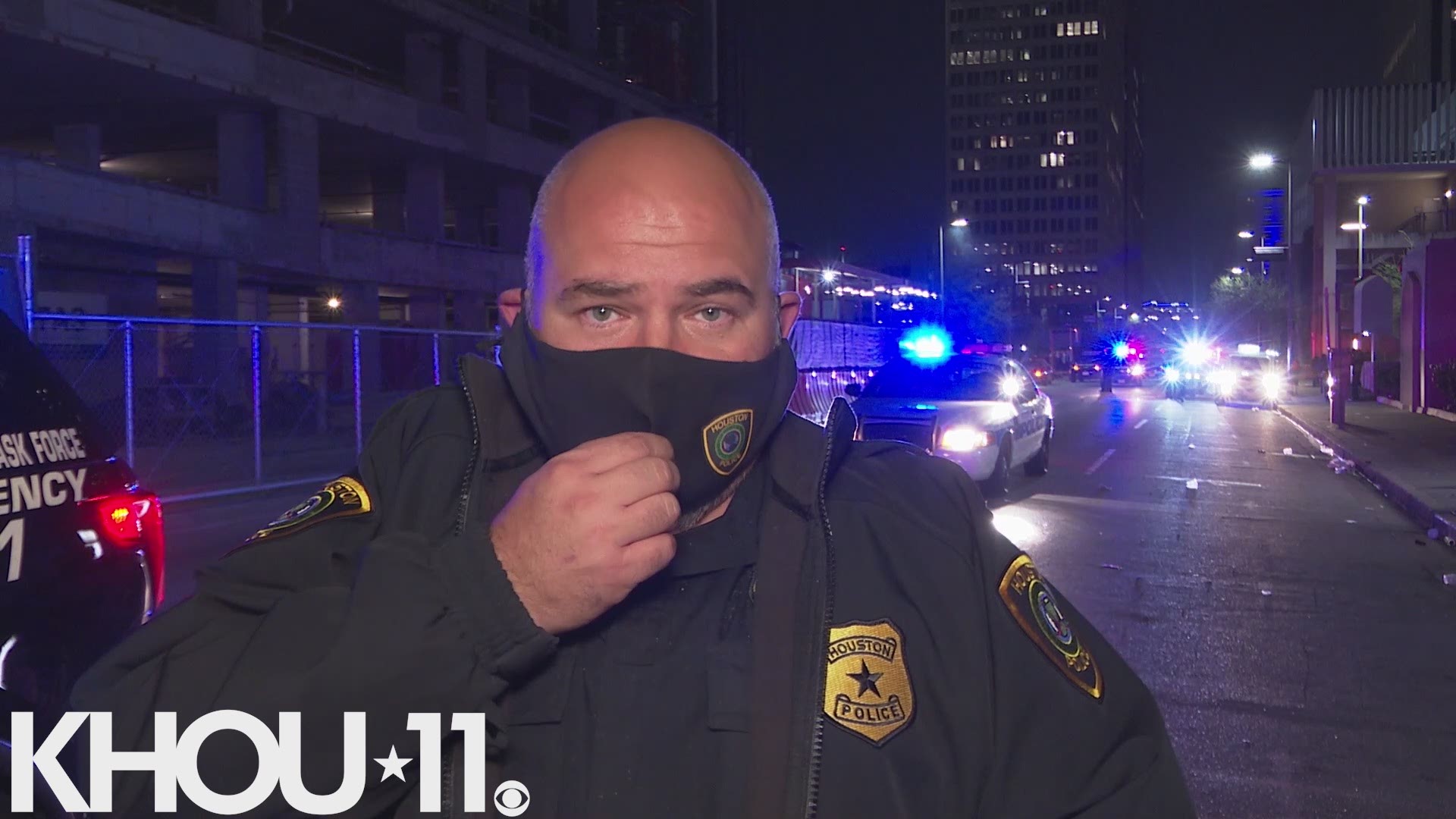 "It was to the point where it became a life safety issue. A fire hazard," Pena said. "If there was an emergency, a fire or something that would have occurred inside, we would've had a massive loss of life because the exits were blocked."

Pena said once everyone was cleared out, they did give the club the option to reopen at proper capacity, but the owners decided not to.

The Houston Police Department said the attendees were upset that they couldn't get into the club because the club reportedly sold tickets to Saturday's event and they weren't giving refunds, but everyone left peacefully.

Spire’s owners say the reason the club exceeded capacity is that hundreds of people without tickets managed to get inside the club.

On Saturday, Houston Mayor Sylvester Turner called out the state for allowing clubs to operate as restaurants.

His remarks came after a video surfaced online of a large crowd gathered inside Cle Houston Friday night for a Bow Wow concert.

“They are community spreaders, and they are working against what we are trying to achieve," Turner said. “And let me tell you, they are not restaurants. So I am calling on the TABC to really crack down and to rescind some of these reclassifications."

On Sunday, Turner reiterated his concerns in a series of tweets.

These events that are scheduled with @BowWowPromoTeam today in Houston are on our radar. Other bars/clubs that are operating as restaurants, beyond capacity and social distancing requirements, please expect visits. Today we report 1964 new cases and 17 more deaths. st

Neither Houston nor any Texas city should be allowed to be a venue for concert promoters outside of this State because clubs/bars are allowed to reclassify as restaurants. Only legitimate restaurants should be open at this time. st

Concerts are not allowed in Houston at this time unless it is virtual. Please reschedule. st

TABC said it has opened a complaint and is now investigating Cle Houston over Friday night’s event.

The club’s license was suspended back in September for violating Gov. Greg Abbott’s Emergency Order, but the suspension was resolved nine days later.

The Cle Group says the Harris County Sheriff’s Office deputies who normally work off-duty security at the club were told on Friday they could no longer work at the clubs, as they have until now.

The owners say 14 deputies were supposed to be there working last night, which would have prevented the excess capacity.

The owners of the club say they are not operating because of the so-called “restaurant loophole” in which a bar or club may continue to operate while it applies for a restaurant license. They say that because more of their revenue comes from ticket sales, rather than alcohol sales, they’re allowed to stay open.