The sheriff's office said the suspect was later found dead from a self-inflicted gunshot wound. 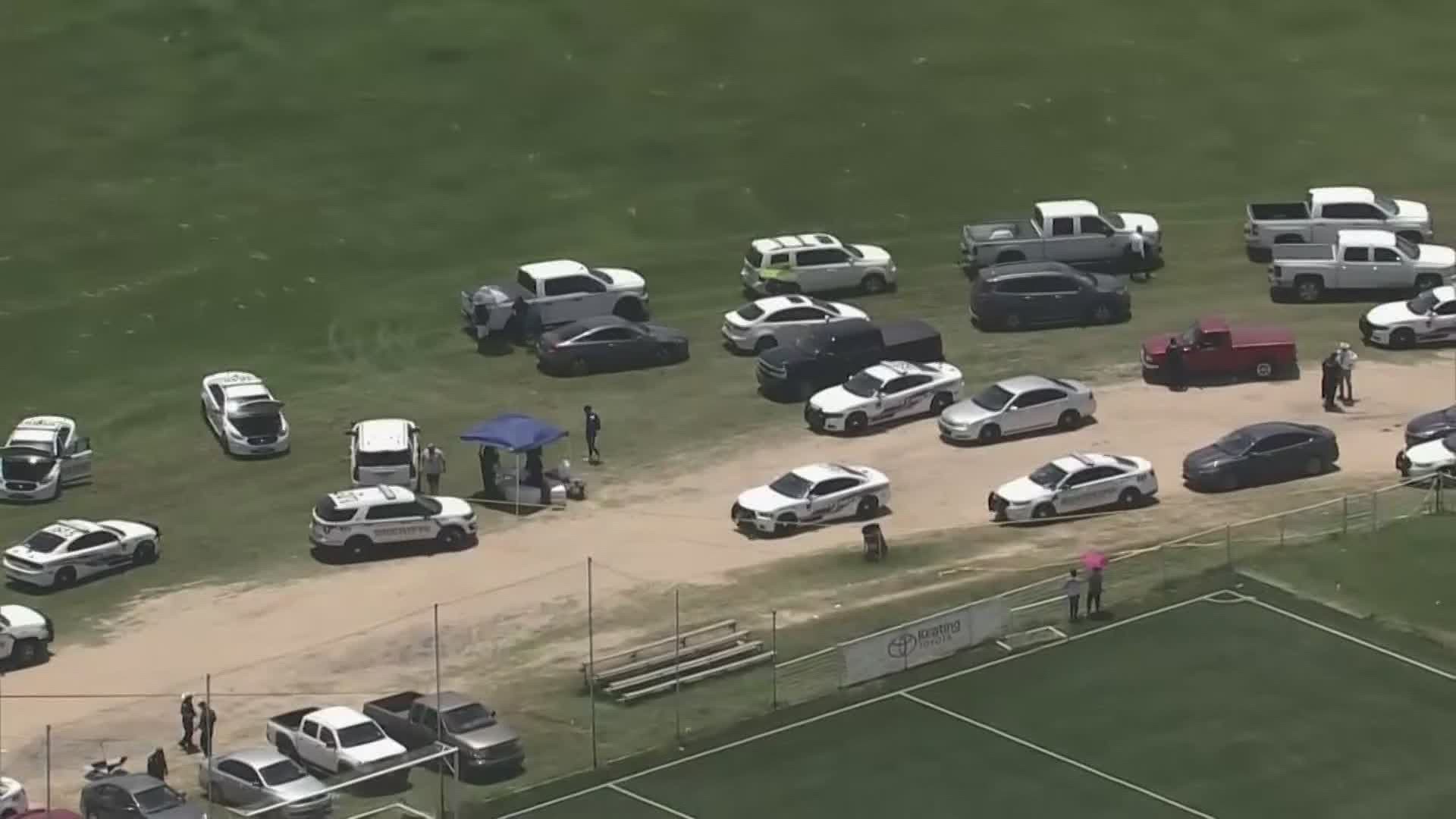 HARRIS COUNTY, Texas — A man accused of killing two people near a soccer field on Sunday morning was later found dead from a self-inflicted gunshot wound, according to the Harris County Pct. 1 Constable's Office.

The Harris County Sheriff's Office got a shooting call at about 10:15 a.m. at 4211 Clow Road, which is the address for the Matías Almeyda Training Center, a local sports park.

The suspected gunman has been identified as 42-year-old Lucio Estrada Molina, according to medical examiners and relatives.

Investigators said Molina was watching his son playing soccer when he spotted his child's mother in the parking lot with her boyfriend. He is accused of walking up to the couple, shooting them multiple times with a revolver and then driving off.

HCSO said the 29-year-old boyfriend was pronounced dead at the scene. Investigators said the 38-year-old woman was taken to the hospital, where she later died.

They have not been identified.

While investigating the shooting at the sports park, authorities said Molina was found dead inside a trailer in the 700 block of Bayou Forest Drive.

Investigators said Molina died from a self-inflicted gunshot wound. They said a silver revolver was found next to his body.

Editor's Note: The Harris County Sheriff's Office had earlier reported the female victim was pregnant, but that detail is currently being confirmed by the medical examiner's office.