1 dog dead, 5 rescued, after being found abandoned in sub-freezing weather

The Houston SPCA said one of the surviving dogs was found emaciated in an area that was 18 degrees at the Southwest Houston auto body shop. 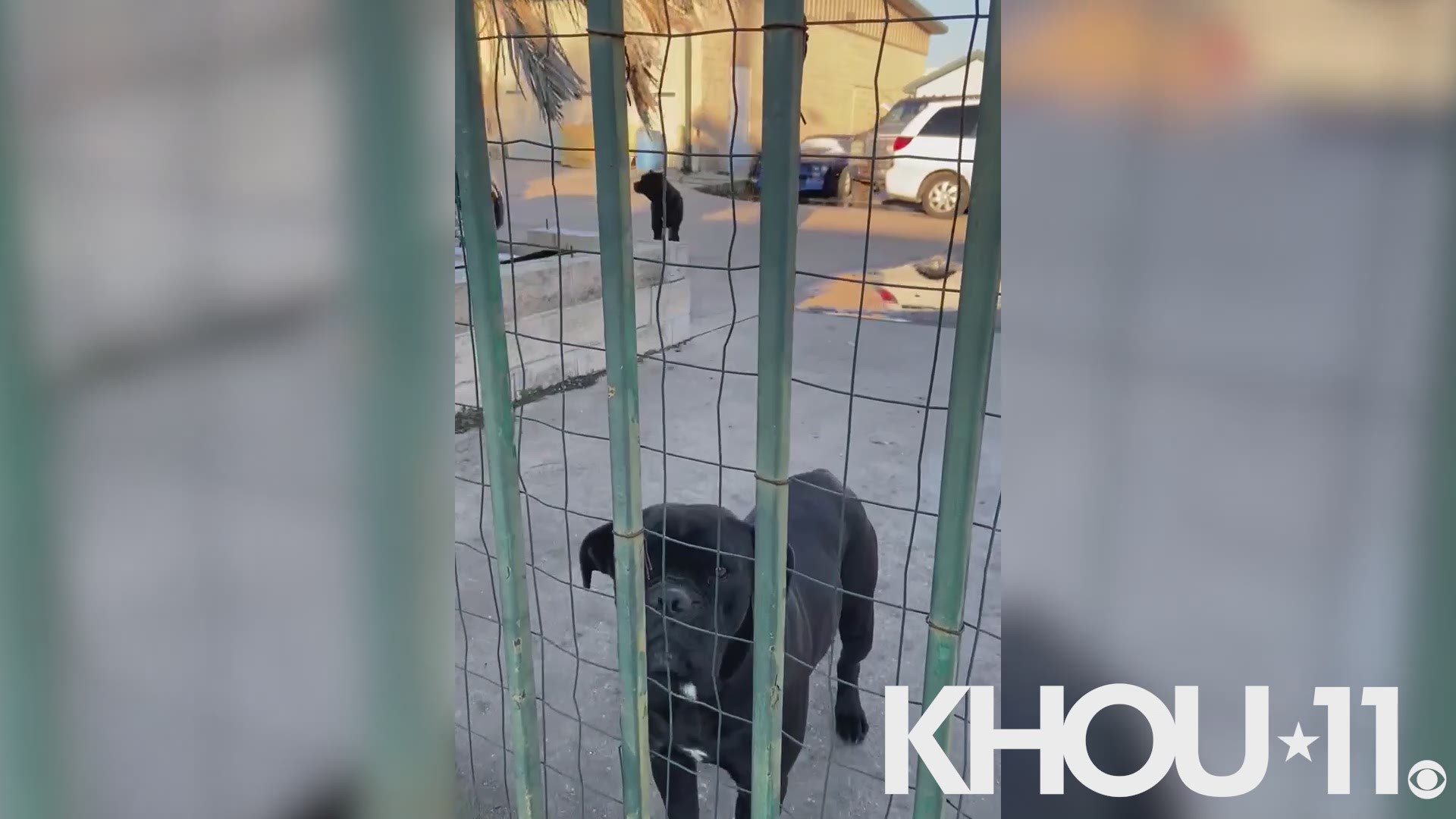 HOUSTON — Six dogs were found Monday abandoned outside a Southwest Houston auto shop. The temperatures were below freezing when the dogs were found. One of them was dead.

Houston is in the middle of a winter storm that has brought sub-freezing temperatures.

The Houston SPCA and Houston Police Department's Major Offenders division are calling it a case of animal cruelty.

On Monday, authorities responded to the scene and found five dogs alive and one dead. They said the dead dog was partially covered in snow.

RELATED: Winter storm timeline: Houston expected to get another round of sleet, freezing rain mid-week

Another one of the dogs was found emaciated in an area where the temperature was 18 degrees, officials said.

The five alive dogs were taken in for treatment.

“You can’t leave an animal outside in extreme weather to fend for themselves and not have dire consequences like this,” said Adam Reynolds, chief animal cruelty investigator for the Houston SPCA. “We have zero-tolerance when it comes to cruelty."

If there is an animal in distress or animal cruelty is taking place, you're asked to call the Houston SPCA immediately at 713-869-SPCA (7722) or file a cruelty form here.

RELATED: Tips for protecting your loved ones, including your pets, during winter freeze

The Houston SPCA said instead of posting photos and videos of the cruelty taking place on social media, community members should call them immediately.