The questions now are: Will these prisoners ever be identified, and are these century-old remains linked to the present day? Experts say the answer may lie in specialized DNA testing. 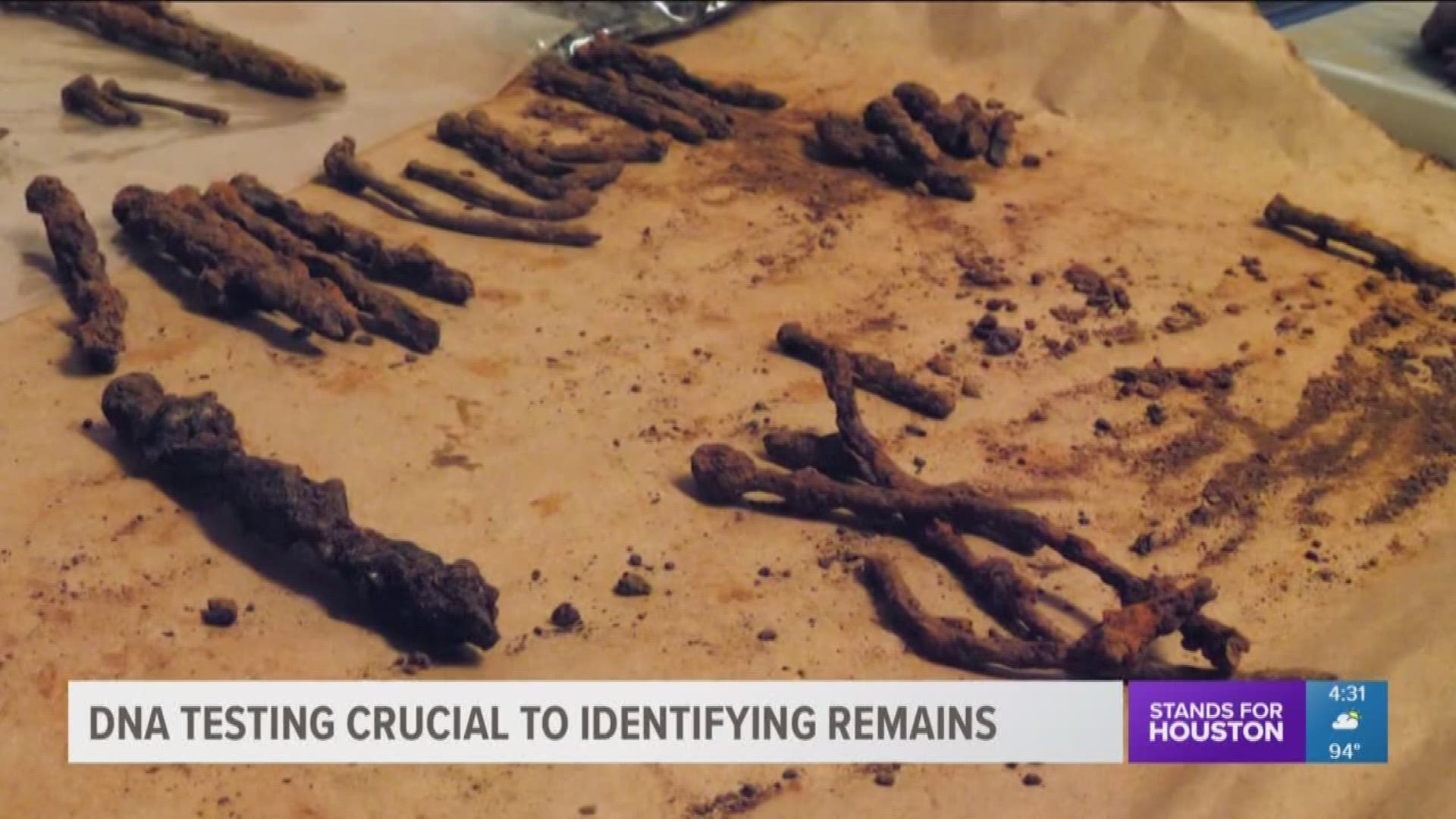 SUGAR LAND, Texas - Fascination deepens over the 94 sets of remains found in unmarked graves at a Sugar Land construction site.

Archeologists believe they belong to black prisoners, among them former slaves forced to do hard labor while prisoners.

The discovery has gained international attention, shedding light on a time in Texas history where prisoners were leased out to plantation owners after slavery ended.

The questions now are: Will these prisoners ever be identified, and are these century-old remains linked to the present day?

Experts say the answer may lie in specialized DNA testing.

Dr. Storey says it all comes down to whether DNA analysis can even be done on the old bones. If so, their “A-DNA," or “ancient DNA,” can be compared to the DNA of possible living relatives.

“The best place to get at ancient DNA is within the teeth, because the enamel kind of protects the inside of it from contamination,” she said.

Dr. Storey is an expert in bio-archeology. She studies past populations through their skeletons. The 94 skeletons found here were in unmarked graves. Burial conditions and direct exposure to soil can affect how well the bones are preserved.

“Bone doesn’t like acid, so if there’s any acid in the soil or their environment, that will cause the bone to really degrade,” Dr. Storey said.

Experts at the Sugar Land site were able to tell the age, sex and race of those discovered and the workload they were forced to endure. Dr. Storey says that’s a good indication the bones were well-preserved enough to possibly give ancient DNA information. It can be a long process to extract and study “A-DNA." Only specialized labs do it.

Local historian Reginald Moore is encouraging people to donate their DNA so it can be compared to any “A”-DNA recovered.

“We’re going to have to get the black community, the African-American community involved in this, whether or not they be church groups, the Urban League, the NAACP, fraternities, sororities and individuals who actually live in the surrounding area,” Moore said.

The goal is to find living relatives, which can lead to identifying the unknown remains. Scientists say it’s not at all far-fetched. This is a recent re-creation from the skeleton, known as “Cheddar Man.” He was discovered in a cave in Cheddar Gorge, England. Archeologists say he was 10,000 years old and well-preserved in cold temperatures. The local community donated DNA and, “sure enough, they found a man who was a living descendent of Cheddar Man,” Dr. Storey said.

The process of doing any DNA testing wouldn’t start until all of the remains are exhumed.