Other methods, including arm wrestling, were also considered. 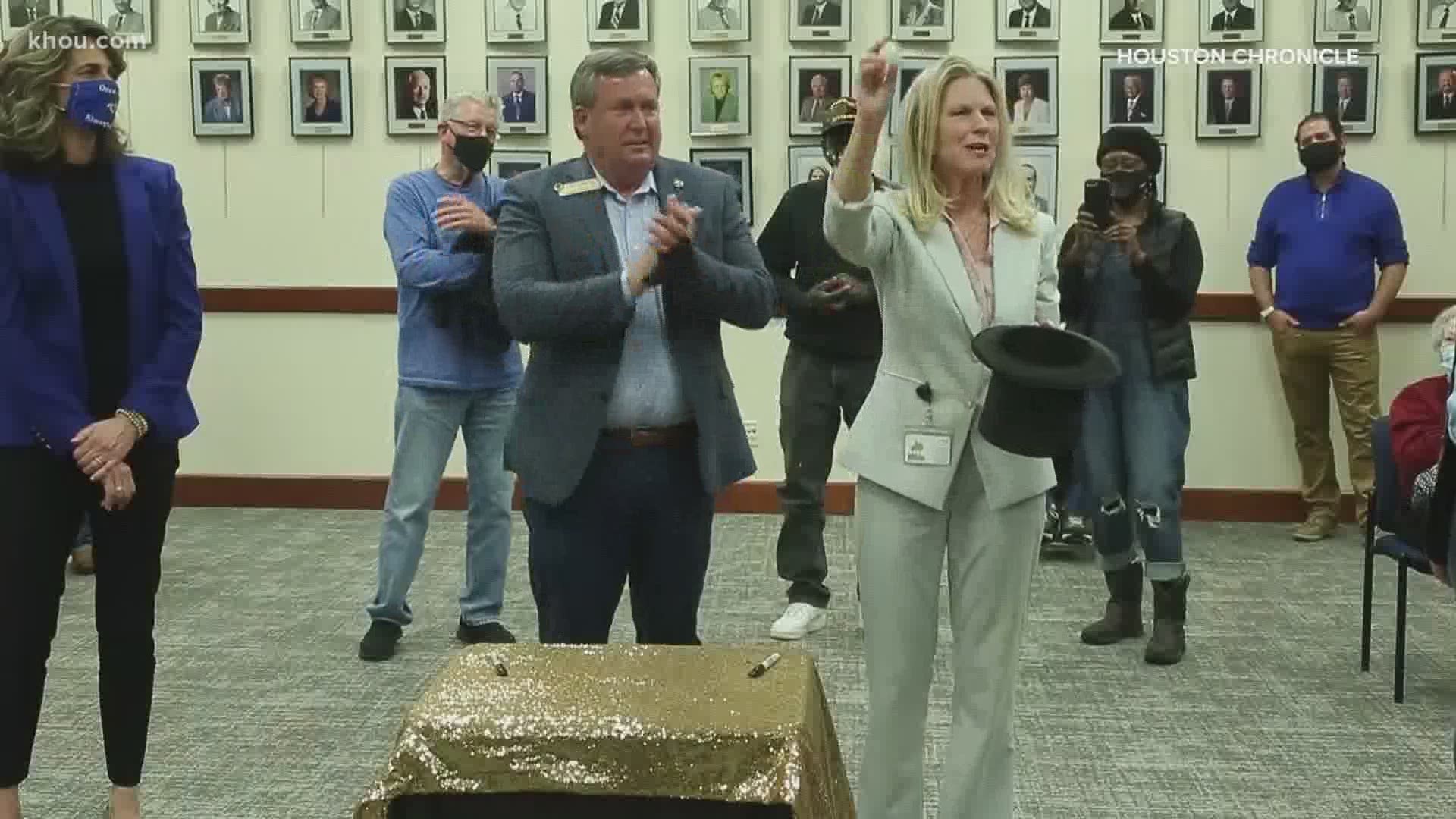 DICKINSON, Texas — The City of Dickinson has a brand-new mayor.

The election was decided Thursday through a very unusual method: drawing a name from a hat.

With so much drama surrounding our national elections, it was a bit refreshing.

Both of the city's mayoral candidates in the runoff election first wrote their names on ping pong balls.

The names were dropped into a top hat, mixed up a bit, then one ball was picked.

“Unless the charter says that specifically, you use some random method, so we decided to draw out of a hat," said Dickinson mayor-elect Sean Skipworth. "That’s what state law said to do, so that’s what we decided to do.”

The city said it considered other methods, like arm wrestling, but ultimately decided drawing from a hat would be most fair.

"We get up there, one of us wins, one of us loses, and we give each other a hug or whatever, say, ‘Good job’ and wish you the best," Skipworth said. "Hopefully that’s how it’s going to be in the country in the future going forward.”