‘Not your Mexican Halloween’: The significance of Día de los Muertos

In the Hispanic culture, Día de los Muertos is not a somber occasion. It’s bright, colorful, mixed with foods, dancing and music. 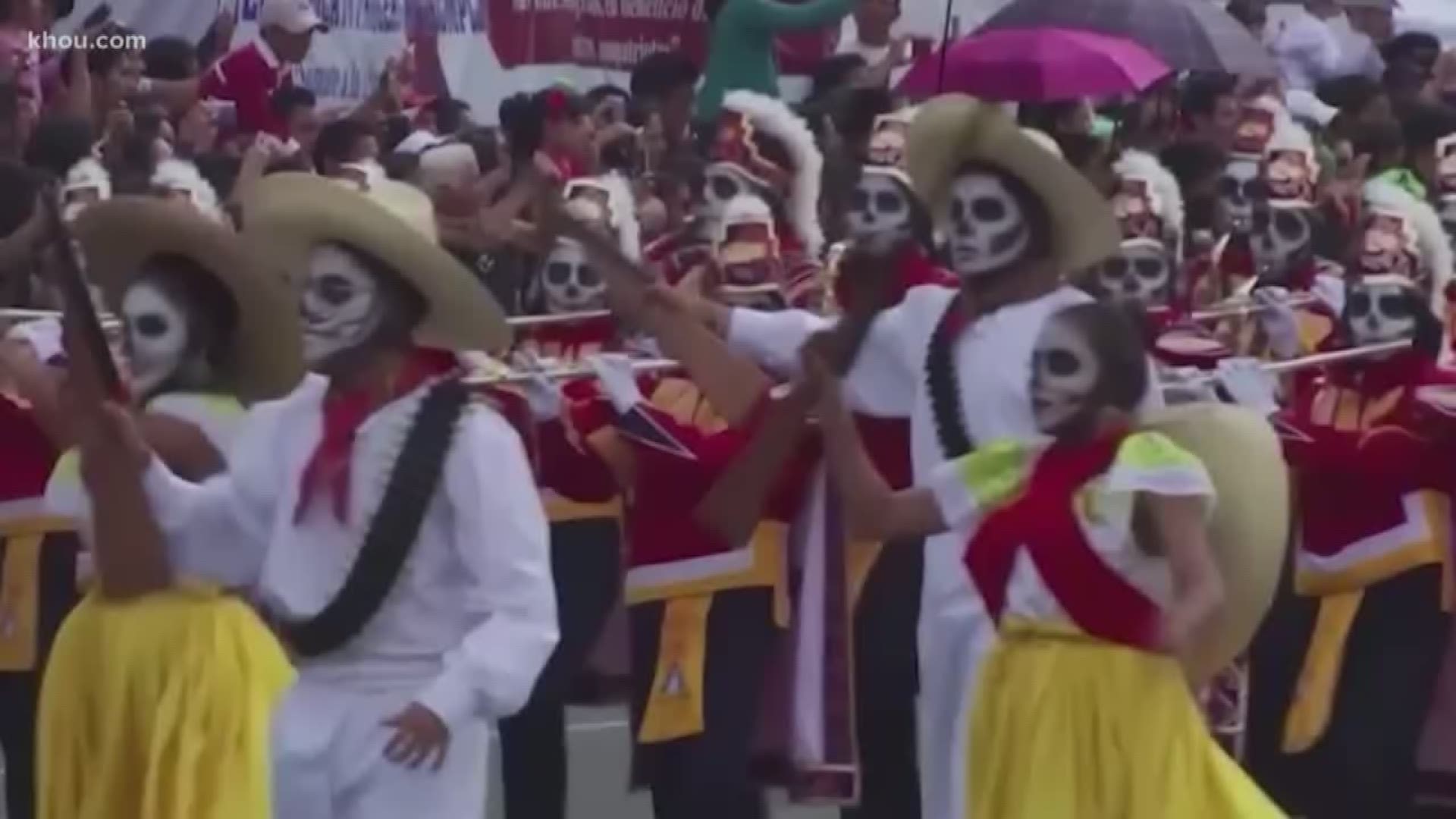 HOUSTON — Día de los Muertos is not your Mexican Halloween.

It’s a tradition that originated with the Aztecs, who took two months to remember their deceased loved ones. But the tradition nowadays is becoming marred by some who seem unaware about why some in the Hispanic community continue the tradition.

“The Mexican people celebrated Día de los Muertos,” Tapia said. “They had, actually, in the Aztec calendar, two months of 20 days each, dedicated to our deceased. The first month was dedicated to the children, and the second month to the adults. When the Spanish arrived, we had this mixing of the two cultures. Día de los Muertos, I would say, kind of mixed with the religious All Saints Day, and it became the present-day Día de los Muertos.”

In the Hispanic culture, Día de los Muertos is not a somber occasion. It’s bright, colorful, mixed with foods, dancing and music.

“If you think about the Day of the Dead, it’s sort of a festival of the senses,” said Luis Gavito, a curator of the altars for Multicultural Education and Counseling through the Arts-Houston, also known as MECA-Houston. “It’s very colorful, the smells and the marigolds. The food. So, it speaks to the senses. This is a festival. It’s a fiesta. It speaks about the relationship Mexicans have with death.”

Día de los Muertos is more than just a parade and party. The tradition calls for people to set up an altar with photos of the deceased, food, candles, incense, flowers, and much more.

“That, again, goes back to ancient times, because those two months where we celebrated our deceased, people used to think of our deceased in terms of what they liked and what they did,” Tapia said. “So people were buried with their most precious things, like clothes, even pets. Jewelry, and food. The belief was that the journey to the ‘mictlan,’ which is the dwelling of the deceased, was a hard journey and it was long, so our deceased had to prepare to cross that journey into all that travel.”

“We put out the altars because they’re memorials,” Gavito said. “The way we remember those who have died. Each altar tells a story. If you really look at it, it’s a story of the person who has passed.”

The most common altar is three-tiered, Gavito said. “In the three levels, the first level is celestial, because, you know, the Day of the Dead is based on faith, we can’t get away from that. The second level is pictures of those who are remembered. The last level are the ofrendas—the foods, the fruits, the breads, the tamales, the frijoles, arroz, all things that people liked.”

“There are many elements to the altar,” Tapia said. “What they try to do is light the path of the deceased when he or she comes back. So if you have an incense burner, un samador, with your copal, that means the ambiance is going to be clean, and the room is going to smell good for the deceased when they come back. Candles, if they are lit, because that lights the path they’re going to follow. Flowers, because the smell of the flowers is important as well. Food, because we need to have something to eat and we need to have something to drink for our deceased. Also, the picture, of course. The picture of the deceased is important. And if that person was religious, we need to have their saint of devotion.”

“Certainly because of its indigenous roots, we have wind, water, earth and fire,” Gavito said. “Of course, the wind is the papel picado, the fire is in all the candles, the water—you’ll see different jugs of water here and there, and the earth is all the food, all the fruits, everything that is earthy.” For those still trying to learn more about how to set up an altar, Casa Ramirez Folkart Gallery hosts classes before Día de los Muertos to show how to do just that.

“Día de los Muertos becomes so personal for people, and it just touches everyone,” said Chrissie Ramírez, co-owner of Casa Ramírez. “It’s just become something that people reach out for more information, so we do informal teaching out in the shop areas. We’ll talk one-on-one over the phone, we send it out in an email. We do as much as we can so people understand what it is and the beautiful traditions that it’s got.”

For the Ramírezes, teaching others about Día de los Muertos and the traditions that come with it is of high importance.

“We Americans are not good at remembering our ancestors,” said Macario Ramirez, owner of Casa Ramirez. “Think about it. When they’re gone, they’re gone. They’re dead. I have people who come in here ready to be reminded again about what they have missed. You miss remembering your loved one—your mother, your father. We don’t want to lose that culture, it’s such a rich culture.”

And to Tapia, it’s about helping people understand.

“As long as we try to show and explain, you know, as we’re doing this time, just to remember that Dia de los Muertos is a sacred ceremony,” she said. “People spend all night in many places in Mexico visiting with their relatives at the cemeteries, and singing and eating, because we think that is the moment where they are with us. So, that is a precious, sacred moment.”

“It’s important to us because, first of all, we’re celebrating our roots,” Gavito said.

“It’s important to keep celebrating and remembering those who’ve passed,” Tapia said. “There’s actually a saying that goes, ‘you’ve only died when you’re forgotten.’ This is a way to say yes, their physical body is gone, but they live on within us.”