Authorities say the same individual serving as the Engineer of Record for the New Harbor Bridge Project was removed, but FIGG will continue work on other spans. 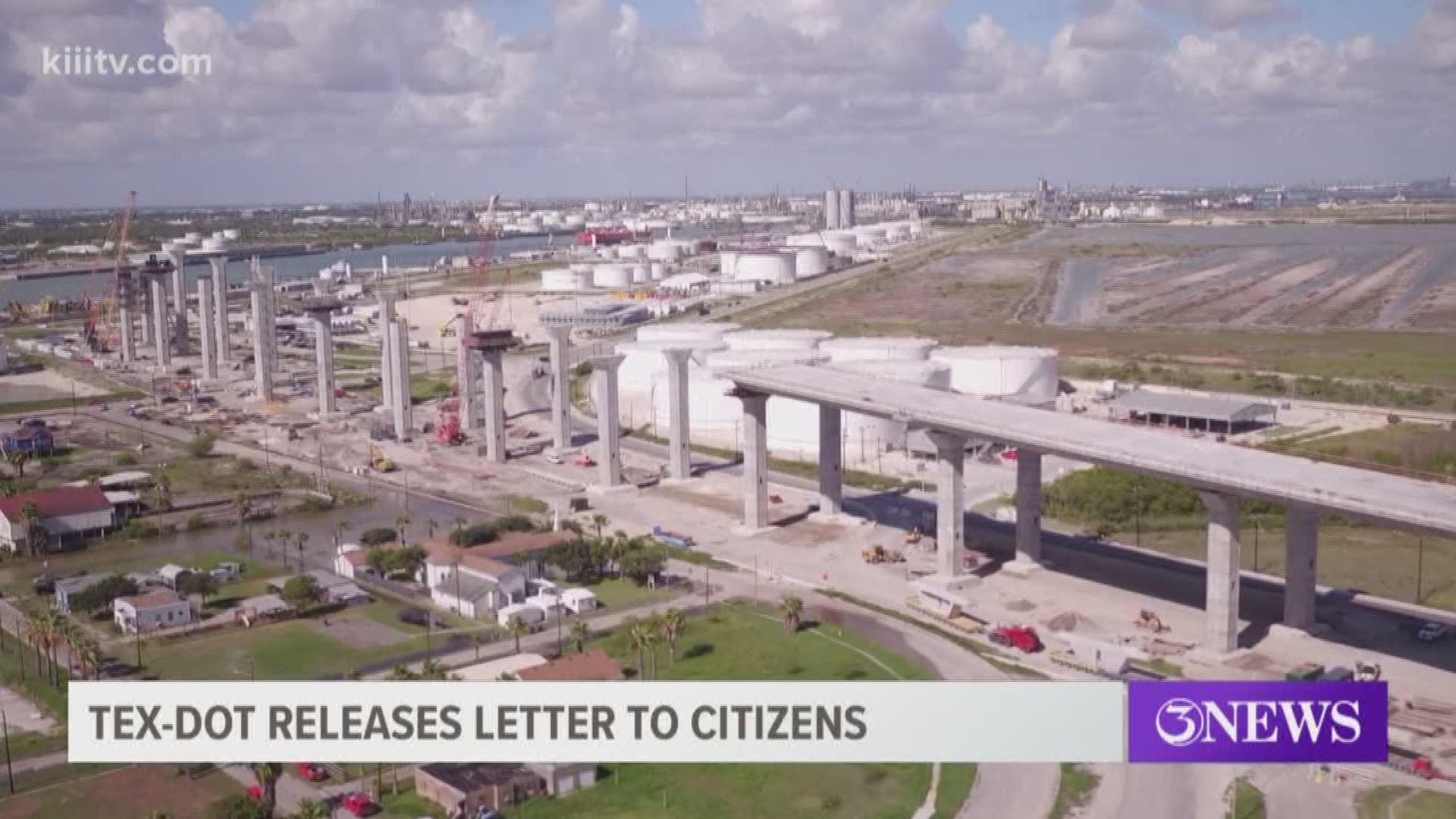 CORPUS CHRISTI, Texas — The Texas Department of Transportation (TxDOT)  has released a statement regarding the New Harbor Bridge Replacement Project.

According to officials, Flatiron/Dragados LLC (FDLLC) is seeking a new design firm for the main spans of the new Harbor Bridge.

According to TxDOT, the previous developer Flatiron/Dragados LLC (FDLLC) was designated to remove their engineering design firm, FIGG Bridge Engineers, Inc. (FIGG), from the main spans of the project.

In a press release from TxDot, FIGG Bridge Engineers were under investigation for a bridge collapse in Florida that killed six people and injured ten in March of 2018.

Authorities say the same individual serving as the Engineer of Record for the New Harbor Bridge Replacement Program was removed, following the bridge collapse in Florida.

According to FIGG, they will continue to work with the more conventional spaces on the new bridge after removing the Engineer of Record that was responsible for the bridge collapse in Miami, Florida.

"As it has since the beginning of the New Harbor Bridge Replacement Project, TxDOT will continue to be involved with project oversight. All engineering design and construction work undergo an extensive quality review and acceptance process, and all construction completed to date is safe and has been built in compliance with specifications. FDLLC, the developer on this project, has already begun the process of seeking a replacement engineering design firm for the main spans. While this vital step for additional review and verification could result in potential delays to the project with potential cost impacts, the value of safety and taking the time needed for this project is unquestionably the right course of action," stated TxDot officials.

Officials say there have been many questions raised regarding the standing of the New Harbor Bridge Replacement Project.

A letter from TxDot says the company's public response to the removal significantly downplayed its role in the 2018 pedestrian bridge collapse in Florida. FIGG insisted their design had nothing to do with that bridge collapse. Again, TxDot suggests that it is simply not true.

Construction is already said to be at least two years behind schedule, according to officials.