We’ve seen residents, many with small children,  using air mattresses, refrigerators, plastic bins and anything else they could find that would float. 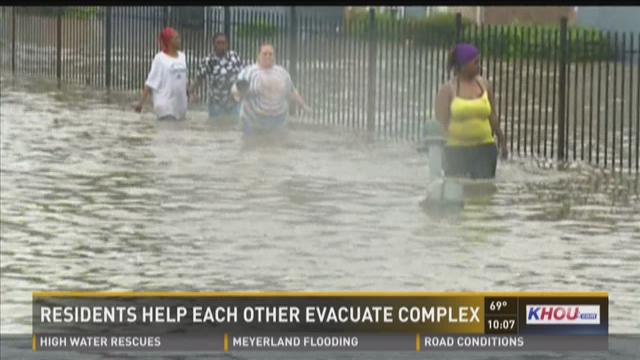 It was an area hit so hard that families had to escape their homes floating on air mattresses, dads carrying babies in bins, moms and babies riding in refrigerators and others too afraid to trudge through the water took help from strangers while waiting from aid from the City of Houston.

“We’re just frustrated. There was no help for us,” one resident said. 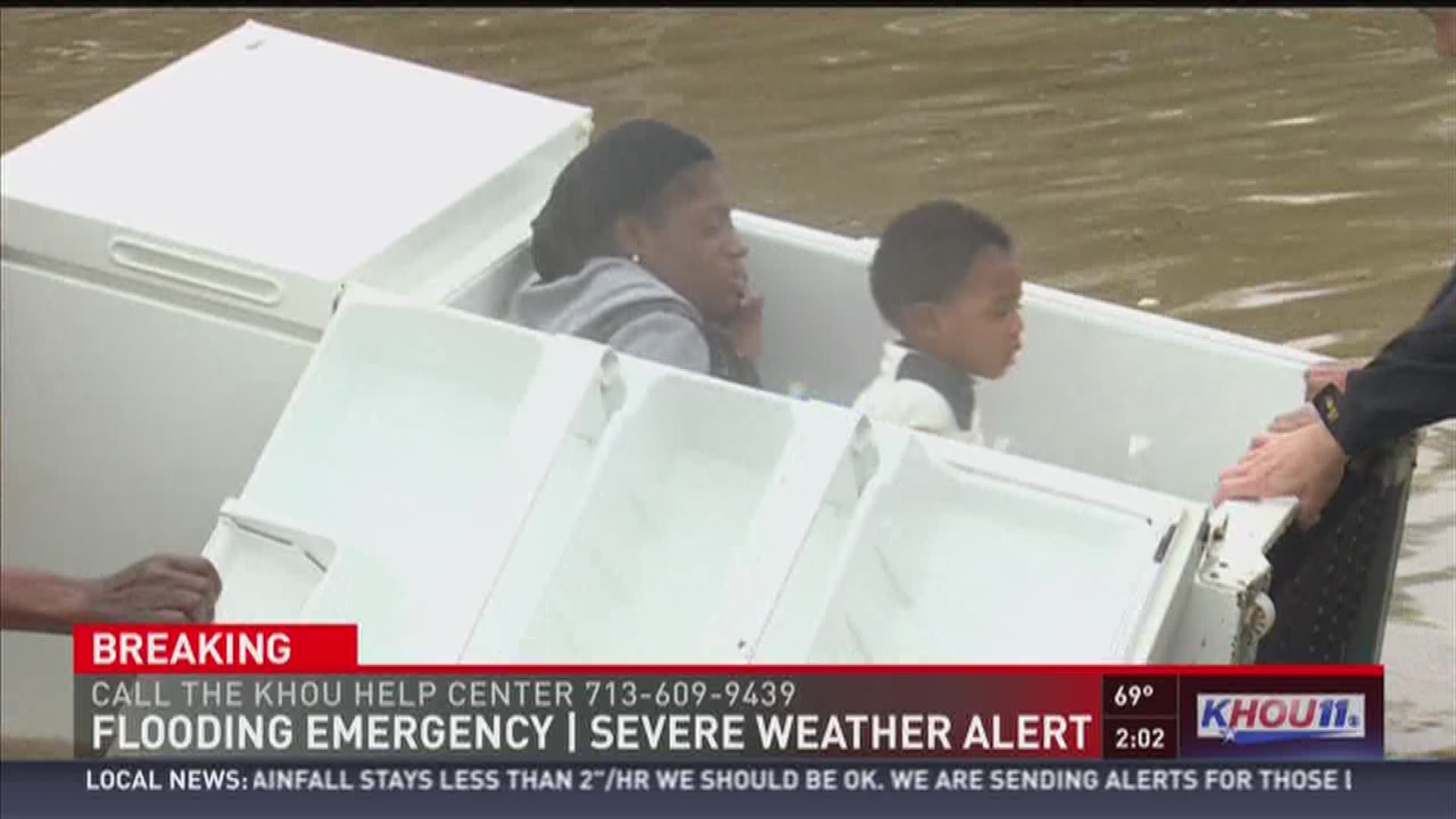 Jaqullyan Beasley lives in an apartment with her 6-year-old and 3-year-old. Around 4 a.m. Monday, they watched water pour through their walls. They escaped and found refuge with neighbors upstairs. Eventually, good Samaritans got them out.

“When they see somebody needs help and it’s a crisis like this, I think the mayor should be the first to step up,” said Greenspoint resident Geraldine Winslow.

Turner says help organized outside Greenspoint Mall around 4 a.m., though Houston Fire Department officials said it took five more hours to get all the equipment necessary ready. Turner wishes it happened sooner, but says it was the second largest weather event in years. 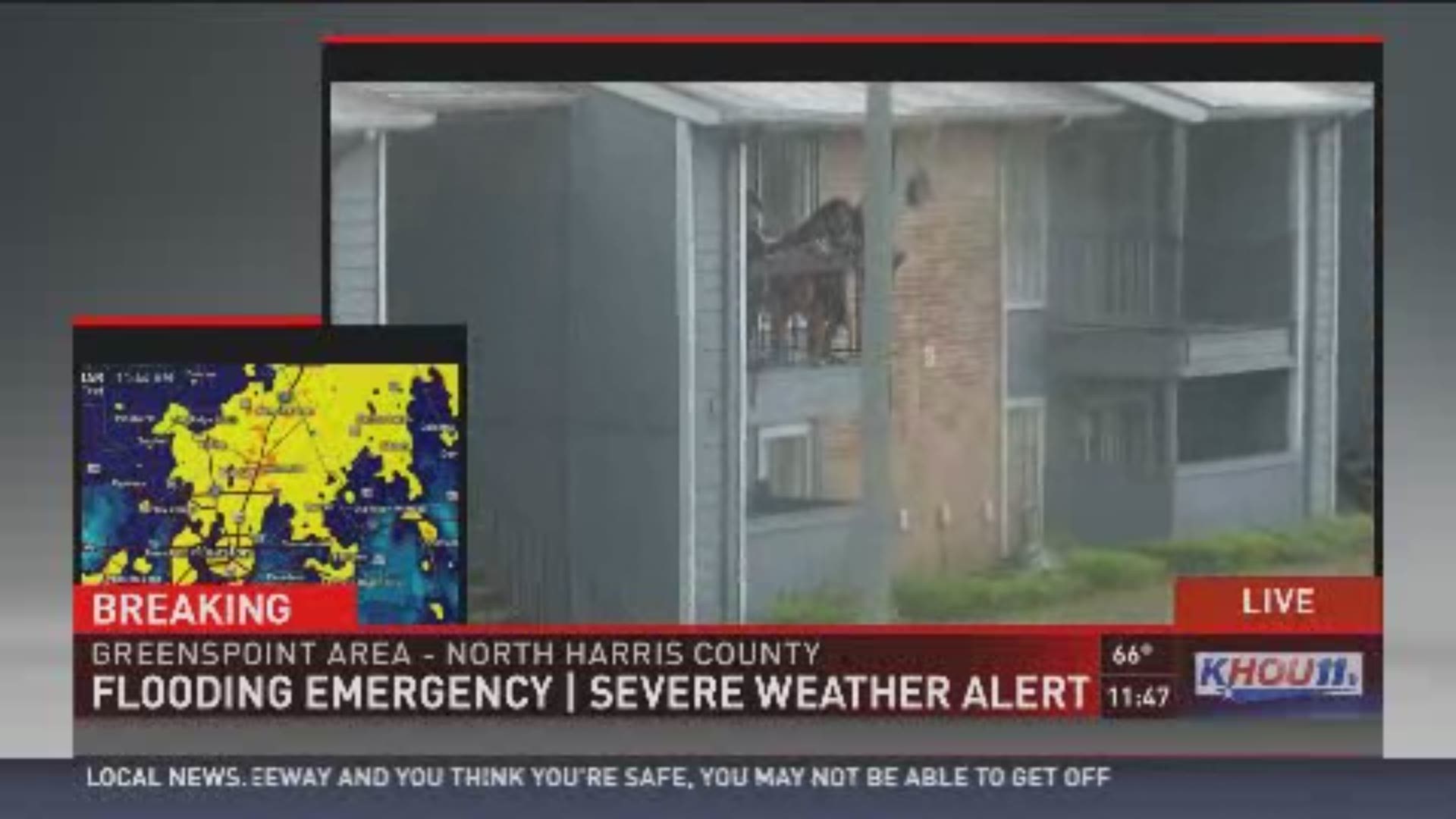 For the many complexes that saw suffering, he apologized.

“For today, for right now, my primary responsibility is to make sure people know that the city sees them and that the city is responding to them and we’re doing it as quickly as we humanly possibly can.”

After all the drama, residents in need of help found shelter at the MO Campbell Center where families, still in shock, registered with the American Red Cross and were given clothes, diapers, blankets, bottled water and other necessities. 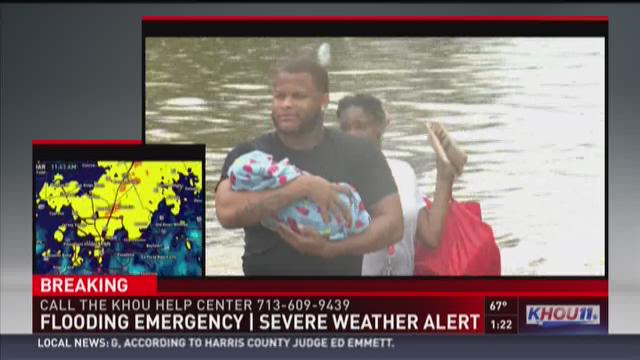 The shelter, which can hold 325 people, nearly reached capacity Monday night with 300 people inside, officials said.

1 / 44
<p>Heartbreaking images out of the Greenspoint area where desperate families have been trying to escape the floodwaters all afternoon. </p>