Dhaliwal was a trailblazer within law enforcement and an inspiration to the local Sikh community. 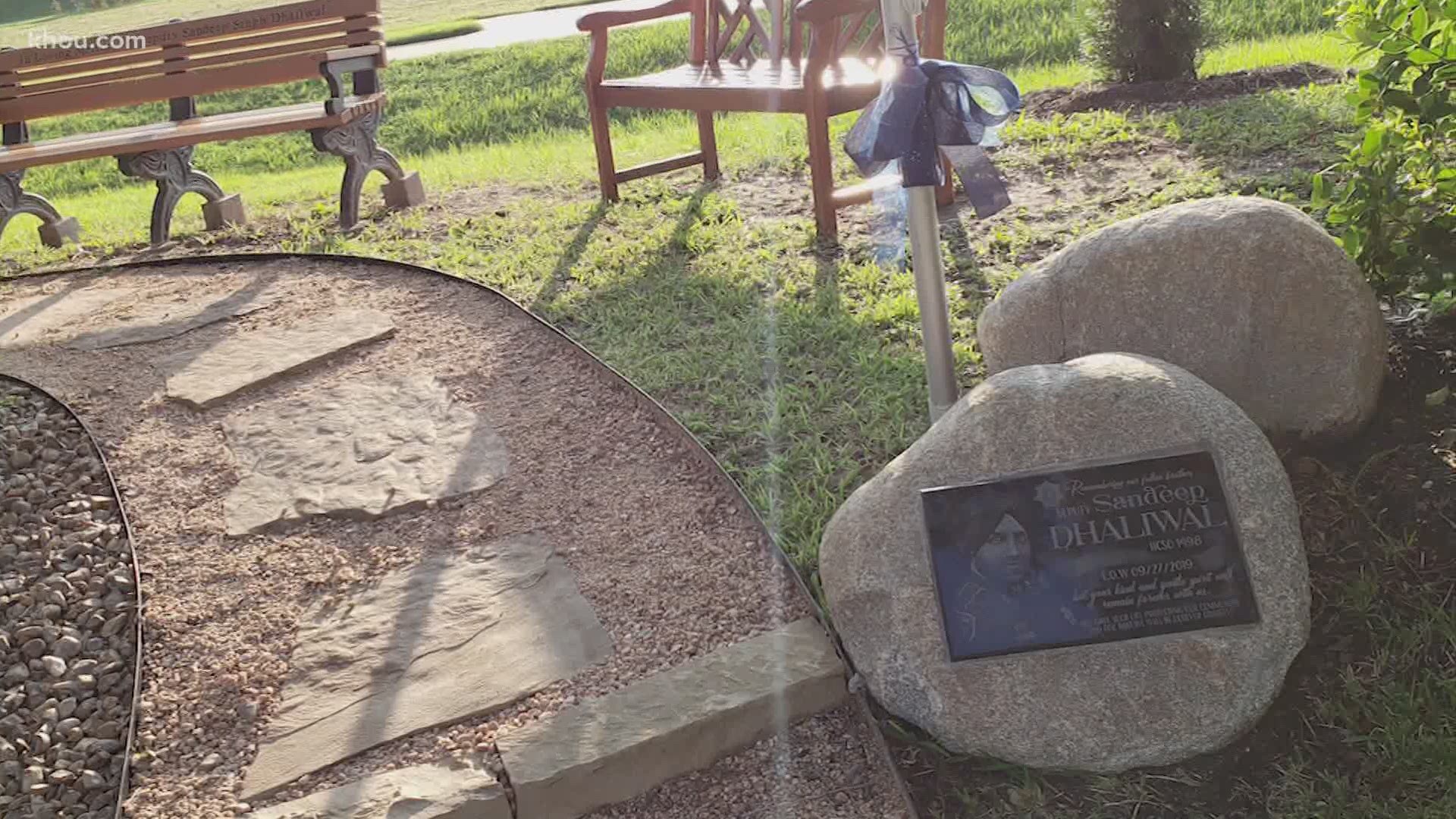 HARRIS COUNTY, Texas — Harris County deputy Sandeep Dhaliwal, a veteran officer beloved for his selflessness and a trailblazer in the Sikh community, is being honored Sunday on the one-year anniversary of his death.

Dhaliwal died at the hospital after being shot from behind during a traffic stop on Sept. 27, 2019. In the weeks following his murder, thousands came together to honor his memory and to uplift his family and community.

He was a 10-year law enforcement veteran, a husband, a father of three children— and above all, an inspiration to the Houston community.

In 2015, Dhaliwal became the first officer in Texas to wear his articles of faith, including a beard and turban, on duty after a Harris County Sheriff’s Office rule change. His passing led to similar policy amendments in the Houston Police Department and others across the state.

HCSO is holding a memorial procession in his honor for 10 a.m. at the Studio Movie Grill at 8580 N. State Highway 6.

According to organizers, it will be followed with a private family prayer service and a neighborhood unveiling of a stone memorial dedicated to Dhaliwal. There are also plans for a candlelight vigil Sunday night.

The times and location are not being disclosed as these are closed events.

Last week, the U.S. House unanimously voted to rename the post office at 315 Addicks Howell Rd. to the Deputy Sandeep Singh Dhaliwal Post Office in his honor. It had been in the works since last October.

“Deputy Dhaliwal represented the very best of our community: he worked for equality, connection and community through his life of service to others,” Congresswoman Lizzie Fletcher said a release. “[The post office] will serve as a permanent reminder of his service, sacrifice and his example for us all.”

RELATED: Houston artist who went to high school with Deputy Dhaliwal honors him with paintings