Deputy Sandeep Dhaliwal remembered on one-year anniversary of his death

Even though time helps heal wounds, the community continues to grieve. 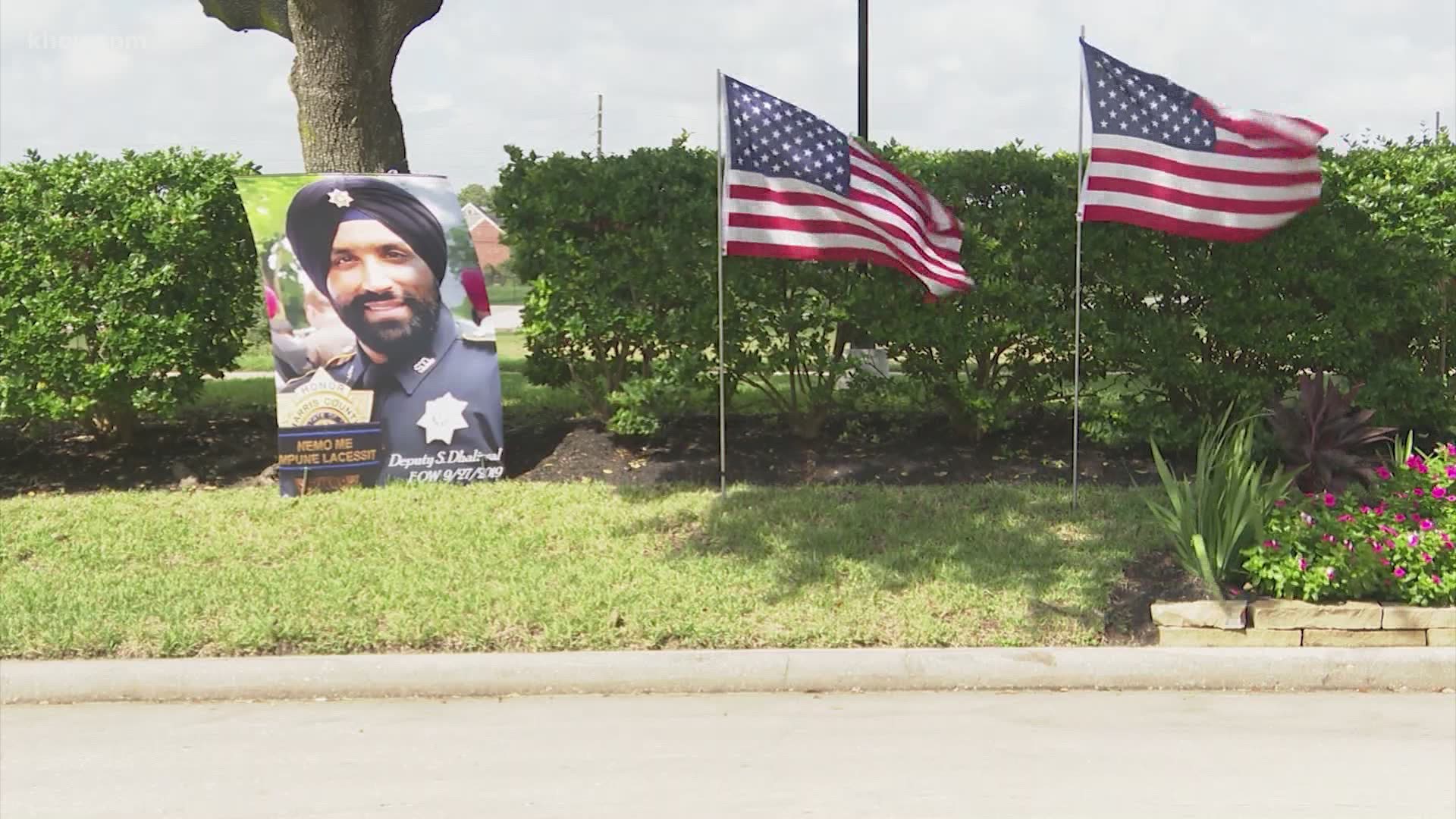 HOUSTON — It is hard to believe that one year has passed since Harris County Sheriff’s Office Deputy Sandeep Dhaliwal was shot to death during a traffic stop.

His life was remembered by family, friends and fellow law enforcement brothers and sisters on Sunday.

Even though time helps heal wounds, the community continues to grieve Shaliwal's death. Kimberley Hall considered Dhaliwal a brother after they became friends.

“He meant the world to everybody and to lose somebody like Sandeep is just like a part of my heart’s been ripped out,” Hall said. “It’s been a tough year. I’m not going to lie. I can’t talk about him without crying because he meant so much to so many people.”

Dhaliwal’s ultimate sacrifice is honored at the site where he was killed. Diana Perez showed up to remember her friend.

“We came out here last year and put a cross out here for him. He was really close to us. He was a good friend of ours, to our family,” Perez said.

Some have made it their mission to remember deputy Dhaliwal’s legacy. Hall has paid tribute to him by getting tattooed.

“This is the Khanda which is the symbol of the Sikhs. This is his name in Punjabi that says ‘Sandeep.’ This is his badge number and this is the thin blue line and this one here is his shadow. It’s on the back of my shirt and the lion,” she said as she described the designs of her tattoos.

The Harris County Sheriff’s Office paid their respects to Dhaliwal with a procession through different neighborhoods of the community that were important to Dhaliwal. It was followed by a private service at the memorial marker and memorial bench unveiled as a tribute to his life and service.

“Especially this year that’s been marked with so much turmoil and tragedy. I know he would be a ray of sunshine and sunlight for so many,” Sheriff Ed Gonzalez said.