Deputies with the Harris County Sheriff's Office say the incident happened in the 21100 block of Wildcroft. The baby was not injured in the auto-pedestrian incident. 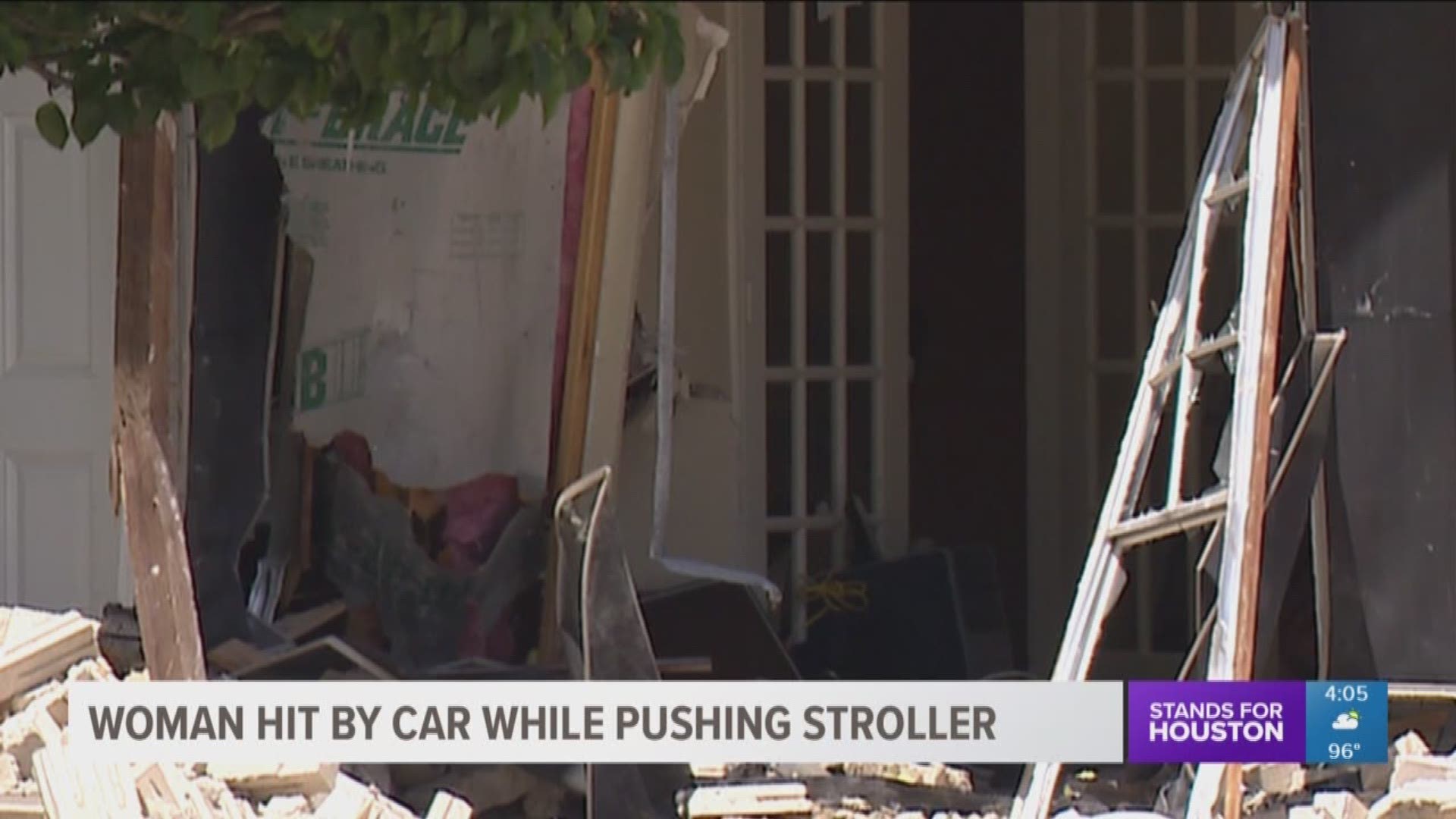 HARRIS COUNTY, Texas – A woman is in critical condition after she was hit by a car while she was pushing a stroller with a baby in it on sidewalk in west Harris County Friday morning.

Deputies with the Harris County Sheriff’s Office say the incident happened in the 21100 block of Wildcroft. The baby was not injured in the auto-pedestrian incident.

Deputies have not released the relation between the woman and the child.

A neighbor said he believes the woman had taken the child to the park nearby and was on her way back.

Deputies said a male driver coming up the street hit the curb right. Then the man lost control of the car going into the grass, hitting the woman with the stroller, and ending up in the house.

The man who lives there was luckily not at home when it happened.

“You can see the car's about half way inside my house right now. Luckily my wife and children were in Mexico on vacation and weren't at home at the time, so I’m very thankful for that,” he said.

That man said he hasn't been inside of the home yet to see the damage, but will be hoping to do that later in the afternoon.

Deputies still aren't identifying anyone or saying how they think this could have happened.

The driver is also in the hospital with minor injuries.

The sheriff said that the driver may have a medical condition that led to them losing control of the vehicle.

@HCSOTexas Vehicular Crimes Unit is on the scene of an Auto-Pedestrian accident at 21106 Wildcroft Drive. A driver, with possible medical condition, struck a pedestrian with a baby in stroller. Extent of injuries are unknown at this time. Expect delays, avoid the area. #HouNews pic.twitter.com/PpzRhFMwFC