The line for free food at 9 a.m. wrapped around the corner and onto the HWY 290 service road. That’s because the parking lot was full. 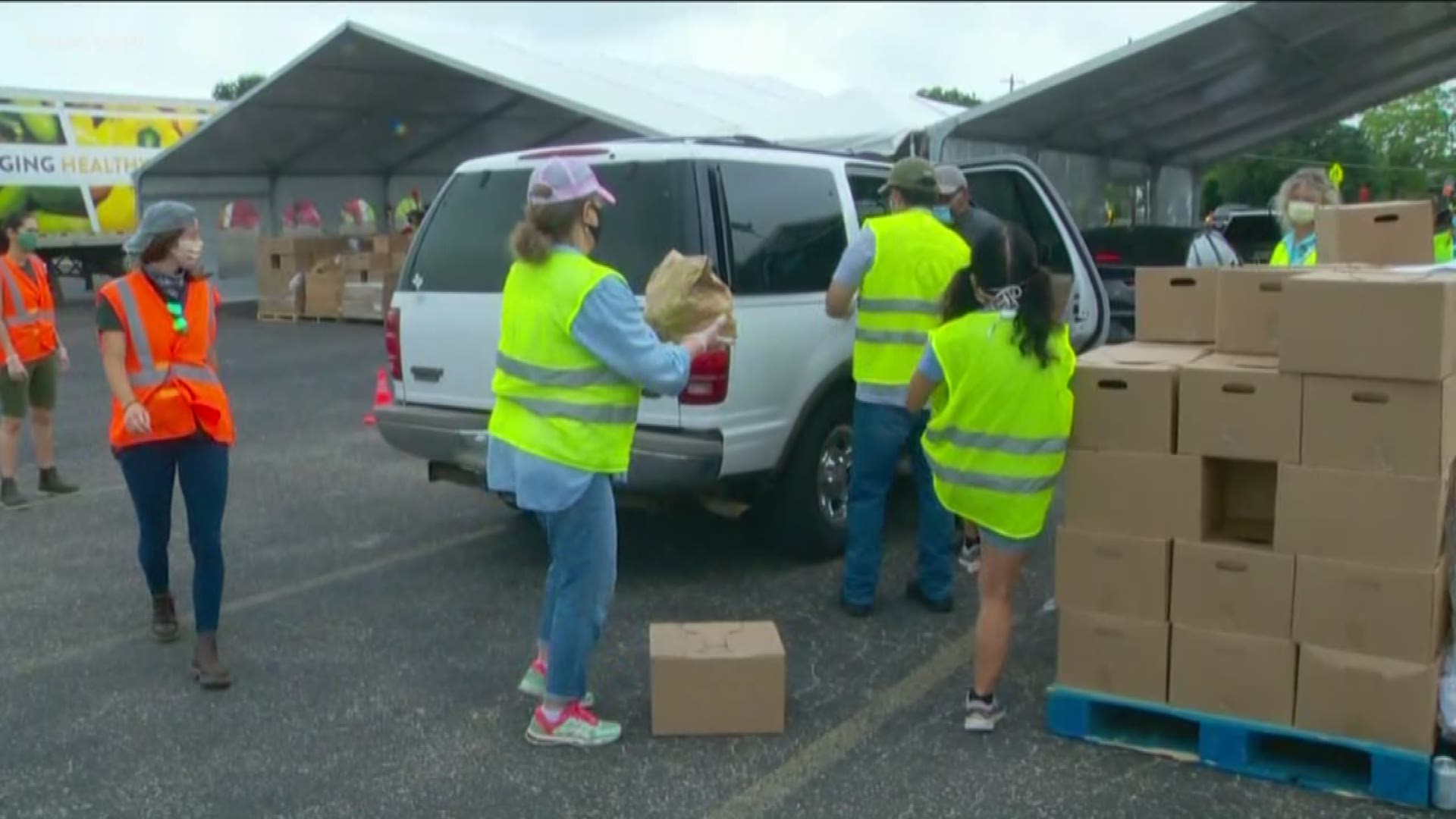 Despite some folks getting back to work, the Central Texas Food Bank is continuing to serve long lines of people who are in need of food.

Several people in line told KVUE they were there because they’ve lost their jobs due to COVID-19, and they’re struggling to put food on the table.

When the food distribution event started at 9 a.m., the line was wrapped around the corner and onto the HWY 290 service road. That’s because the parking lot was full. KVUE counted 10 rows of cars.

People told KVUE this is a stressful time, and they don’t know what to do next.

A woman named Sarah who lost her job at the University of Texas in March said that without students on campus, she's unable to work. She said she has been waiting months for her unemployment check to arrive. That’s why she and her mom were in line for food.

“It’s just been very hard financially and stressful, you know? You get depressed because you don’t know how you’re going to provide for your next meal,” Sarah’s mom said.

Ruby Lowe was the first person in line at 5 a.m. She said she lost her job in security at the Austin Convention Center. She’s never been in need of food before.

“When you’re used to a certain amount of income, it makes a difference when there’s a cut, so it has been a big difference,” Lowe, in line for food, said.

Neil Keeble, a man who’s disabled and has needed help from the food bank before COVID-19, described how much things have changed in a matter of weeks.

“It used to be you would see just homeless people or extremely poor people, now it’s affected everybody,” he said. “It’s leveled the playing field. There’s people in Cadillacs, trucks, SUVs - nice cars you don’t normally see getting food.”

A spokesperson for the food bank said on May 2, the last time they held an event at Nelson Field, they served more than 2,300 families.

On April 30, the CEO and President Derrick Chubbs said in Travis County alone they’d seen a 200% increase in new clients, people who’d never been in need of free food before. According to the Central Texas Food Bank, in April, the organization served 93,000 families. That’s 300,000 people in the 21 counties it serves. Nearly half of those people lived in Travis County.

"Even with the reopening plans and strategies that are being put in place, we don’t expect that need to decline very much over the next few months," Chubbs said. "We expect to continue to see these large crowds throughout the 21 counties that we serve."