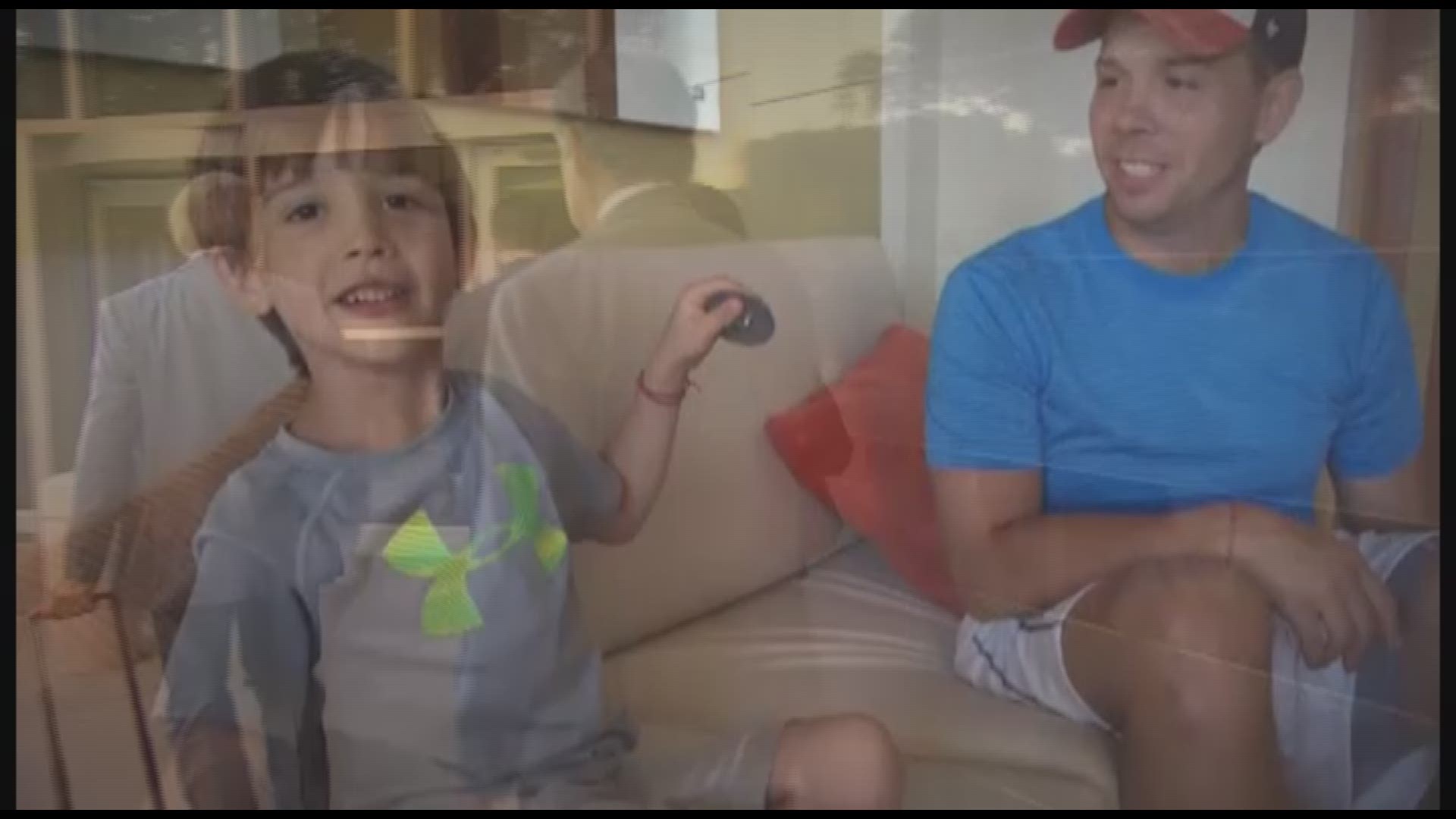 HOUSTON — The father of a little boy at the center of an international kidnapping case was hounded with accusations and questions on the witness stand Wednesday.

Defense attorney Rusty Hardin cross-examined Brann with a bruising line of questioning. The defense's strategy appears to be attempting to discredit the boy's father.

Hardin presented an email between Brann and his ex-wife in which Brann admitted to striking his ex-wife and pushing her. Hardin asked him if he considered this domestic violence, and Brann responded that it was self-defense. Brann told jurors the incident happened when his ex-wife Marcelle grabbed his genitals and squeezed hard. He defended himself, intending to get away, Brann testified.

Hardin also asked Brann about another email from six years ago in which Brann wrote that he had an addiction to pornography, which he referred to as a “disease.” On the stand Wednesday, Brann told jurors that he now does not believe it's a disease because pornography addiction has never been listed in the Diagnostic and Statistical Manual of Mental Disorders.

Brann also testified that he had watched pornography and pleasured himself at work on one occasion in 2012 as an intern. Hardin asked if this had created issues in the marriage. Brann responded it had.

Hardin claimed to jurors that it was Brann's pornography addiction that led to fights and the marriage crumbling. Brann told the jury he agreed the addiction was one of several issues that led to problems in their marriage. Brann testified his wife became more "aggressive" as their marriage soured, often times preventing him from leaving the room during fights.

Brann has now been on the stand for more than 13 hours. Brann should wrap up his testimony Thursday. The trial is expected to take a total of 3 weeks.

Editor’s Note: This article has been clarified to reflect additional details from Dr. Chris Brann’s testimony.