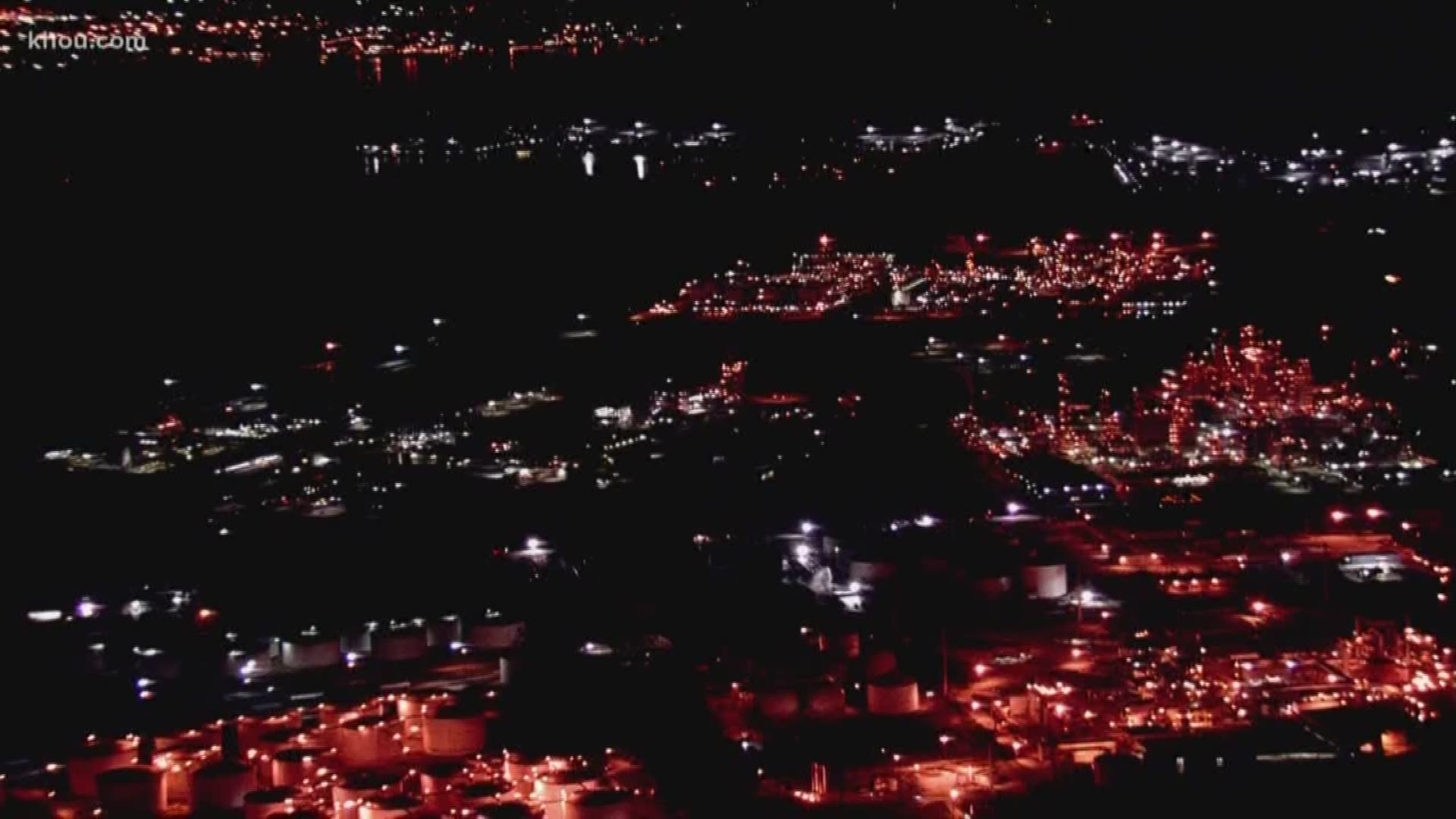 DEER PARK, Texas — Hours after firefighters extinguished the fire at the ITC tank farm in Deer Park, flames flared up again from one tank.

Air 11 was over the tank farm when the fire reignited at 5:21 p.m. Wednesday.

Thick black smoke filled the air but fire crews attacked the flames quickly and had the fire out within minutes.

She said it was likely caused by a small amount of vaporization mixing with extremely hot metal on the tank.

Firefighters are expected to stay on the scene until the danger has passed.

“Just because the fire is out doesn’t mean that the monitoring won’t continue,” Mayor Sylvester Turner said.

The original fire started Sunday and spread from tank to tank until firefighters went into offensive mode Tuesday evening. They had the fire out by early Wednesday. 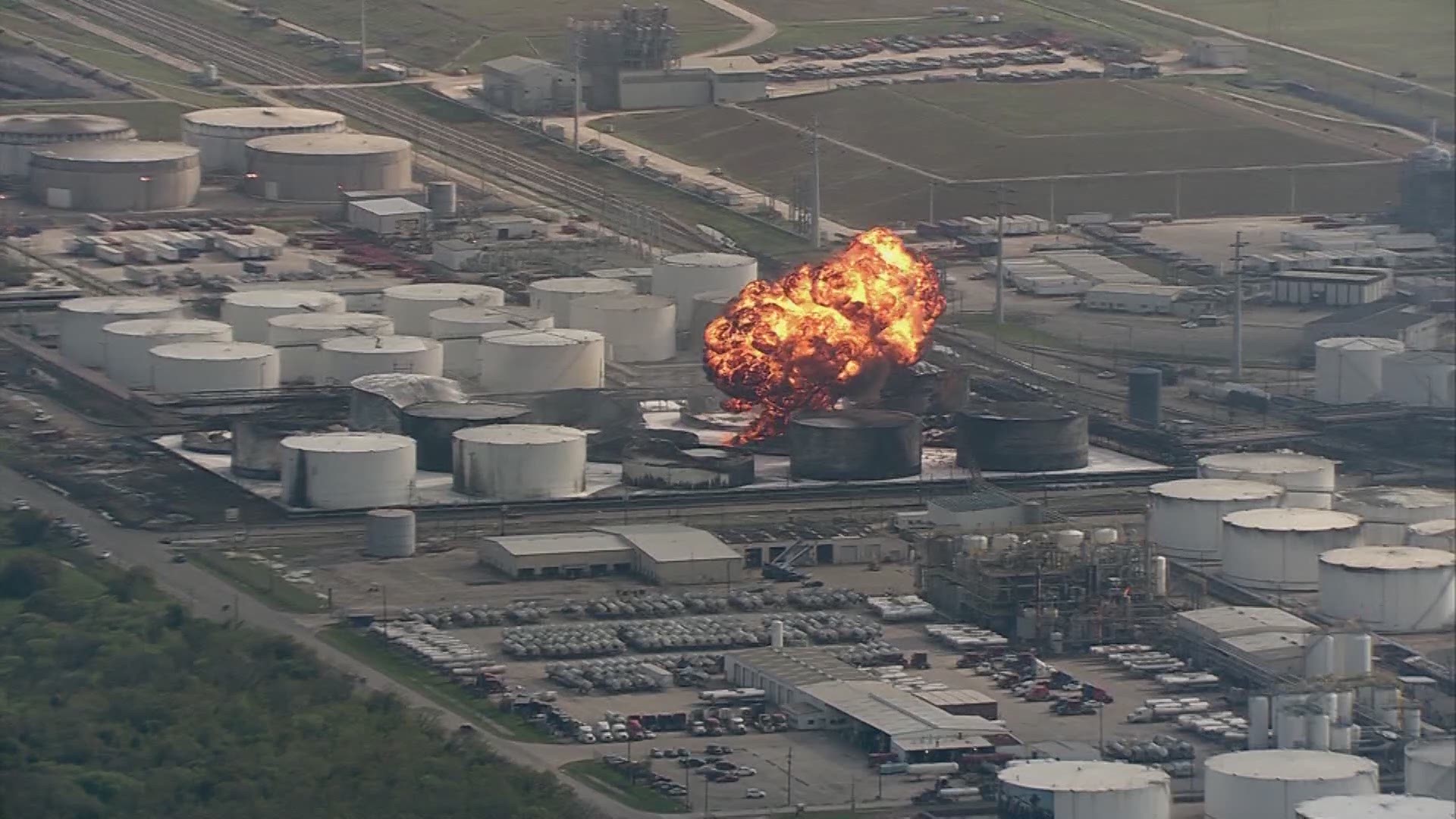 No injuries were reported during the three-day fire, but the ominous-looking plume that spread all the way to Waller County had nerves on edge as people worried about health effects.

Parents in Deer Park, Pasadena and La Porte say their children are experiencing headaches and respiratory issues and they're demanding transparency from ITC.

“It gets really personal for me," he said. "We've got skin in the game because I open my door and it’s less than two miles from the plume."

Environmental Protection Agency spokesman Adam Adams said Wednesday they are continuing to monitor air and water samples, but, so far, they haven't seen any hazardous levels.

RELATED: Expert: ITC fire could have been out in seconds

RELATED: Verify: Were all employees working at ITC let go after chemical fire?

RELATED: Verify: Could there be asbestos inside burned tanks at ITC?