The Mustang was T-boned after it crossed over into oncoming traffic. 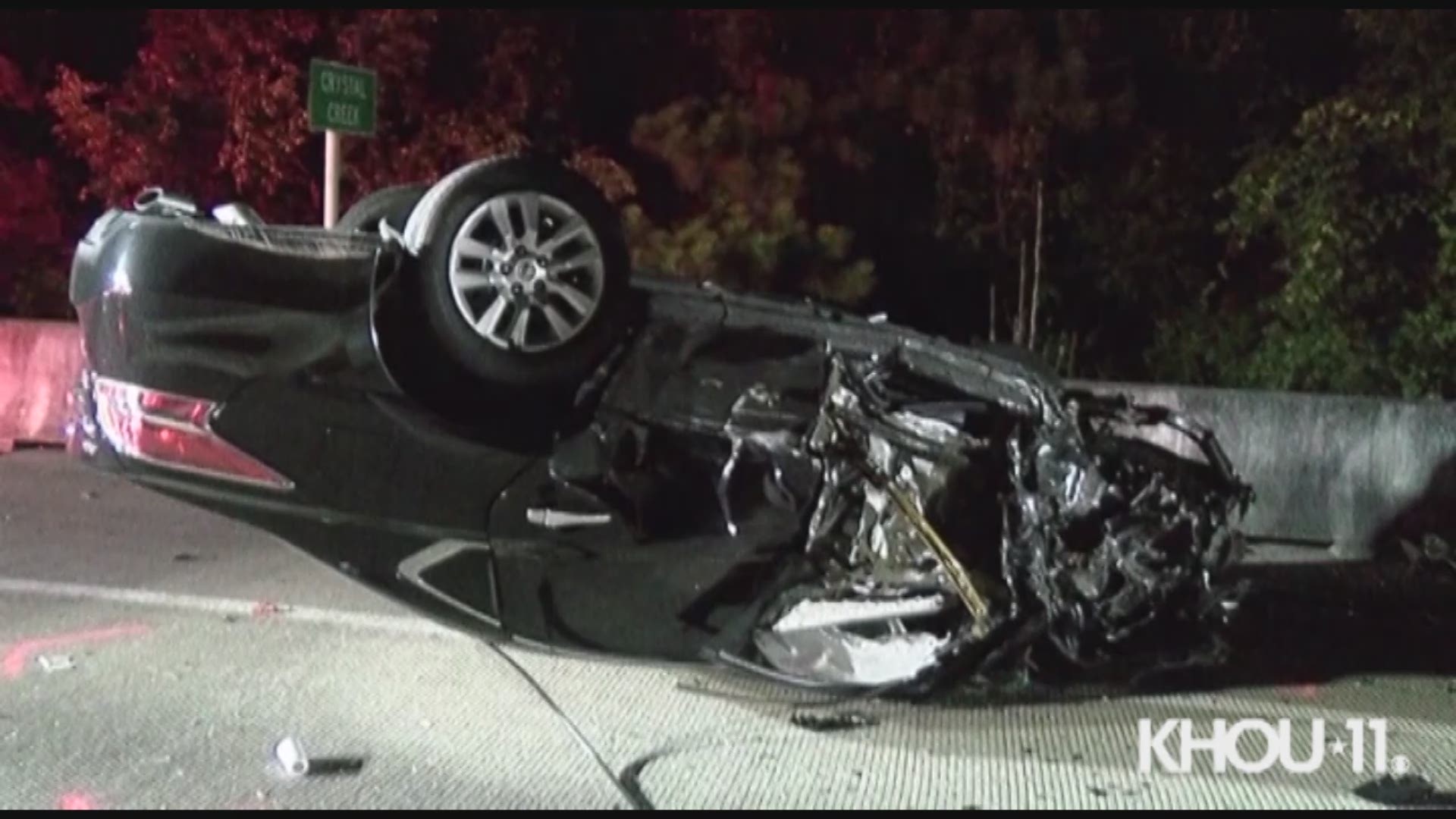 It happened around 11 p.m. Thursday on State Highway 242 near where it crosses the San Jacinto River and Crystal Creek.

State troopers say the driver of the Mustang did not survive the crash. The Mustang was heading west when for an unknown reason it crossed over into the eastbound lane as it passed Crystal Creek.

A mother and daughter were in a 2014 Nissan heading east and were hit almost head-on, flipping their vehicle, DPS said. The crash caused the Mustang to continue westbound in a spin.

DPS says a 2004 Honda, which was also heading east, T-boned the spinning Mustang splitting it in half and ejecting the driver of the Mustang. The driver was pronounced dead at the scene.

The mother and daughter were transported to a local hospital in The Woodlands in stable condition.

DPS says the male driver of the Honda was taken to a local hospital in critical condition.

The roadway reopened after 3 a.m.