This was a single-vehicle crash. Witnesses reported the woman was speeding before she crashed into a pillar off the freeway. 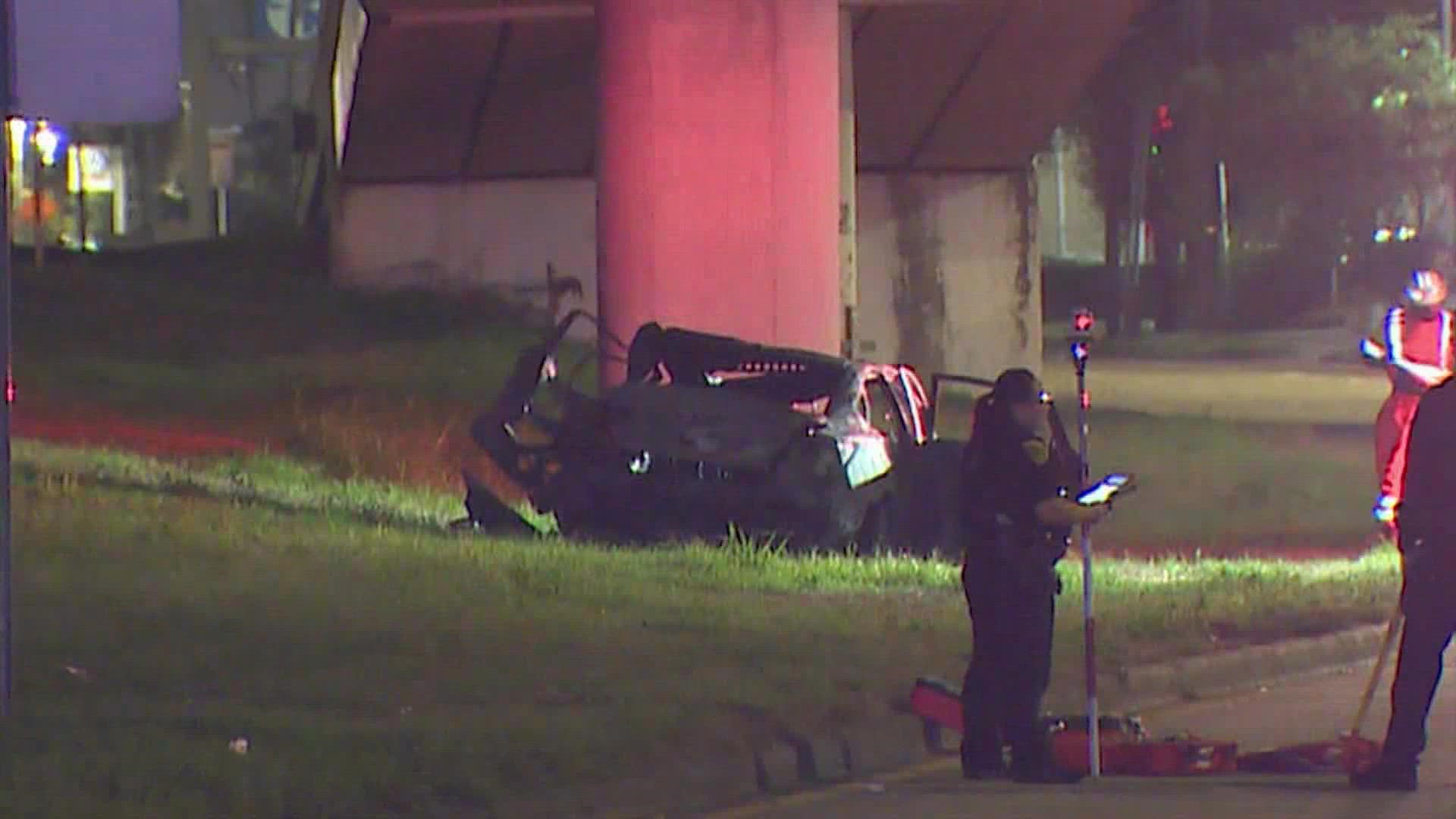 HOUSTON — A woman was killed Friday after her car caught fire when she crashed into a pillar off the Gulf Freeway near the Beltway.

The investigation is still ongoing, but Houston police said witnesses reported the woman was speeding prior to the crash. Investigators believe she was trying to exit the freeway but ended up crashing into a pillar in the HOV lane.

The vehicle exploded into flames.

Police reported Good Samaritans tried to help her out of her car but they couldn't get to her. She died on scene.

There were no other vehicles involved, according to police. The cause of the crash is under investigation.

One southbound lane of the Gulf Freeway is closed due to the crash as well as the entire service road near the Scarsdale exit. Police said the service road should reopen soon.

KHOU 11 reporter Brittany Ford will have live updates on this scene on KHOU 11 News at 6 a.m.

Traffic alert: A portion of gulf freeway feeder road at Nyack. is blocked off as investigators respond to a fiery crash. We’re told a woman has died. I’ll have the latest @KHOU #KHOU11 pic.twitter.com/5DdiUMYaty