Sugar Land police were investigating the crash, which happened about 2:30 a.m. Monday. 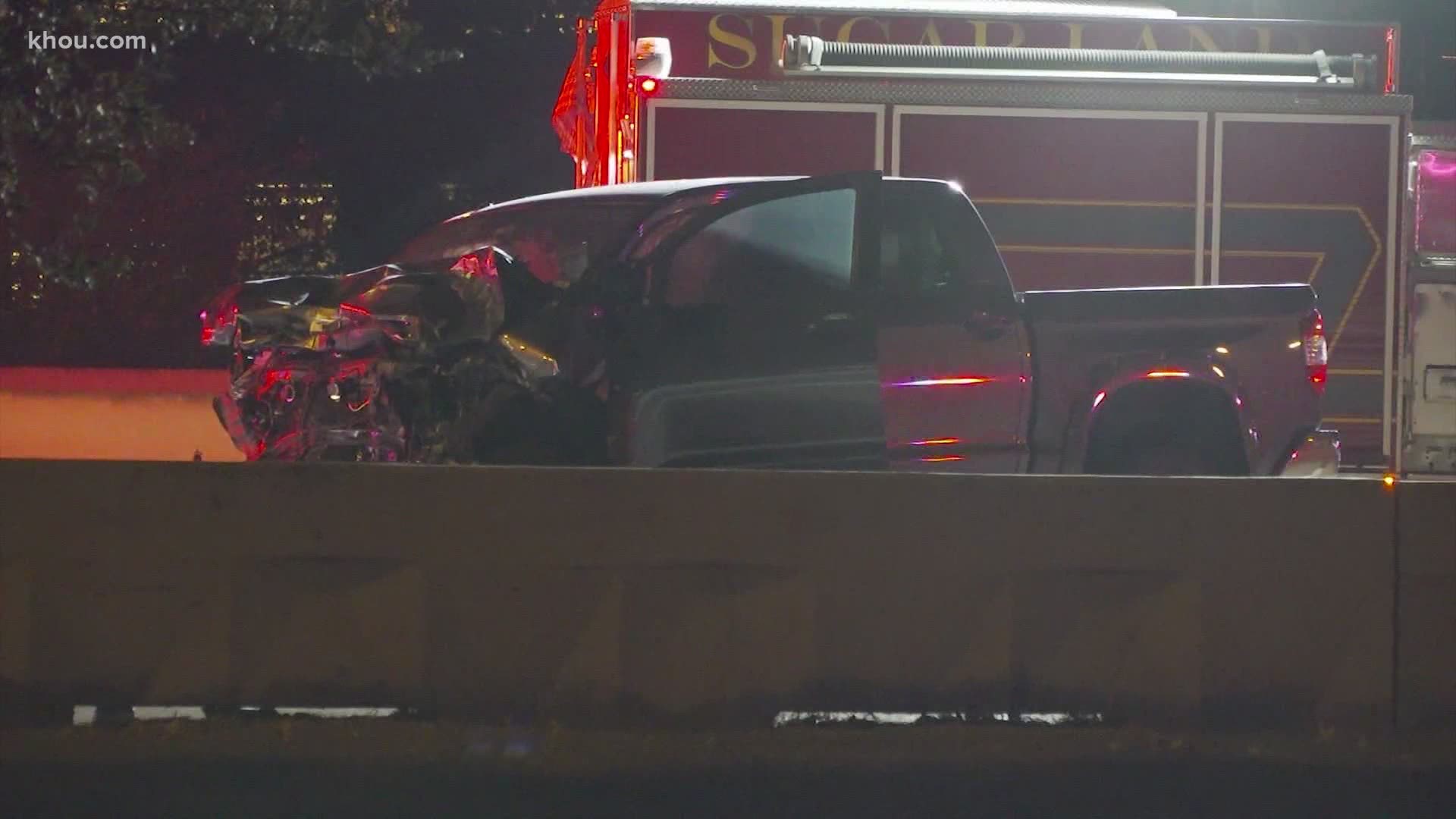 SUGAR LAND, Texas — The driver arrested in a wrong-way crash that killed an innocent woman Monday morning is facing intoxication manslaughter charges, according to the Sugar Land Police Department.

Investigators said Johnny Bladimir Martinez, 35 was driving a pick-up truck northbound in the southbound lanes of the Southwest Freeway near Highway 6 when he crashed into a Jeep about 2:30 a.m.

Update: I-69 Southwest Freeway southbound at SH 6 crash scene has cleared and all mainlanes back open. pic.twitter.com/xnUSubpnxg

The jeep driver, who is being described as a woman in her 20s, was pronounced dead.

The pickup truck driver was taken to the hospital. Investigators said he is a man, also in his 20s. They have reason to believe the driver may have been intoxicated, police said.

The freeway was shut down for several hours while police investigated. The scene was officially cleared around 6:30 a.m.