The crash happened when a vehicle had a blowout and stopped in the middle of the road, police said. 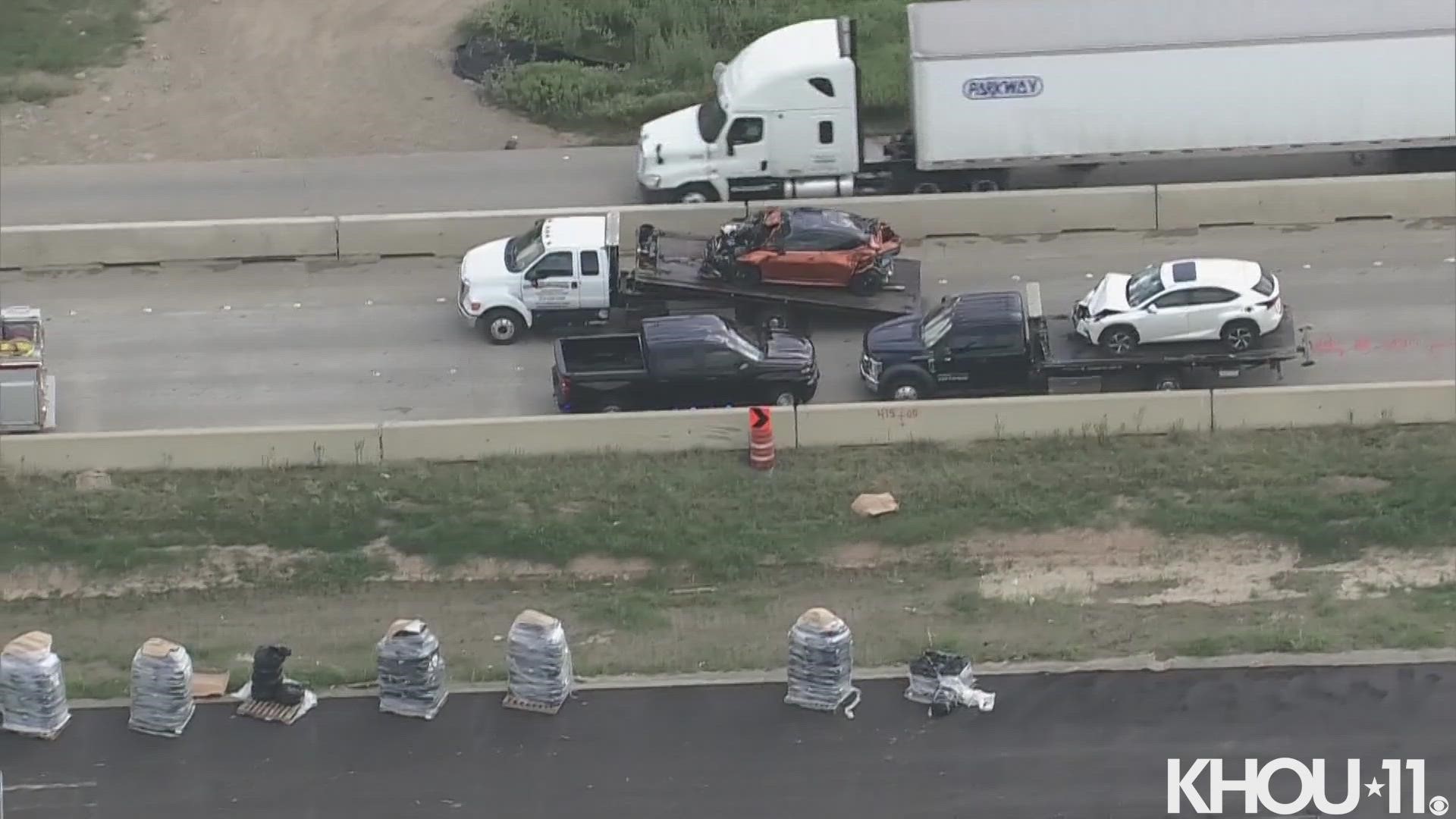 SEALY, Texas — One person died Monday in an eight-vehicle crash on I-10 in Sealy, according to authorities.

According to the San Felipe Police Department, a vehicle had a blowout and stopped in the middle of the road, causing a major crash between eight vehicles, including an 18-wheeler.

An 89-year-old man was killed in the crash after his vehicle was hit from behind, police said. Three people were taken to nearby hospitals with injuries.

In total, there were 14 people involved in the crash, police confirmed.

No other details were provided.