The sheriff's office said the crash happened as one driver went to pass another using the center lane, resulting in a head-on crash. 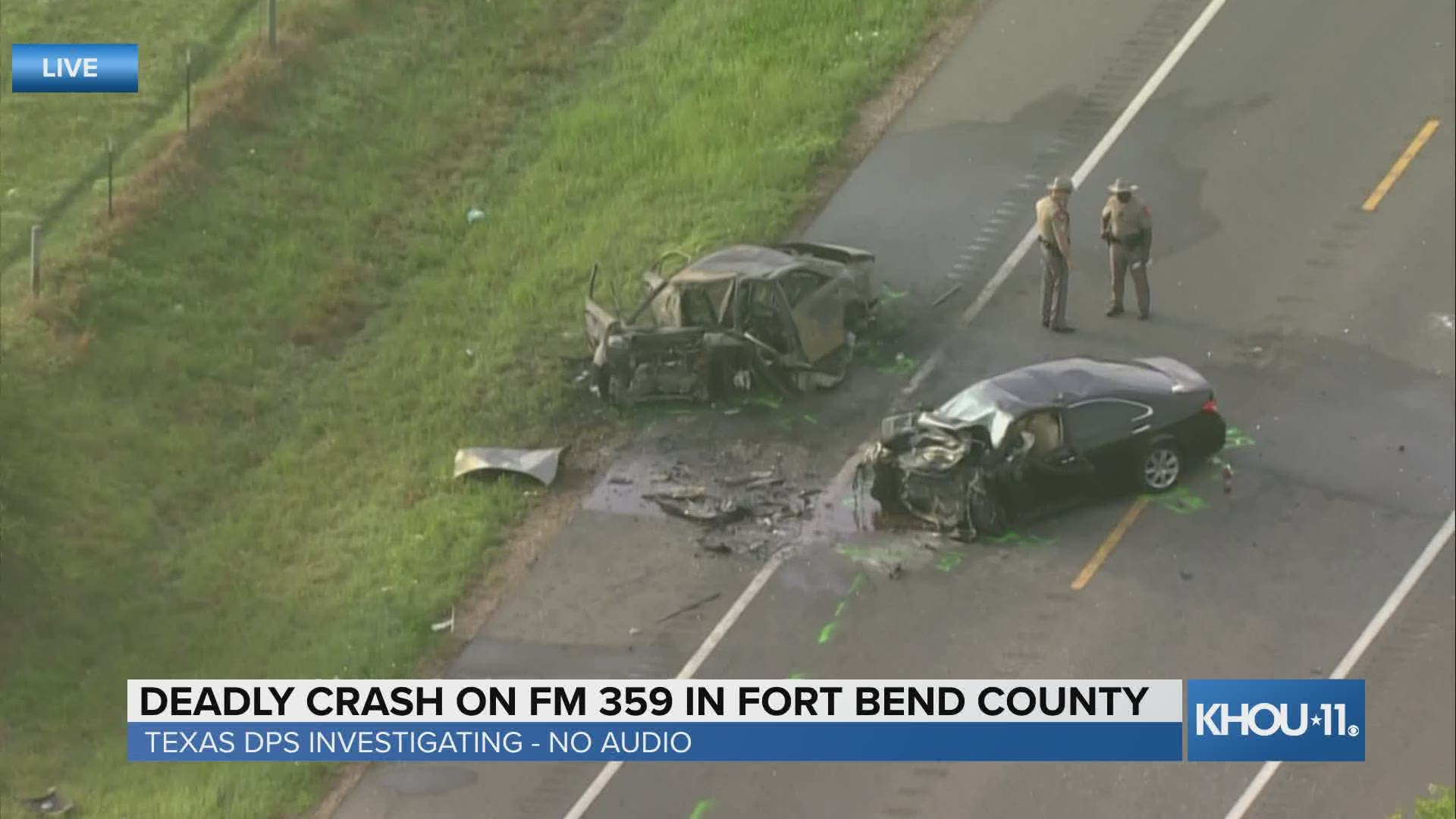 FORT BEND COUNTY, Texas — A head-on collision on FM 359 left at least one person dead Monday morning in Fort Bend County, according to the sheriff's office.

The incident was reported at 5:09 a.m. near Settegast Ranch.

Fort Bend County Sheriff's Office confirmed one person died at the scene and another victim was transported to the hospital. The extent of the second victim's injuries is unknown.

Texas DPS shared a photo from the collision, which showed two sedans with intense frontend damage. In the picture, one of the vehicles appeared to have been burned. In the background, there was still plenty of fog.

DPS Troopers are investigating a fatal crash on FM 359 near Settegast Ranch in Fort Bend County.

There were reports of dense fog at the time, but authorities have not said if that played a role in the crash.

Air 11 footage showed neither vehicle had been removed and the scene was still active, as of 8:35 a.m. DPS asked drivers to avoid the area.