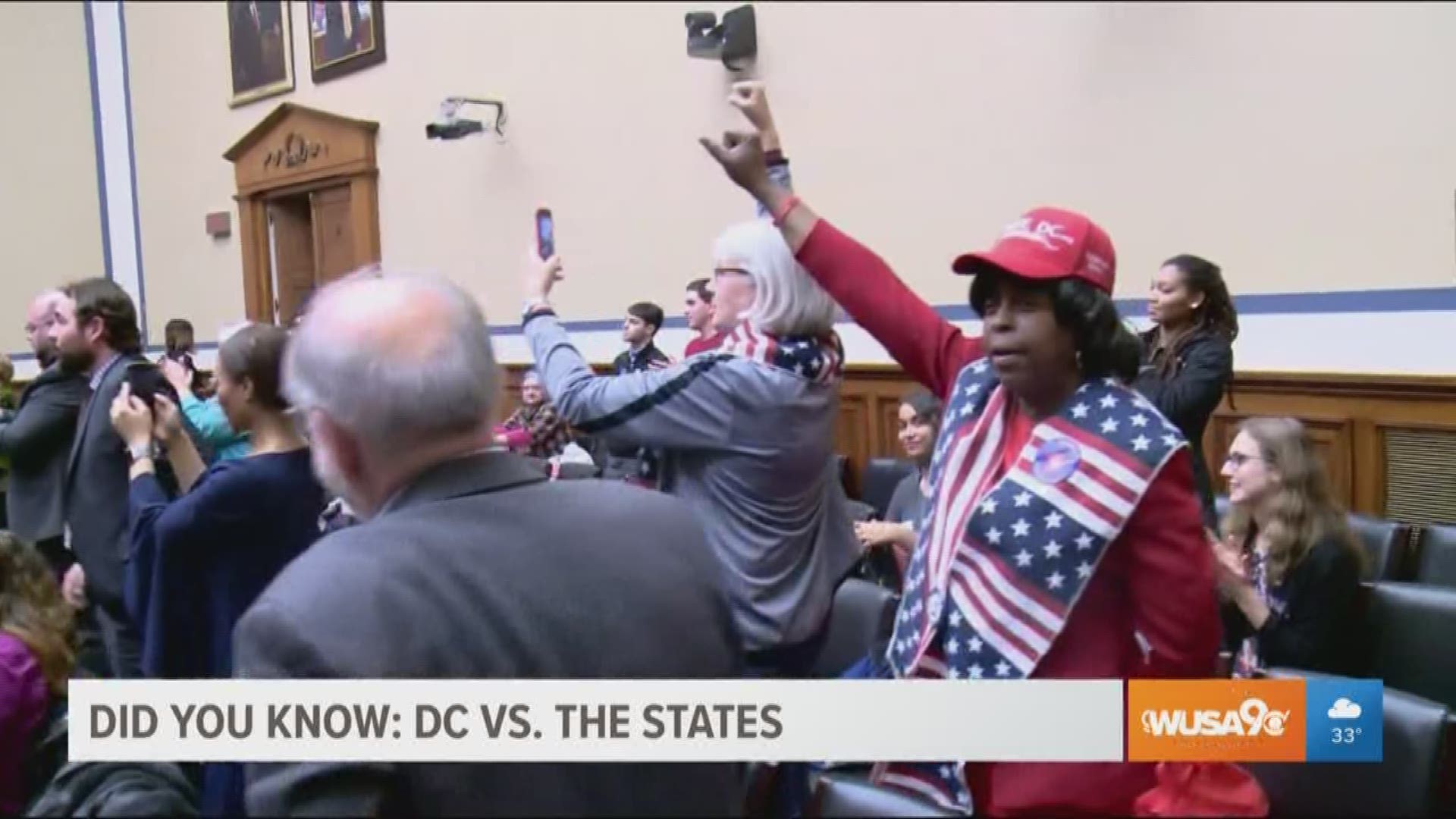 WASHINGTON — With over 700,000 residents that reside within the borders of D.C., the Nation's Capitol has more people than Vermont and Wyoming. But the question of statehood for the District is something President Donald Trump believes will never happen.

While nearly 86% of District voters in 2016 endorsed statehood, it is also largely a known fact that the District's residents vote heavily for Democratic Party candidates. President Trump himself only received 4.09% of the D.C. vote for president when he ran against Hillary Clinton.

President Trump believes the real reason Democrats want to make D.C. a state has nothing to do with representation for its residents, but more so that the party can gain congressional votes.

In comments before he was elected, President Trump said he wanted what's best for the District's residents, but did not comment either way for what his view is.

Even in his comments to the New York Post, he still didn't say if he is in support of it or against it, but rather he laid out reasons he believes it wouldn't happen.

RELATED: When will DC, Maryland & Virginia reopen? Their epidemic curves can tell us

"They want to do that so they pick up two automatic Democrat — you know it’s a 100 percent Democrat, basically — so why would the Republicans ever do that? That’ll never happen unless we have some very, very stupid Republicans around that I don’t think you do. You understand that, right?" President Trump said in his interview with the New York Post.

D.C. licenses say "Taxation Without Representation" on them as a way of protesting what a majority of residents believe is underrepresentation by its own government.

Recently, coronavirus legislation that gave D.C. less money than any state, has been used as a rallying cry by some Democrats for why the District should become a state.

Earlier this winter, Congress did hold a vote for D.C. statehood for the first time since 1993.

The vote was held in the House Oversight and Reform Committee and was passed through the committee, meaning the whole Houe of Representatives will be voted on HR51. It is not known when this vote will happen.

“President Trump’s comments, in response to a question during an interview in the Oval Office on Monday, betray his embarrassing lack of basic understanding of his own country’s representative democracy,” said D.C.'s non-voting congresswoman, Rep Eleanor Norton said in a statement from her office. "During the interview, Trump did not hide his fear of 'two Democratic senators and five more congressmen.' Of course, states with as many as a million residents get only one House member. D.C. statehood would mean two senators and one representative for the District in Congress."