Porfirio Zarate, 70, was found unconscious with head injuries at the Bernal/Singleton Transfer Location on October 30, according to DART Police. 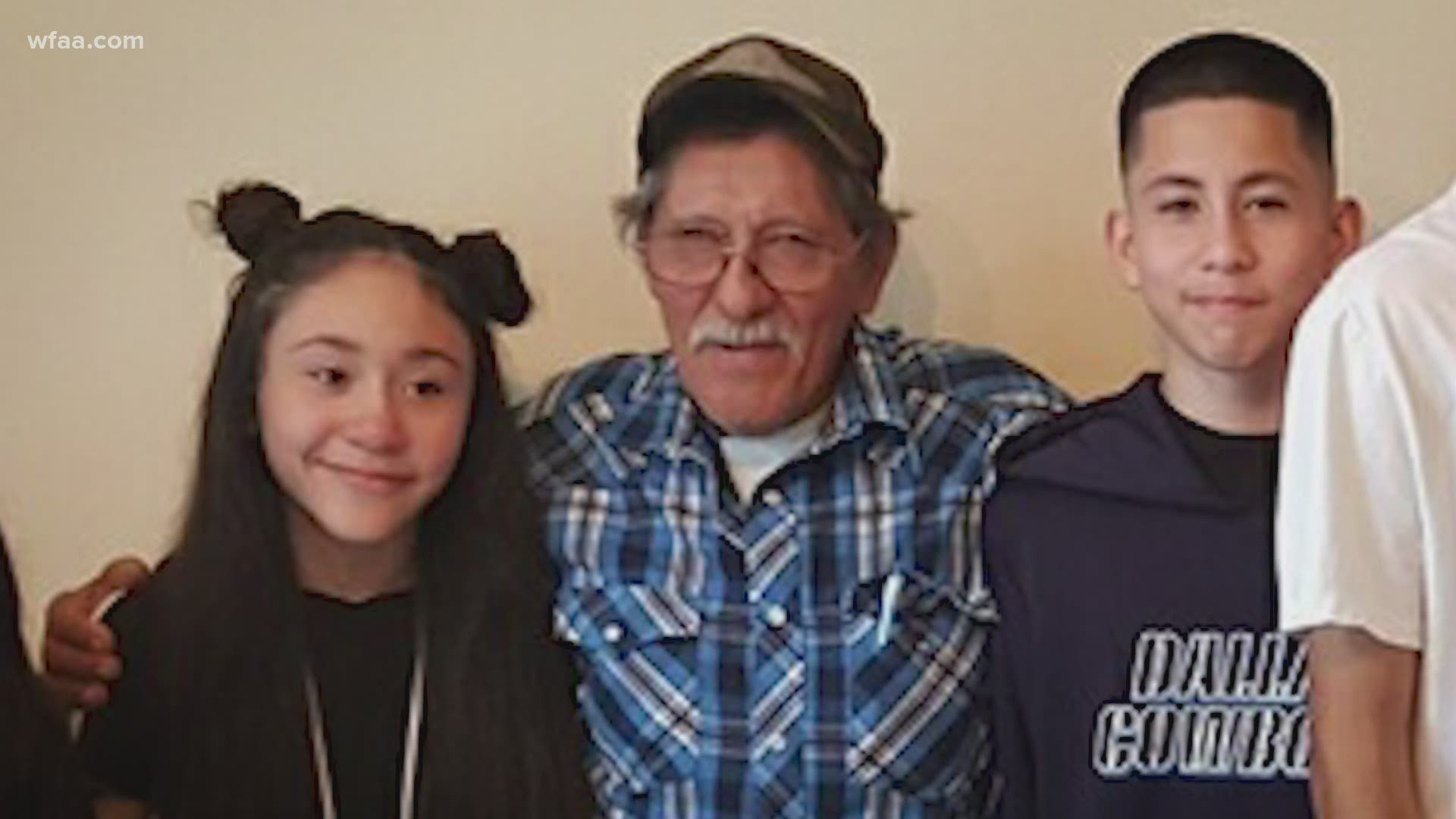 DALLAS — Police are investigating the circumstances around the death of a man found at a bus station in West Dallas.

Dallas Area Rapid Transit Police were called to the Bernal/Singleton Transfer Location around 10:30 p.m. on Friday, October 30, 2020 after calls about an unconscious individual.

Investigators say they found Porfirio Zarate, 70, unconscious with injuries to the head.

”He was on his way home and he’s always on the DART, you know, he’s always riding the DART,” said son Edward Zarate.

Zarate was taken to Methodist Hospital, where he died.

Family members say DART Police officers came to their home around 1 a.m. Relatives say they were told Zarate was victim of a hit and run.

”We have so many questions. The community is angry,” said Edward Zarate.

With questions lingering, DART Police are reviewing surveillance footage from the bus station and the surrounding area. A DART spokesperson said officers are also canvassing the neighborhood for leads.

”I’d like the community, if anybody knows anything, to come forward please,” Edward Zarate added. “It’s a process of emotions. I want resolutions. Peace and love. I would like for this to never happen to anybody again.”