Cy-Fair school bus flips on its side in crash, students treated for minor injuries, district says

Views from Air 11 indicated a pickup truck was also involved in the wreck. 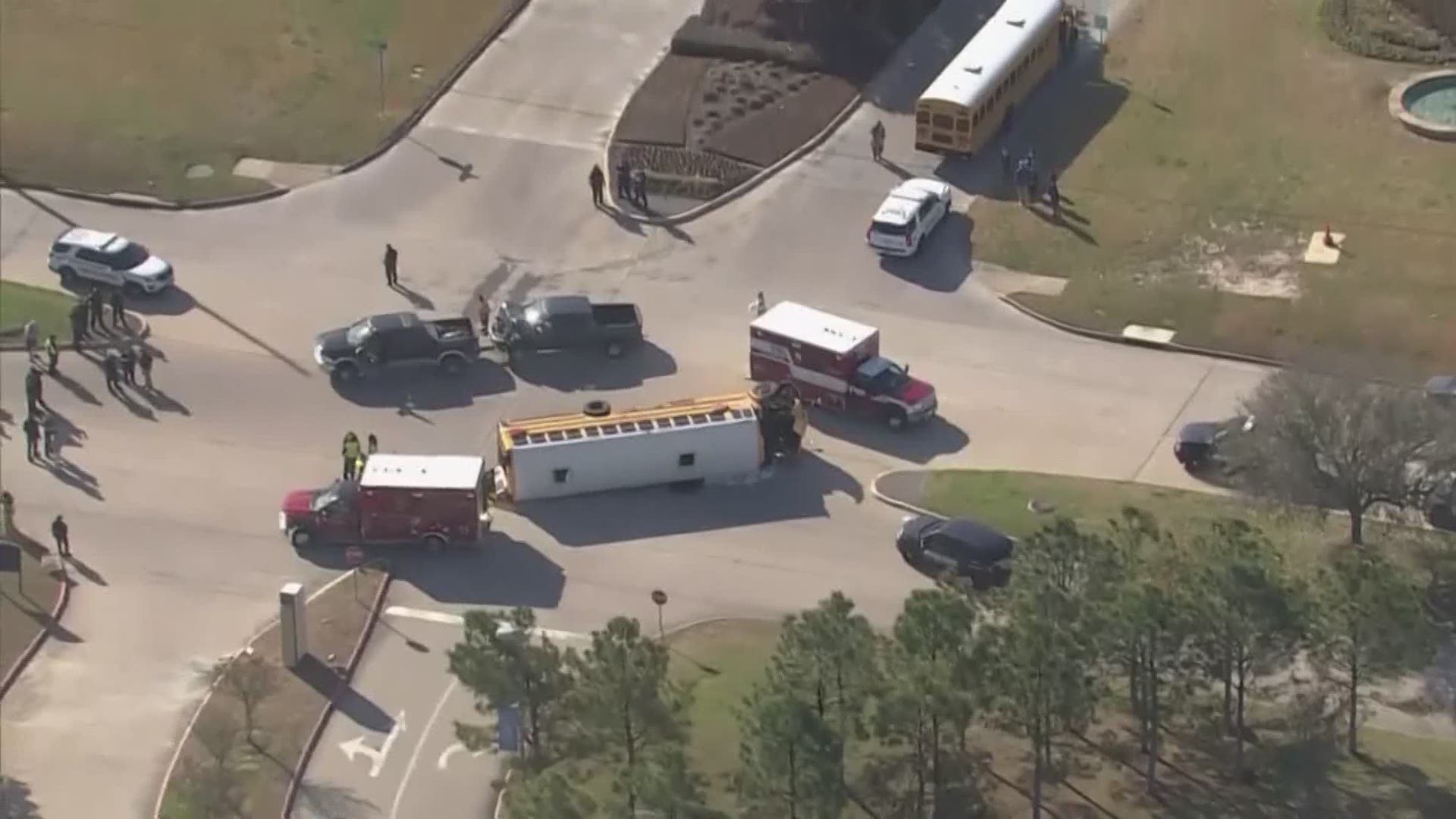 Note: the video in this story is a raw feed from Air 11 — there is no audio

A spokeswoman said that several students were being evaluated and treated for minor injuries.

The crash happened near Barker Cypress and West Road. School police, paramedics and sheriff’s deputies responded to the scene.

Views from Air 11 showed the school bus flipped on its side. A pickup truck with a smashed frontend was nearby.

The district did not immediately confirm which school the bus was heading to or from at the time of the incident.

The cause of the crash is being investigated.