The Harris County Fire Marshal is investigating the cause of the flames. 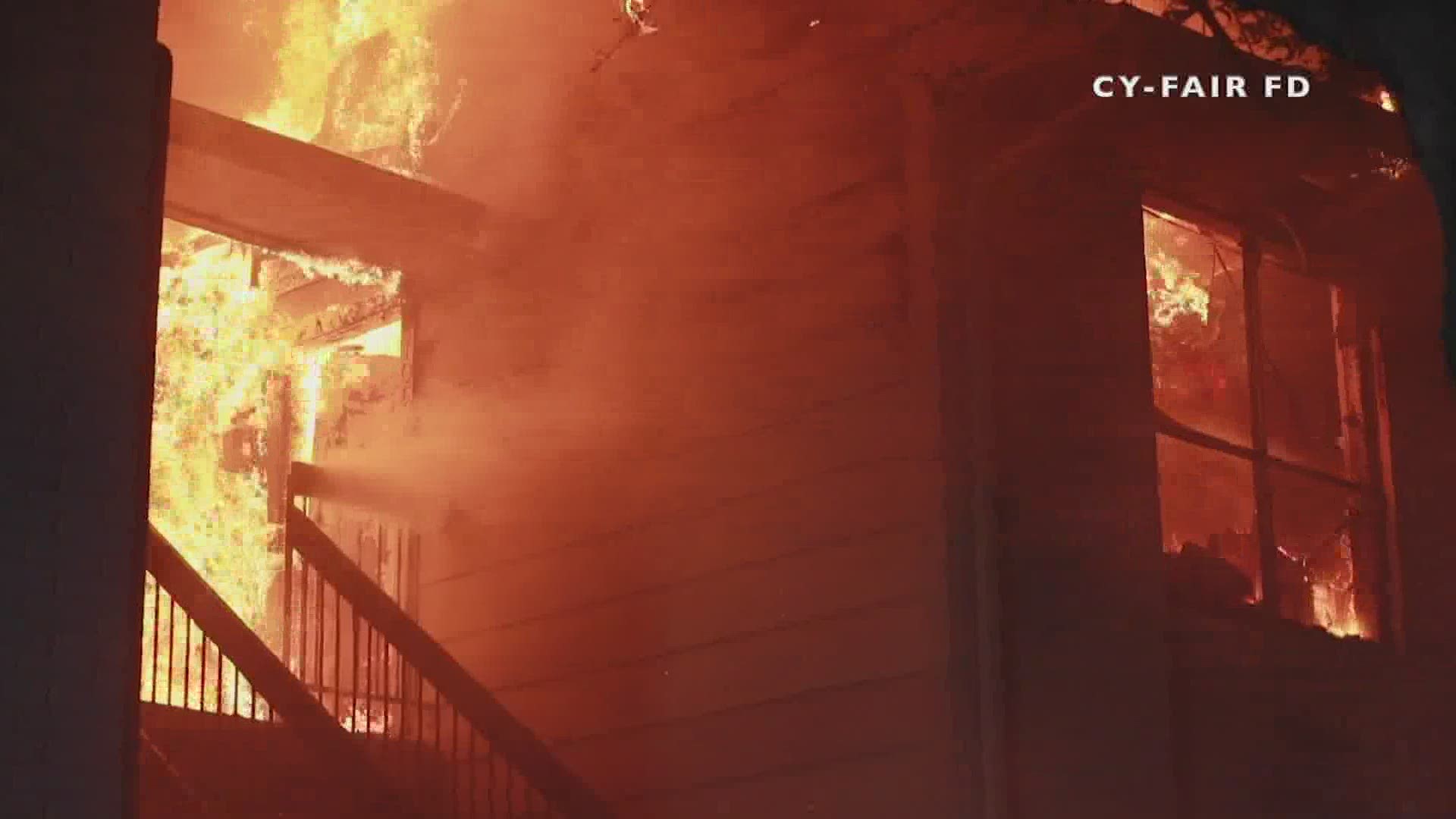 HARRIS COUNTY, Texas — About a dozen families were without a home Monday morning after an apartment building at the Colonies Landing Apartments went up in flames.

The good news is there were no injuries reported.

Cy-Fair fire crews had knocked out most of the fire by 5 a.m., but they were still monitoring for hotspots.

But around 1:30 a.m. flames were shooting from the roof of the building, located at 15550 Kingfield Drive. Several dozen fire trucks were called in, including ladder trucks, to spray water on the building from above.

One neighbor told KHOU 11 News he woke up to people screaming. He ran outside and started banging on doors to help get other residents out.

Cy-Fair Fire Captain Daniel Arizpe said the Red Cross and apartment management are assisting to help relocate the people who have been displaced. In all, about 16 units were damaged or destroyed.

The Harris County Fire Marshal is investigating the cause of the flames.