A family in Houston lost everything after a tree fell on their home. The retired couple that lived in the home is now left with nothing. 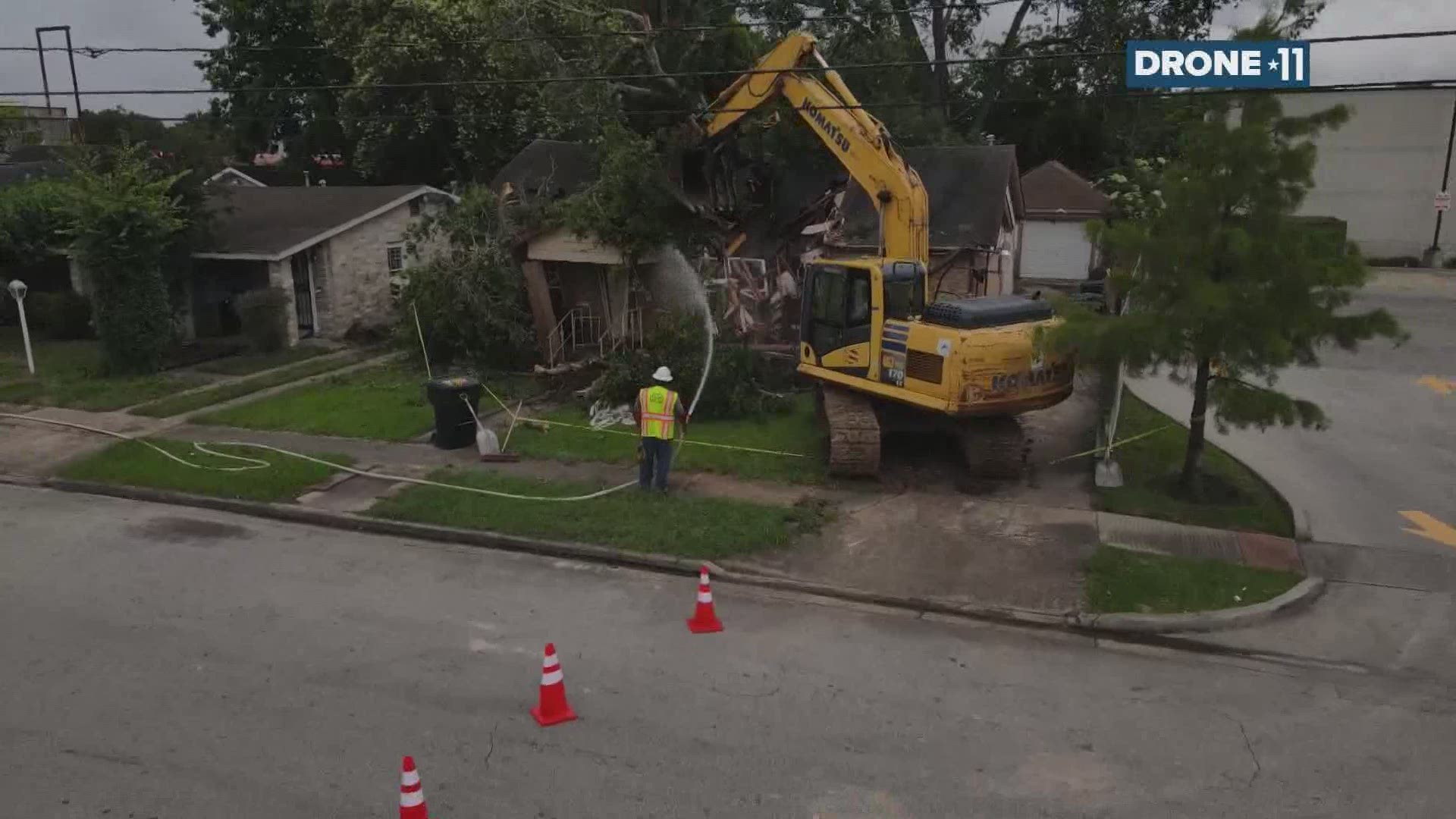 HOUSTON — A family in Houston lost everything after a tree fell on their home Thursday afternoon.

This happened on Thursday in the Fifth Ward on Farmers Street. The retired couple that lived in the home is now left with nothing.

On Friday, they had to watch the city demolish their home.

"I just heard something crack. And it hit the top of the house and it shook the house. First thing was an explosion," George Jackson, who lives in the home, said.

George and Doris Jackson tell us they were both watching TV. He was in his man cave and his wife was in the other room.

"When the roof come down, I heard ‘George? George?’ So I get up to try to get to her. I try to get where she was at. That is when something fell down on my face," he said.

George says he found his wife buried under debris. Fortunately, someone came to help them get out of the house. But they couldn’t go back inside because they say it just wasn’t safe.

And because of all the damage, the city says this was considered an emergency demolition.

The Jacksons just sat and watched as workers tore down their home, their pictures and all of the memories they made. But even though it’s a tough loss for them, it’s even tougher on George because his mother just passed away.

"I just lost my mother on Friday and I am supposed to bury her tomorrow and I don’t know what I’m going to do," he said.

Fortunately, George says he had just picked up his suit from the cleaners for the funeral Saturday. He was able to grab it because it was hanging near the door. But despite the horrible loss this week the couple says they still feel blessed.

"It's just the grace of God sweetheart," Doris said.

Blessed they were able to walk out of this home alive. And now they just hope they can get back on their feet soon.

The family was very concerned because they’re both diabetic and depend on insulin. But Trae The Truth was able to get someone to get their insulin from inside the home before the city demolished it since the pharmacies were not going to replace it.

The Relief Gang is working on getting them on a place to stay in the area. They do have renter’s insurance but they’re not really sure what the insurance will cover. They just hope that it helps them get back on solid ground. And at least buy a bed and find a new place to call home.