The survivors said the cooler helped keep them afloat in a strong current. 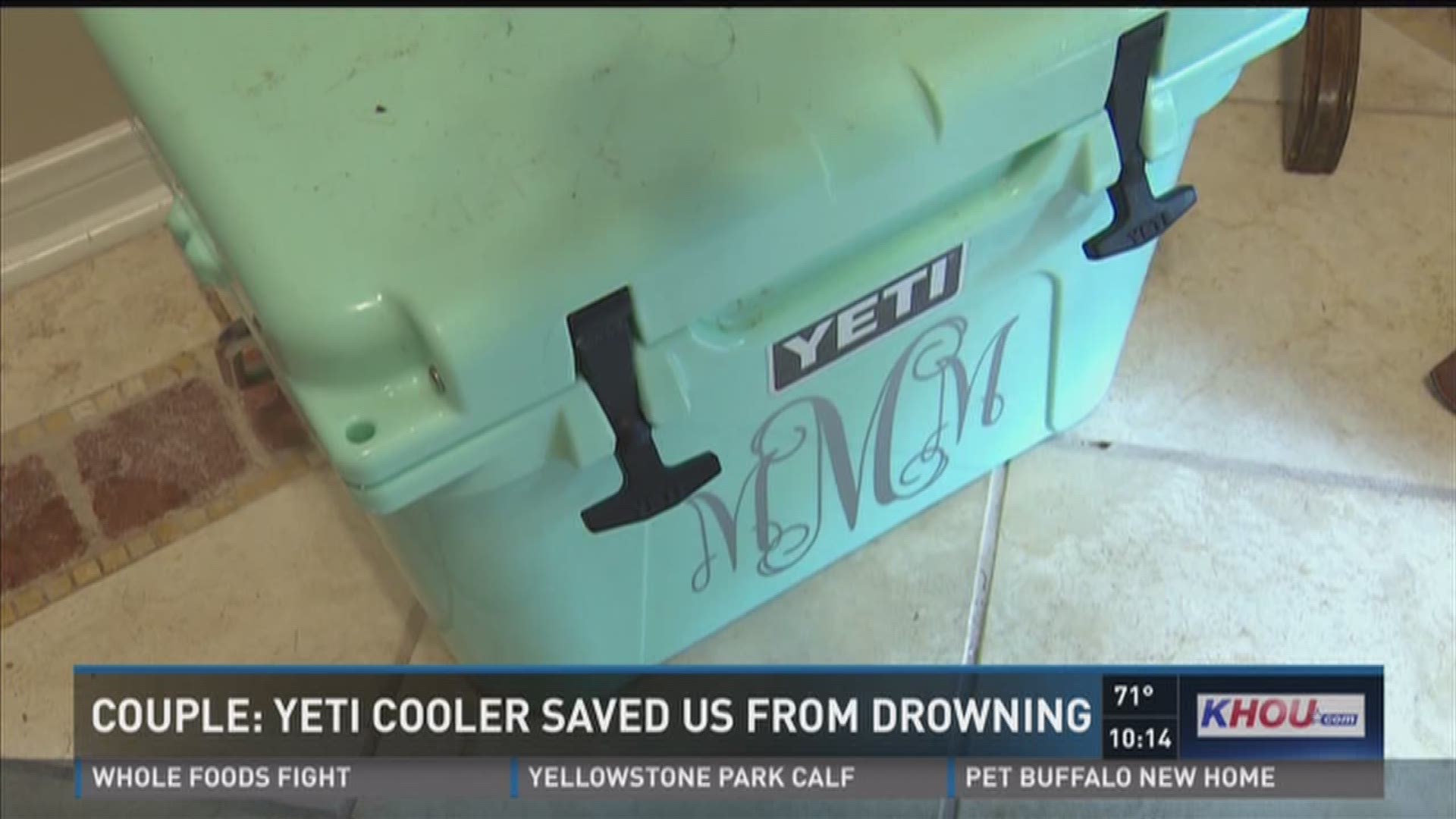 A YETI cooler saved a couple stranded in water at the Brazoria National Wildlife Refuge.

The survivors said the cooler helped keep them afloat in a strong current.

“(It) definitely got us out of the situation, if not saved our lives,” said Jered Caraway, one of the survivors.

Caraway, his fianceé, Morgan Mayfield, and their two Labradoodles went fishing on a 23-foot boat Sunday afternoon. Crowds fishing on the Brazos River near the Gulf of Mexico drove the couple to find another fishing spot.

They anchored in Lost Lake. It was perfect for a few minutes. Then, water began rising inside the boat.

“The top of the boat just started to go back almost just like the Titanic, and dogs in the boat just slid to the side, and that’s when I realized it wasn’t good,” Mayfield said.

Caraway, a very experienced boater and fisherman who grew up and once worked on guided fishing tours In the area, said rising water overwhelmed his boat’s pump, flooded its deck and eventually drowned both engines.

The couple stuffed their bags filled with their wallets, cell phones and keys into the YETI cooler. They then dragged it overboard.

“Once you seal it, you know that your contents aren’t going to spill out,” Caraway said. “You know that it’s not going to sink because it’s reinforced.”

Their Yeti turned out to be a lifesaver. Mayfield used it to stay afloat in strong currents until the couple and their dogs landed on a large debris pile. Calls for help did not bring the U.S. Coast Guard. Instead, Caraway and Mayfield walked barefoot over logs to a place where a relative’s boat saved them.

However, if you ask the couple who deserves the most credit for their survival, Yeti ranks near the top.

“I’m pretty confident we would have drowned if we didn’t have that,” Mayfield said.