The video of the man is very clear. If you know who they are, you could be eligible for a reward. 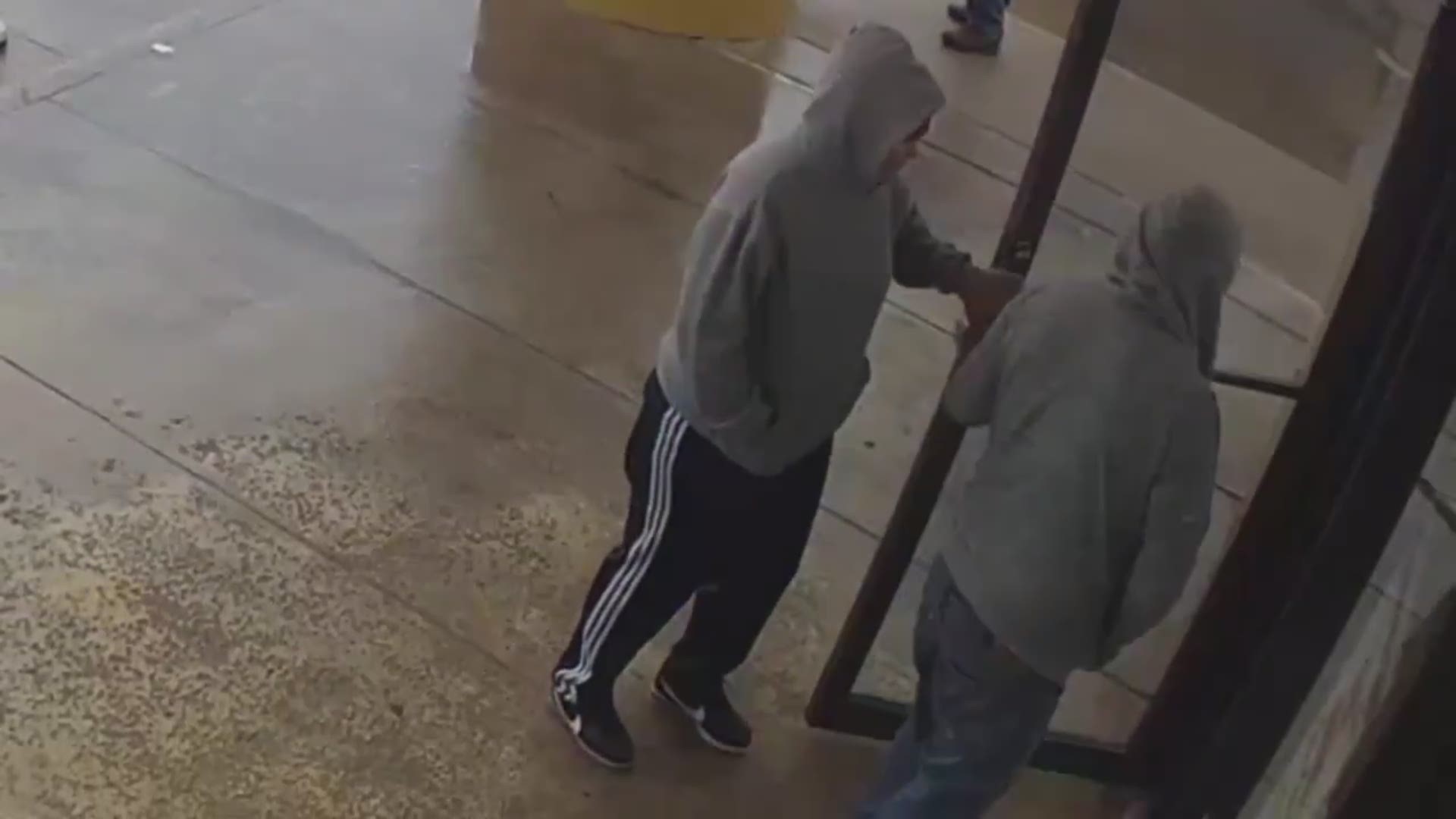 HOUSTON — Police are asking for the public’s help to ID a couple wanted for robbing a northwest Houston doughnut shop.

Take a look at the video in player above. It’s from November 14 a little before 3:30 p.m. and shows a man and woman go into a Shipley along the Northwest Freeway. The woman stands at the door while the man goes to the counter, pulls out a handgun and demands money from the register.

The employee pulled money from the cash register and gave it to the man.  Both the man and woman then took off.

One suspect is described as an Hispanic man between 20 and 30 years old and was wearing a Texas A&M gray hoodie with maroon and blue jeans.

The woman is also between 20 and 30 years old and stands between 5’3” and 5’4” and looks to weigh around 180 pounds.  She was wearing a gray hoodie and black pants.