Cosplay for Comicpalooza? 'Do it.'

Houston-area cosplayers are getting ready the three-day pop culture event at GRB. 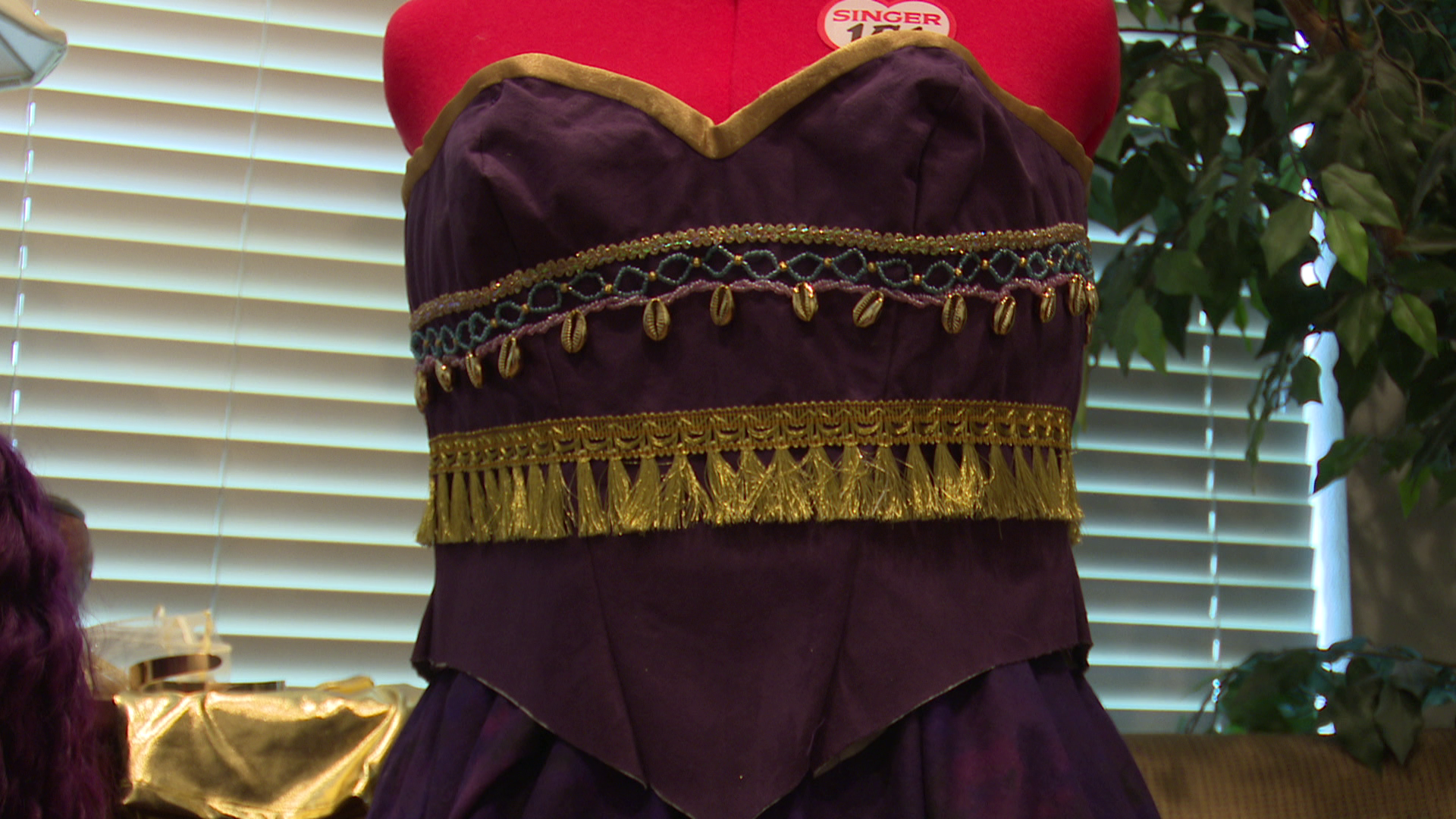 HOUSTON — Comicpalooza kicks off on Friday and it’s not just event organizers getting ready; a lot of people attending are putting the finishing touches on their costumes.

“My costume is Poison Ivy. I’ve been wanting to do this for a couple years now. I just haven’t been able to sit down and do it because it was really tedious,” says Sarah Hall, a Missouri City mom.

She’ll visit Comicpalooza for the sixth year and says she was hooked after going her first time.

With a few days to go, she has a couple additions to make to her outfit, but she says the project took her less time than she predicted.

Friendswood teacher Kerry Burkett has logged a bit more time to put her own take on a Disney villain.

“This is gender-bent Tamatoa from Disney’s Moana,” she says, showing off all the elements she’s spent sewing and building. “In the movie, he had Maui’s hook and Maui’s hook allowed him to shapeshift, so I thought, ‘What would happen if Tamatoa could use the hook as well?’”

In addition to a hand-beaded corset and straw skirt, Burkett constructed Maui’s hook and a sparkly shield that would make the shine-obsessed animated crab proud. (Check out more of her creations here.)

Like Hall, Burkett isn’t done yet, but she agrees that the effort is worth it.

“Aside from the competition I like to be involved in, seeing the kids’ reactions and seeing people get excited is the best part,” she says. “A couple years ago, my friends and I all dressed up as Disney princesses and we couldn’t walk anywhere without, every other second, being stopped by a group of kids wanting to take our pictures.”

While Hall and Burkett have made elaborate costumes, they say “closet cosplay” is always an option too. That involves pulling together a costume from what you have at home.

If you’re on the fence about dressing up, these women offer up some advice.

“I would say do it. Even if you don’t want to spend hours and you just want to put together a shirt and pants, just do it,” Hall says. “Somebody somewhere is going to recognize you.”

Burkett echoes that: “Be brave. Get out there. Maybe you’ll get bitten by the cosplay bug.”

Comicpalooza opens up on Friday and runs through Sunday at the GRB. Get tickets here.