The 2016 murder of 11-year-old Josue Flores put the spotlight on the men's shelter in Houston's Near Northside neighborhood. 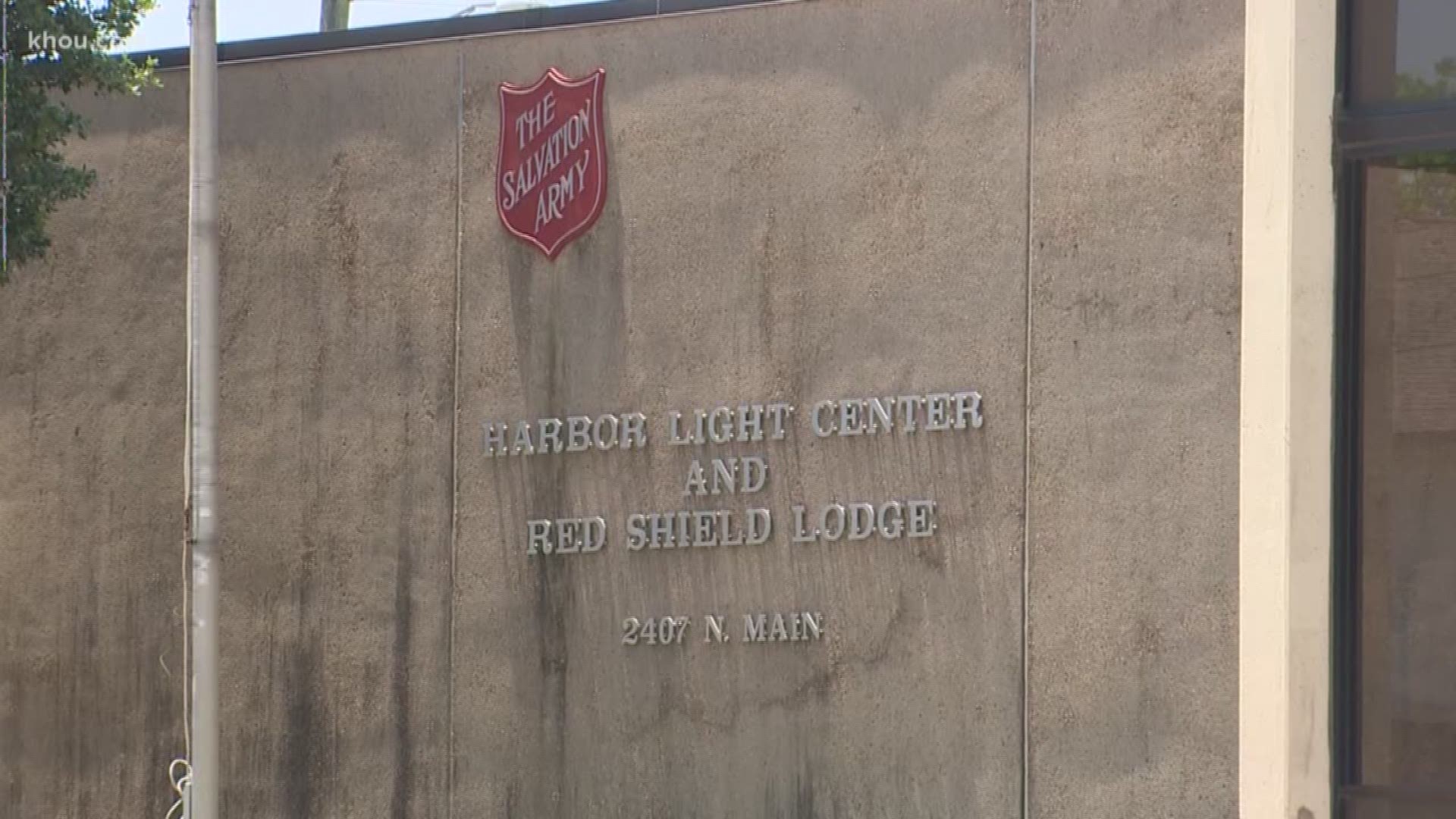 HOUSTON — A controversial Salvation Army shelter thrust into the spotlight after the killing an 11-year-old boy is shutting down.

Officials with the nonprofit announced they’ll close the Harbor Light Center, their men’s shelter on North Main Street in Houston's Near North Side neighborhood, but they say it’s not because of the intense public pressure over the last two years.

For Stella Mireles Walters, the more than two-year-long battle in her backyard is finally over.

“It’s like a David and Goliath story,” said Mireles Walters, who runs the Safe Walk Home Northside program. “It’s been a long time of waiting, of meetings, of pleading, of crying, and it’s really unbelievable.”

Walters and others living here blame some of the men staying at the shelter for drug usage, loitering, and sexual acts in public near neighborhood schools.

Diana Lerma Pfeifer, another Near Northside resident, says blue tarps covering the fence of an elementary school near the shelter were put up to shield students from seeing the bad behavior.

“When you see someone that’s sometimes not even fully clothed standing on a corner, it’s very frightening, very intimidating,” said Pfeifer.

Neighbors and public officials at a press conference outside the Harbor Light Center on Friday acknowledge most people getting help at the shelter are not bad people, and there’s a real need in the area for permanent supportive housing.

However, they are adamant that a men’s shelter does not belong near several schools.

“This is a wonderful early Christmas gift to the northside community,” said Mireles Walters.

The calls to get rid of the Harbor Light Center ramped up after 11-year-old Josue Flores was murdered while walking home from school in May 2016.

“We’re not losing programs, we’re just moving them around to help us better facilitate and help and be more efficient to our clients and serve our clients in Houston so much better,” said Major Davis.

Davis says Harbor Light’s clients will move downtown into a renovated space near Minute Maid Park, formerly the site of the organization’s Sally’s House emergency shelter. It will open January 1, 2019.

Flores’ murder is still unsolved. On Friday, Near Northside residents asked anyone with information to contact authorities.