The Medical Examiner’s Office has identified the two victims who died as Dustin Don Day, 36, and Shawn Andrew Kuhleman, 32. 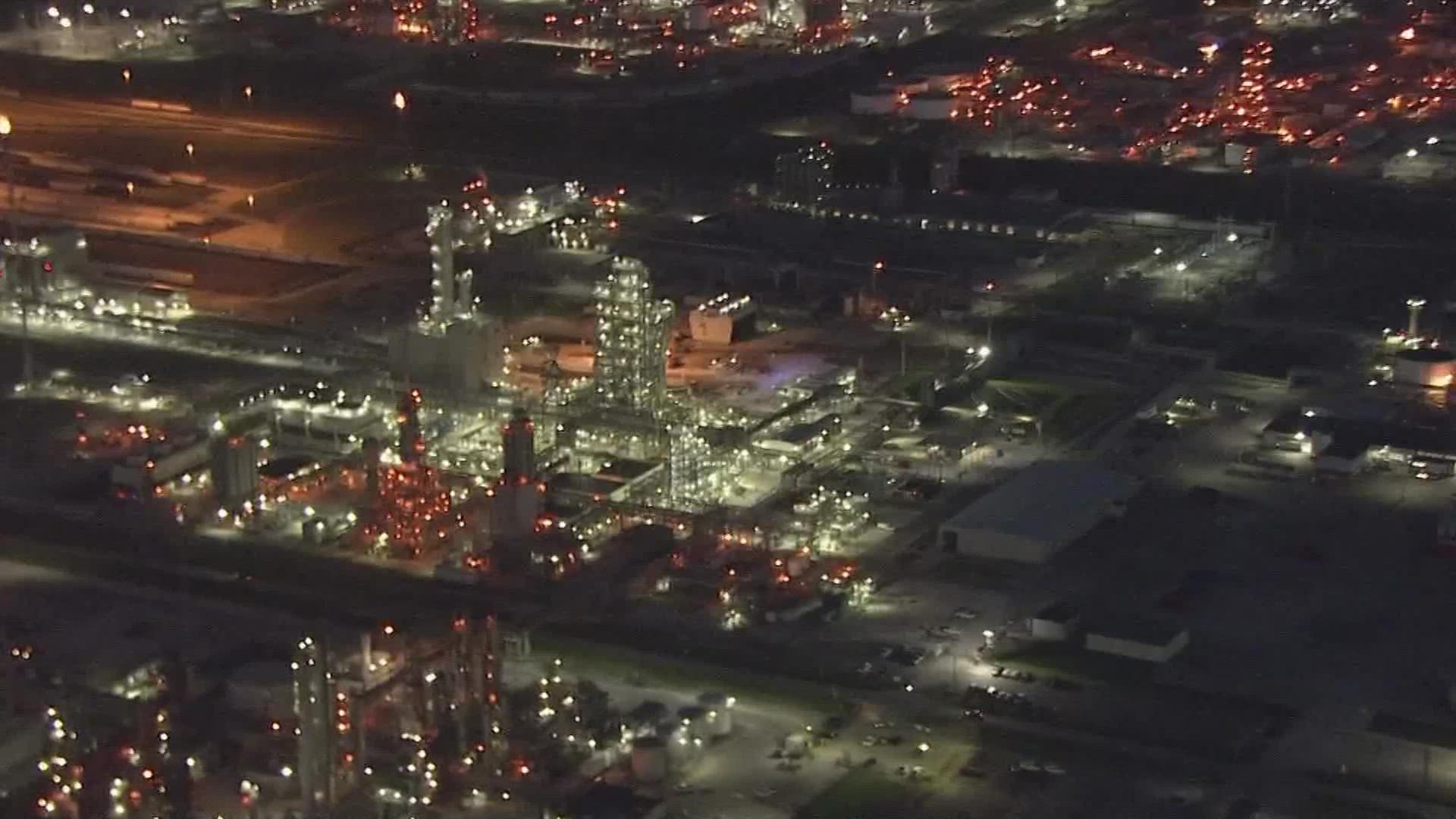 LA PORTE, Texas — The two contractors who died during Tuesday night’s acid leak at a La Porte facility have been identified.

Investigators are working to find out what happened in the moments leading up to the deadly leak at the LyondellBasell facility located at 1515 Miller Cut Off Road. The incident happened around 7:30 p.m.

Along with the two deaths, 30 were taken to area hospitals, according to officials. As of Wednesday night, 28 of them had been released.

Nearly a dozen lawsuits have been filled against LyondellBasell after a chemical leak.

Two separate groups of attorneys are representing those that were injured during Tuesday’s incident.

Attorneys that represent some of the injured are now sharing what those workers were dealing with that night.

“100,000 pounds of acid being released in a smoke type of mixture spreading through the plant. Some of them have almost broken down in tears recounting something that happen days ago,” Adam Lewis, attorney with Arnold & Itkin LLP, said.

According to one of the court documents filed Thursday, they claim LyondellBasell was aware of a leak in the Acetyls Unit and that they called a company that specializes in sealing and repairing these industrial leaks.

The lawsuit states later that same evening was when the mixture of acetic acid was suddenly released.

“I couldn’t imagine someone looking at a wall of extremely flammable and dangerous chemical moving towards you at a rapid pace. Knowing this could be your end,” Lewis said.

Attorneys said their clients are still being medically evaluated for their injuries but added that time is of the essence.

They want to make sure they start their own independent investigation.

“Have our experts go out there do our due diligence while evidence is still present and take legal evidence to preserve that evidence,” Lewis said.

The plaintiffs are all seeking $1 million.

LyondellBasell is aware of the lawsuit. Since this is now pending litigation, they are not able to comment further.

Company officials said the unit where the leak happened was partially shut down due to planned maintenance.

Officials with the Texas Commission on Environmental Quality said the material released was a mixture of catalyst, acetic acid, methyl iodide, and hydrogen iodide.

The TCEQ said most of the material was contained and will be treated at the facility's on-site wastewater treatment plant.

"Testing will be performed to confirm no off-site impact. Cleanup and decontamination were initiated overnight," Goff said.

Officials have not released the identities of those who were killed or injured.

"No one wants an incident like this to happen, and when it does, it has an effect on us all," said Michael VanDerSnick, LyondellBasell Senior Vice President of Manufacturing. "We will find out what led to this release how it happened and to prevent a situation like this from happening ever again."

Harris County Pollution Control Services Department officials said there is no threat to the air quality in the area, but they are continuing to monitor.

"We are not sure what really happened. The company has to work on some decontamination that has to place before we can actually enter that area the company is working at that now," HCFMO Asst. Chief Bob Royall said.