Conroe police chief kicked out of doctor's office over gun

Conroe Police Department Chief Philip Dupuis said he was also wearing his badge and clearly identified himself to the office manager at Texas ENT who told him to leave. 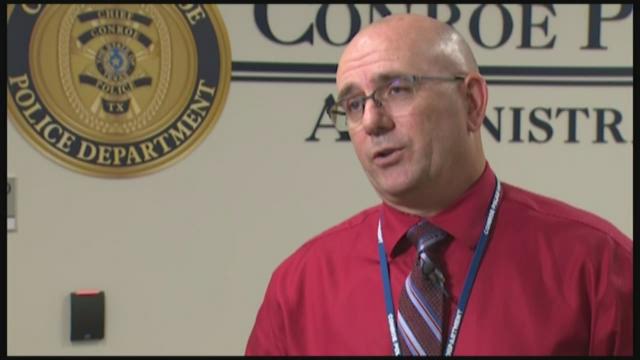 THE WOODLANDS, Texas - A local police chief is reeling after he was refused treatment at a Woodlands doctor’s office Tuesday because he was wearing his gun in his holster.

Conroe Police Department Chief Philip Dupuis said he was also wearing his badge and clearly identified himself to the office manager at Texas ENT who told him to leave.

Notices posted outside the door of Texas ENT clearly state it prohibits both concealed- and open-carry firearms inside the building.

Chief Dupuis says he has never been kicked out of a business for wearing his firearm in his 35 years in law enforcement and was embarrassed in front of the other patients in the waiting room.

He acknowledges it is a private business's right to refuse service or treatment to whomever they please, as it is his right to take his business somewhere else.

A spokesman for Texas ENT told KHOU 11 News an office employee made a big mistake yesterday and said he has personally apologized to Chief Dupuis.

Dupuis said he expected to hear from his physician, Dr. Rosalie Burke, M.D., rather than a manager of the practice. He said she has not attempted to contact him.

Texas ENT released the following statement in response to the incident:

"We regret the situation yesterday involving Chief Dupuis and a member of our staff. We have personally apologized to Chief Dupuis for any inconvenience or embarrassment he experienced. Our team is working diligently to insure that a situation like this does not occur again. Our company values law enforcement officers and first responders for their selfless service and will serve them and our communities with the utmost respect.”

Chief Dupuis said he was not looking for attention but got a swarm of responses after posting details of the incident to Facebook.