From past natural disasters to campaign stops, Houston is no stranger to presidential visits. 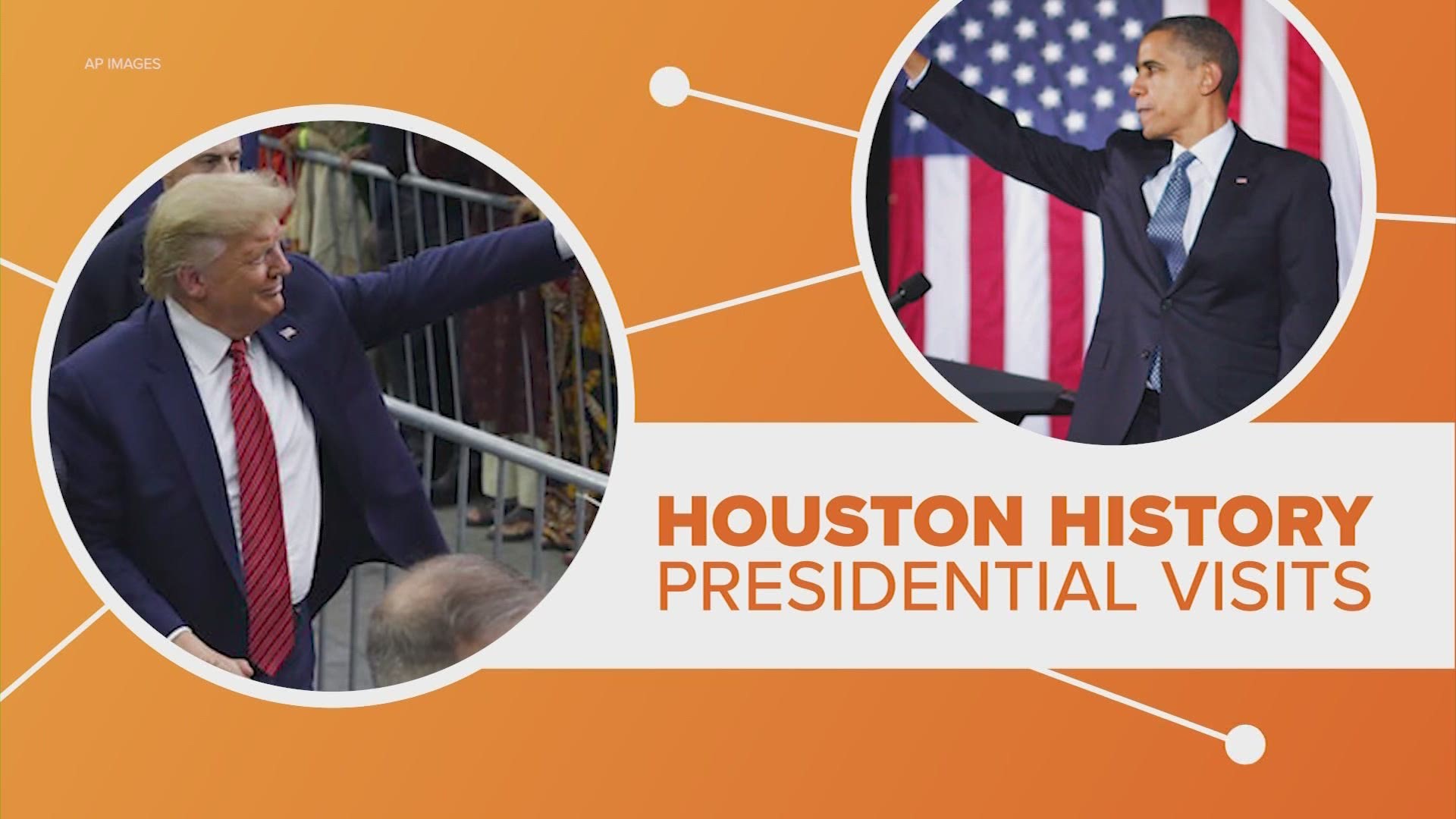 HOUSTON — Houston is no stranger to presidential visits, but why has the leader of the free world come to the Bayou City in the past?

The last presidential visit was President Trump. He came in 2019 for an appearance with Indian Prime Minister Narendra Modi at NRG.

Before that President Trump paid a visit in the wake of Hurricane Harvey. But during that stop, his role was less campaigner and more comforter in chief after the devastating storm.

Presidential visits to Houston are not always public events.

In recent years, presidents from both parties have had another big reason to stop here -- money. Both President Obama and Trump made visits here to raise big bucks for their parties.

One of the most famous presidential visits is also the most bittersweet.

President John F. Kennedy stopped in Houston on November 21, 1963, the day before he died.

According to historians, no official motorcade was planned in Houston because the President was concerned no one would show up. But 75,000 Houstonians lined the streets as he headed to the Rice Hotel.

He spoke at a fundraiser and made an impromptu stop at LULAC where Jackie Kennedy impressed the crowd with her Spanish.

It’s not just American Presidents who come to Houston.

In 1989, soon-to-be Russian President Boris Yeltsin visited. In fact, experts say his visit to a Randalls in Clear Lake helped shatter his view of communism because people in Houston had access to such a wide array of food.