Adrian Jackson is in “pretty good spirits,” according to the head of the National Association of Letter Carriers, Branch 283, which includes Houston. 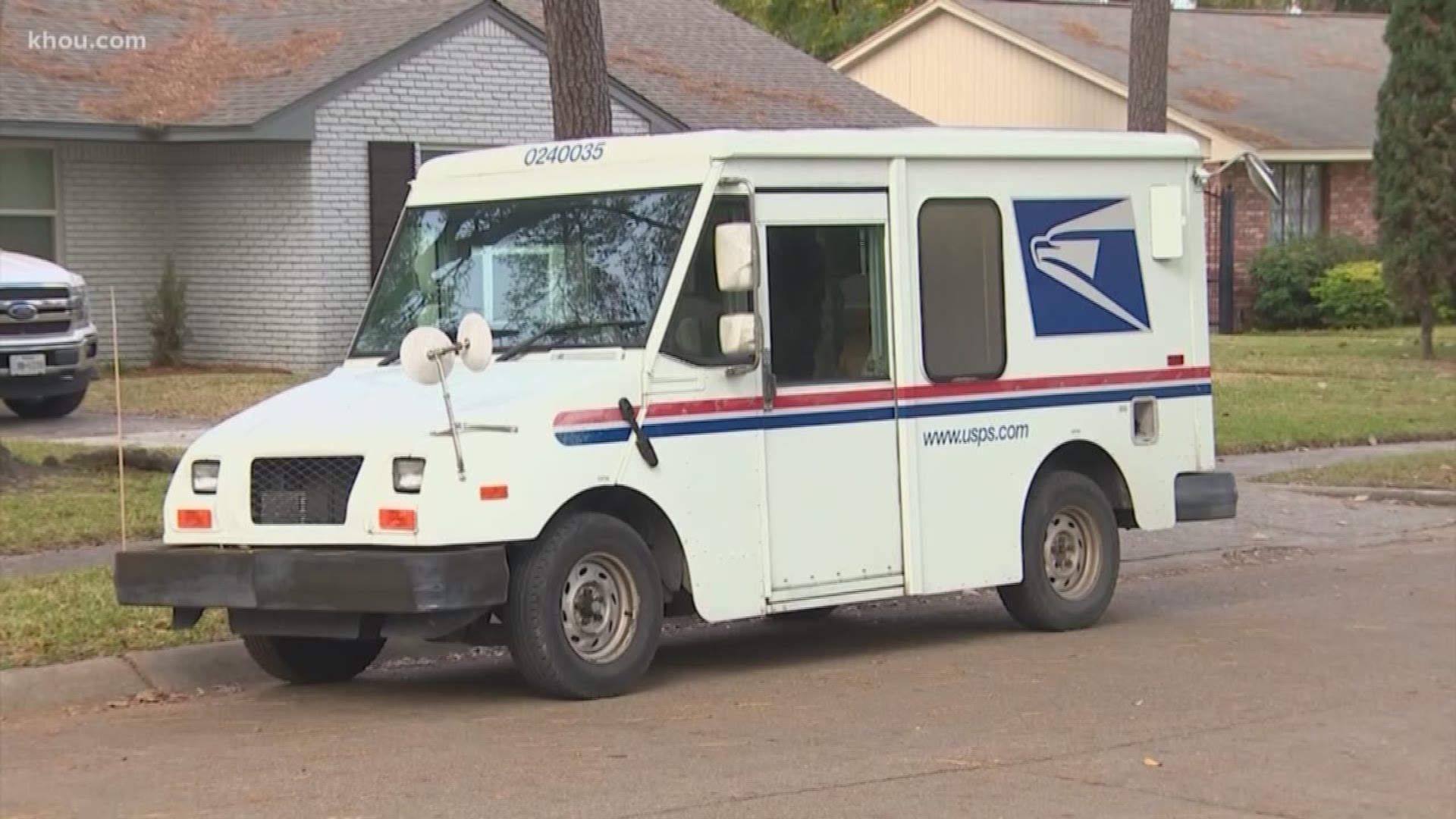 However, Ferguson said Jackson’s family does not want more information on or photos of Jackson released because the gunman is still loose, and they don’t know a motive.

Jackson was shot around 2 p.m. while delivering mail on Cedardale Street near Gessner.

“Kind of surreal,” said one neighbor identifying herself as Kathy. “It just didn’t make any sense.”

Kathy said she was laying in bed watching TV when she heard four gunshots, the same number reported by several other neighbors.

“Maybe a second later, a man is screaming out in pain, ‘Help me!’” recalled Bobby, another neighbor who opted to give his first name only.

Bobby, Kathy, and others looked out and saw Jackson laying by a fire hydrant.

“Someone just got shot right out here,” said another man. “I couldn’t believe it. I called 911 real quick.”

“I lifted his shirt and could only see one hole in his back,” Bobby said.

“I went and put pressure on one of the wounds,” Kathy said.

Jackson was still responsive when first responders got there roughly five minutes later.

“He was on the phone with his supervisor or work trying to explain what had just happened,” Bobby said.

Another man said the gunman approached one of his workers moments before the shooting.

“He (said) only, ‘Do you got marijuana, or the house is for rent or sale?” recalled the man, who chose not to give his name to KHOU. “That’s it. He left. When he (went) outside, (my workers) hear the shots.”

Neighbors who knew Jackson from his route told KHOU they have no idea why someone would attack him.

“If you had a package, he would offer to bring it into your garage instead of just leaving it on the door for me to carry,” recalled Kelly, who lives nearby. “Just always went the extra mile. Very, very sweet man.”

A neighbor told KHOU the shooter was a white man with tattoos covering his face, neck, and arms, last seen wearing a white T-shirt and baggy shorts.

Police think the shooter drove off in a black Honda Fit. They said he also shot his gun at a nearby business but did not hit anyone.

HPD officials ask anyone with information on the case to call HPD Major Assaults & Family Violence Division at 713-308-8800 or Crime Stoppers at 713-222-TIPS.

The U.S. Postal Inspection Service is offering a $50,000 reward for any information leading to an arrest.