Company demonstrates system that puts out tank fire in seconds

Orcus Fire and Risk, in conjunction with Protect-O-Burn, lit the tank on fire, and within seconds, it was fully engulfed. The fire was extinguished in 40 seconds. 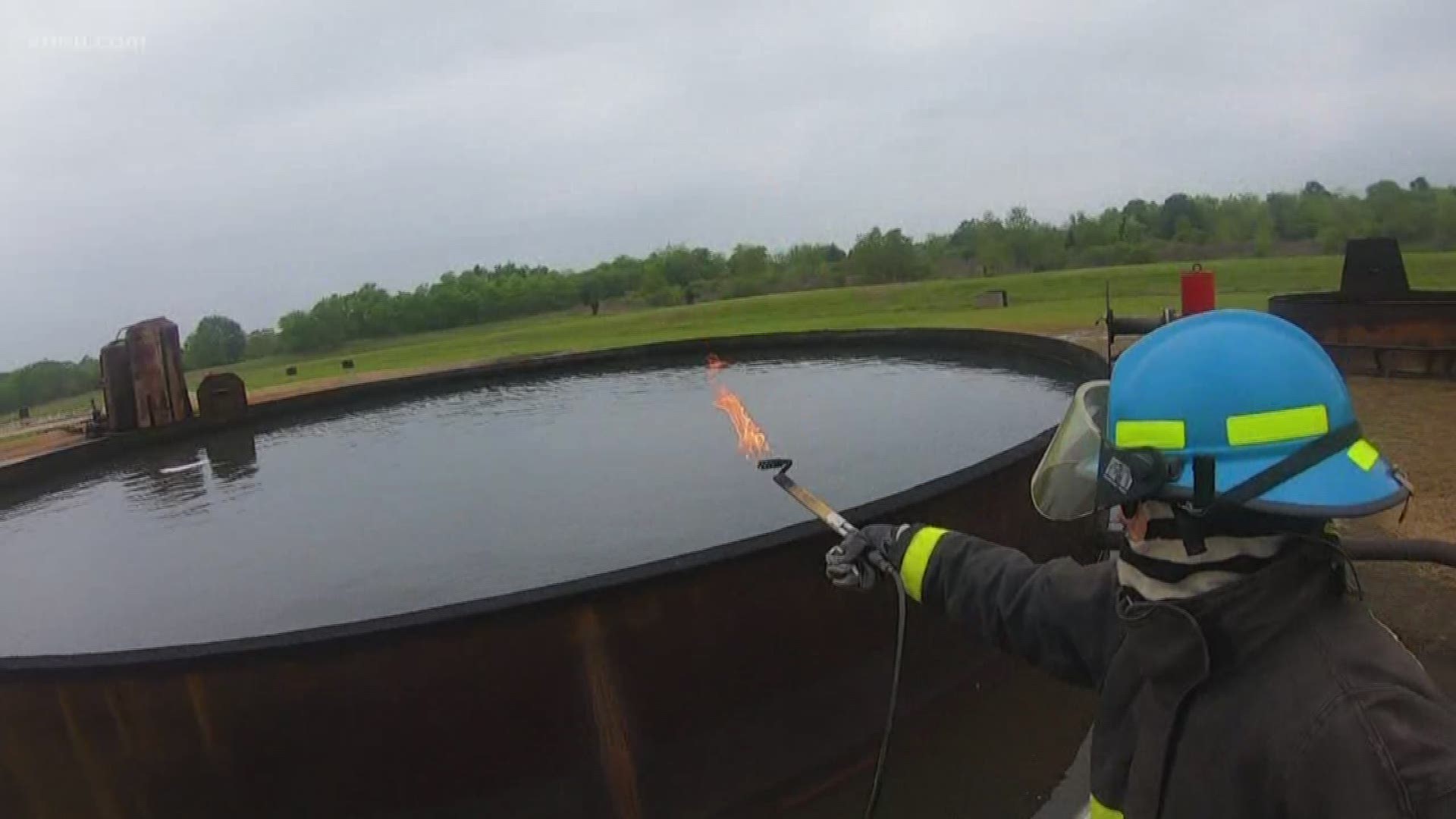 BEAUMONT, Texas — On March 20, Marcelo D’Amico, Orcus Fire and Risk’s lead fire protection engineer, told KHOU 11 News the ITC fire could have been out in seconds instead of days.

Friday, the company proved their point in a live demonstration in Beaumont.

“The fire could have been avoided,” D’Amico said. “That’s what we’re trying to do here.”

Orcus Fire and Risk, in conjunction with Protect-O-Burn, lit the tank on fire, and within seconds, it was fully engulfed. An alarm sounded, and the Protect-O-Burn tank started sending foam into the tank. The fire was extinguished in 40 seconds.

“What we saw here today is that a very simple fixed system could have extinguished a full surface tank fire at ITC in less than a minute,” D’Amico said. 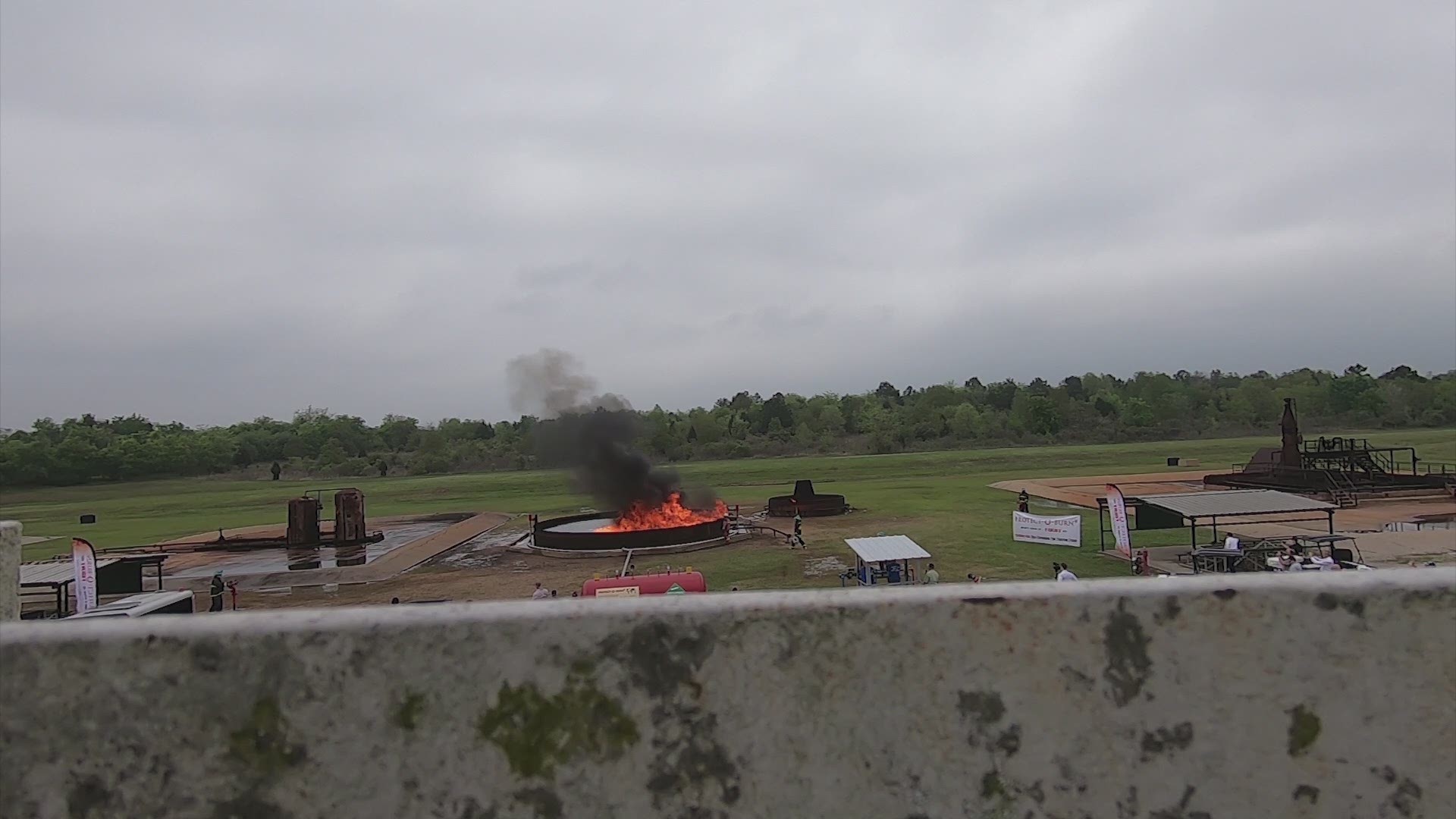 The fire suppression system is designed to be installed into any existing tank farm. Jaco Du Plessis with Protect-O-Burn explained that without a direct fixed system installed, a tank farm on fire is forced to wait for emergency responders. Meanwhile, the fire continues to grow.

“We don’t have to wait for water and pumps to kick in and resources to arrive on site,” Du Plessis said. “We have pre-engineered the entire site, the entire system and we dump that amount of foam that is needed right then and there on the fire.”

The special foam is non-toxic and cool to the touch minutes after the fire to avoid flare ups like we saw at ITC.

With these proven results, most people would assume tank farms all have similar safety measures. However, they don’t because they’re not required by national codes and standards.

Local governments could require petrochemical companies to have more fire protection. Unless the laws change, systems like Protect-O-Burn are a hard sell. A facility like ITC would need to invest $1 million to add the Protect-O-Burn system.